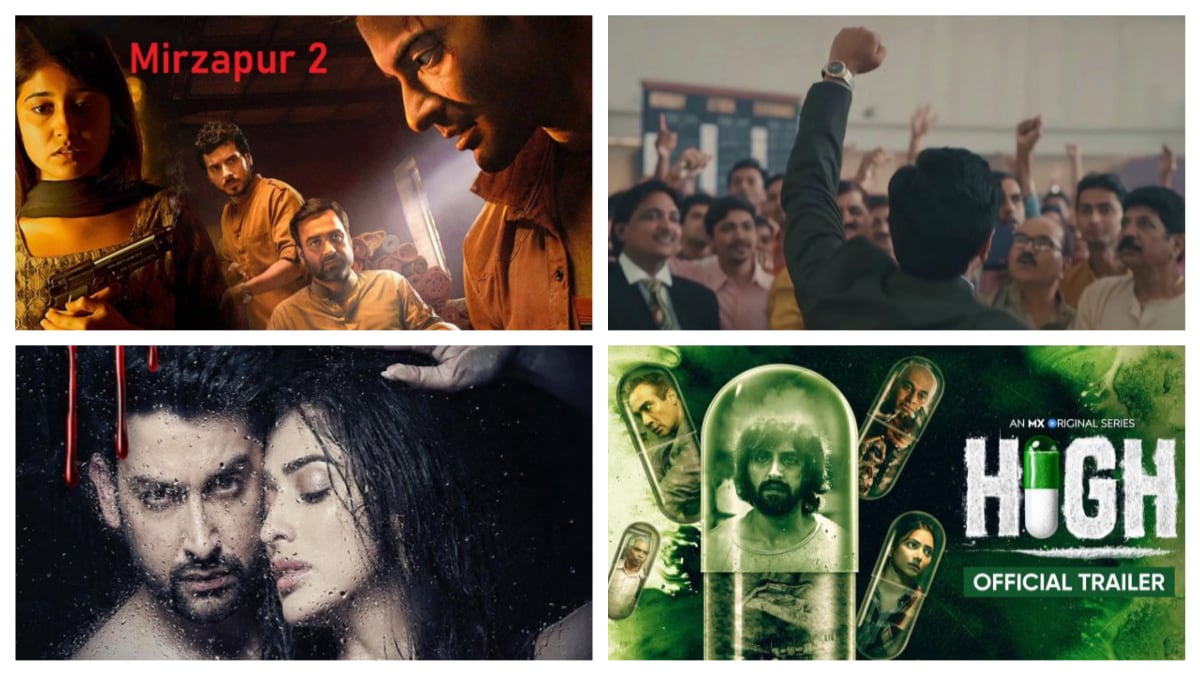 During the Corona virus epidemic, online binge watching has become an important part of our lives. In this era of epidemic and lockdown, everyone has been dependent on the OTT platform for entertainment. Although locks on theaters in India will be open from October 15 onwards, October is going to be very special in terms of OTT platform and web series. Yes, many such web series are going to be released this month, which have been waiting for a long time. Yes, you got it right, we are talking about ‘Mirzapur 2’ here. The second season of the Mirzapur series, released in 2018, is going to start on October 23. Apart from Mirzapur, this month is going to knock many other great web series, which will force you to binge watch even if you don’t want to. If you want to enjoy the web series by sitting at home even after opening theaters, then we have prepared a list of upcoming web series for you.

Web series to be released in october

The wait for Amazon Prime Video’s popular crime web series Mirzapur Season 2 is going to end this month. Mirzapur season 2 is going to start from October 23. The story of Mirzapur revolves around the Dambag family of Uttar Pradesh and two brothers, who were very fond of the audience. The first part of the series was released in the year 2018, after a wait of two years, its second season is ready in 2020, the story of which will start from where the first season ended.

The next highly awaited web series of this episode is ‘Scam 1992 – The Harshad Mehta Story’ which will be released on October 9 on sony liv. Let us tell you that Harshad Mehta was the biggest fraud in the Bombay Stock Market, whose life will be put on the digital screen through this web series. At the same time, the story of this series will be based on the book ‘The Scam’ by journalist Sucheta Dalal and her husband Debashish Basu, the trailer of the series has been released.

The issue of drugs has been hot in Bollywood for the past few days, meanwhile MX Player’s upcoming web series High is based on this issue. This crime drama series will show how drugs are being run in a big city like Mumbai. The series starts on October 7.

Aftab Shivdasani is making his digital debut with Poison 2. It is a crime thriller web series, with Aftab with Rai Laxmi in lead Rome. After a good response to the first season, Zee5 has prepared its second season. The story of the second season will be completely based on ‘Badal’. The series will premiere on October 16.

‘Expiry Date’ is a crime suspense web series with Tony Luke and Sneha Ullal in the lead. The series is accompanied by a digital debut of Sneha Ullal. The story of this series is about a couple, whose wall forms an extra-marital affair. The series will be released in Hindi and Telugu languages.