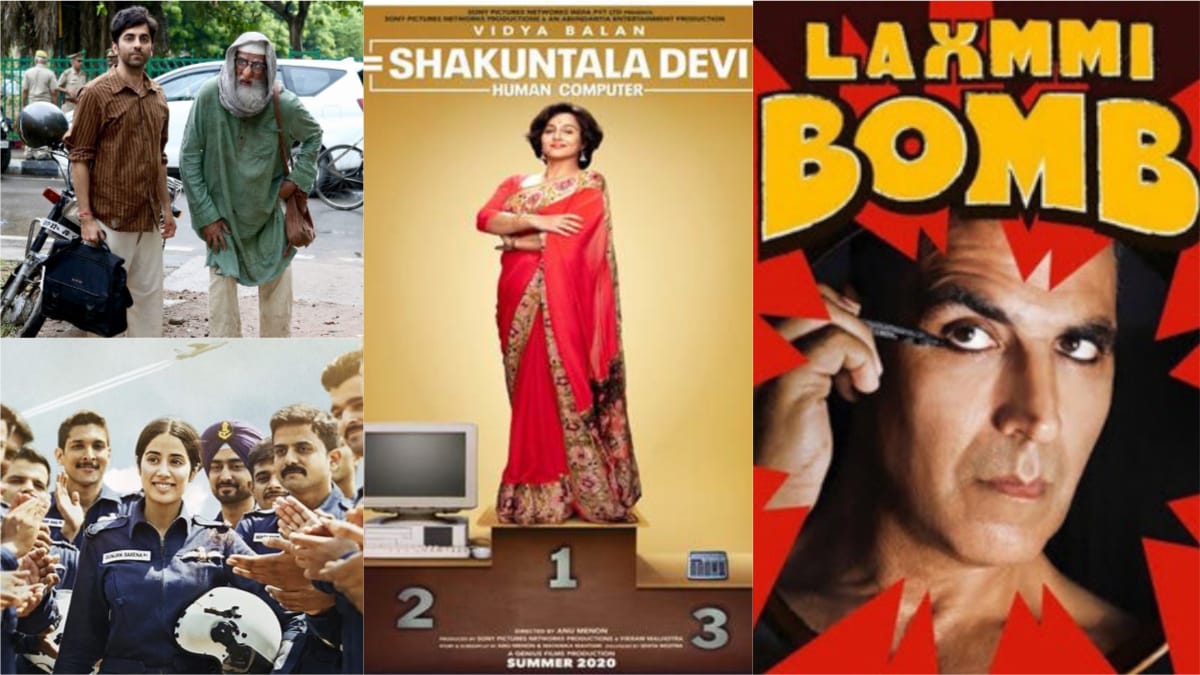 The lockdown is in force in the country due to the COVID-19 pandemic, which is likely to continue even beyond. The big screen has been sluggish for several months due to the lockdown, no new film is being released. The reason is the theaters closed due to lockdown. But now it seems that the filmmakers are not waiting any longer, they have found another way to release their film and that is the OTT platform. Recently, Bollywood superstar Amitabh Bachchan and Ayushmann Khurrana starrer film ‘Gulabo Sitabo’ was announced that it will be released on June 12 on Amazon Prime Video. After Gulabo-Sitabo, Akshay Kumar’s ‘Laxmmi Bomb’ film has been confirmed to be presented to the world through online streaming platform. There are reports that the film will premiere on Hotstar.

According to media reports, the Akshay Kumar starrer film ‘Laxmi Bomb’ can be premiered on Hotstar. There is still no clear information about the date. If sources are to be believed, the film is sold for Rs 125 crore on the OTT platform. Regarding the release date of the film, sources say that there is still 1 month of work left in the film, so the lockdown is also waiting to open. Hence the date has not been announced now.

Let me tell you, it is not just Gulabo-Sitabo or Lakshmi Bomb but there is a long list of films in this line, which is believed to be released on the OTT platform instead of theaters. So let’s know which movies can be released through online streaming if the lockdown does not end.

‘Shakuntala Devi’ is Vidya Balan’s upcoming biopic in which she plays the mathematician Shakuntala Devi. It has already been announced that the film will be released on Amazon Prime Video. Vidya Balan herself made this announcement via social media. He wrote, “I am happy to announce that you will be able to see Shakuntala Devi with your loved ones very soon on Prime Video. I am very excited that we are able to entertain you in such an unimaginable time.”

‘Indoo Ki Jawani’ is Kiara Advani’s upcoming film, there are also reports about this film that it will be released online. However, no official announcement has been made on which OTT platform and when.

Gunjan Saxena is Jahnavi Kapoor’s upcoming film, in which she plays IAF female pilot Gunjan Saxena, also known as Kargil Girl. According to media reports, the film may be released on Netflix.

Khali-Yellow is an upcoming film by Ananya Pandey and Ishan Khattar, the film is also being said to be released on Netflix.

Jhund is a sports drama film in which Amitabh Bachchan is playing an important role. While Amitabh Bachchan’s Gulabo-sitabo is being released on Amazon Prime, there are some similar reports about the herd. The film was earlier scheduled to release on May 8, but the release was postponed due to the Corona virus lockdown. Now it will be interesting to see where this film is released, on the screen or on the digital screen.