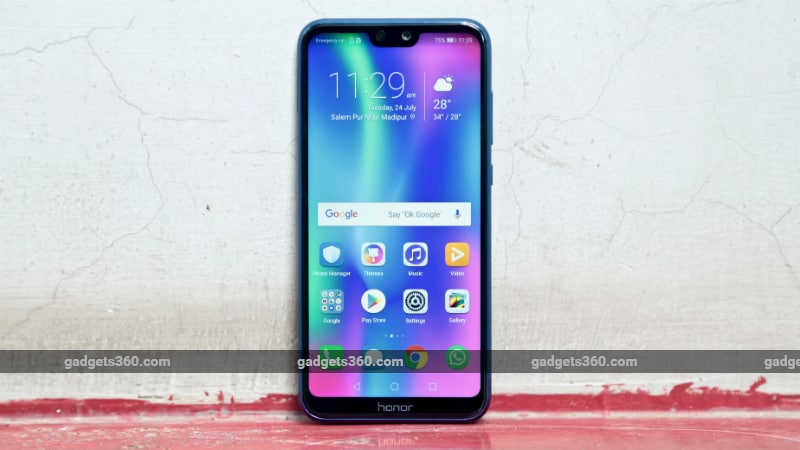 Honor has taken out another budget smartphone for Indian customers from its box. Honor 9N handset is an upgrade of last year’s Honor 9 Lite (review). The changes are small, but cannot be ignored. The display uses the notch. The selfie camera has become 16 megapixels. It comes with glass back, dual rear camera setup, 19: 9 display and out of box Android 8.0 Oreo.

The price of Honor 9N in India starts at Rs 11,999. Its direct competition is from handsets like Asus ZenFone Max Pro M1, Oppo Realme 1 (Review) and Moto G6 (Review). Does this new smartphone of Honor have the power to make its own identity in the budget segment? Let’s know …

The design of Honor 9N attracts attention at first glance. The back panel is made of glass and comes with a glossy finish. The horizontal dual camera does not protrude beyond the surface of the backpanel. The antenna line is hidden. For these reasons the back panel seems very clean.

The 5.84 inch display has a notch at the top which is quite small. There is no doubt that there is not a single opinion among the customers regarding Display Notch. Therefore, Honor has also given an option to hide the display notch in the Settings menu. Actually, with the help of this, the user can blacken the adjacent side of the notch. 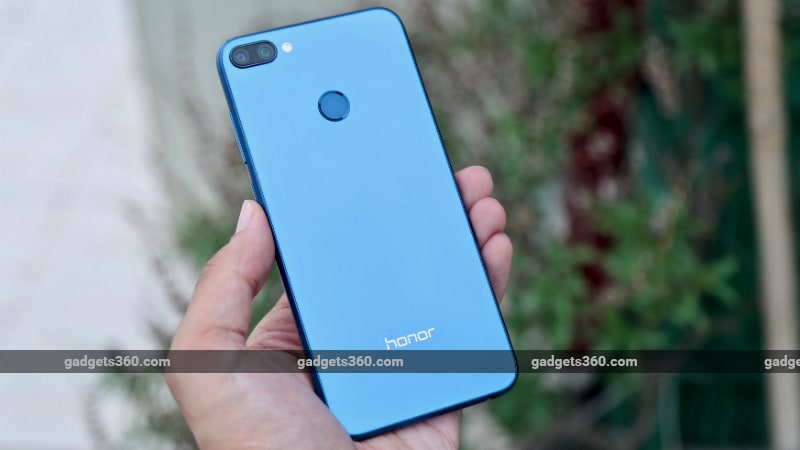 The smartphone is very compact. Made for use with one hand. The curved edge and curved side make this device feel good in the hands. But it also slips easily. Glossy glass back also causes fingerprints on it. Build quality is praiseworthy. The phone feels strong in the hands. It dropped several times during the review, but nothing happened to it.

The existing fingerprint sensor on the rear works fast and is also accurate. It can also be used to take pictures, take phone calls, and slide the notification panel. The good thing is that using these gestures with fingerprint sensor is possible with any finger. Not just the finger that has been registered for the security of the device.

There is room for a SIM tray on the left side of the Honor 9N. Here you have to choose one of the other Nano SIM and MicroSD card. There are volume and power buttons on the right side. They are a little smaller than our liking, but there is no problem in reaching them.

There is a micro-USB port at the bottom of the phone. It also has a 3.5mm headphone jack and a loud speaker. Disappointed to not see a USB Type-C port for data transfer and charging. Now UAB is starting to bring the Type-C port into practice and the time has come that Honor should make this hardware feature a part of its budget handset. 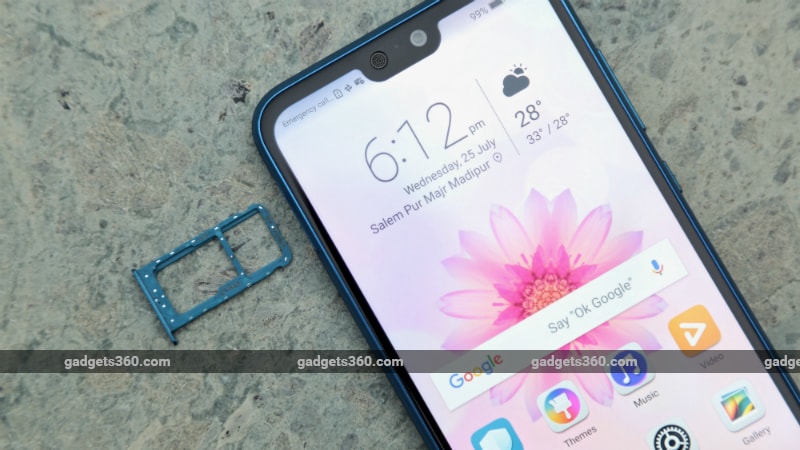 Honor 9N has a 5.84 inch full-HD + IPS display with a 19: 9 aspect ratio. The screen is dominated by the front panel. But it is not a completely borderless screen. There is still considerable bezel on the lower side. Display is one of the important features of this phone. The viewing angle is extremely accurate and the panels are bright, vivid and punchy. The 19: 9 aspect ratio improves the gaming and multimedia experience.

If seen, the Kirin 659 processor is slightly older. It cannot challenge Qualcomm’s mid-range processors brought to date in terms of power and capacity. Honor 9N handles common tasks easily, such as web browsing and social media applications. But it lags behind when pressed. With several apps open in the background or dozens of tabs open in Chrome, we were left with a slightly weaker processor. We realized keyboard lag many times. During the review, the phone occasionally slowed down. Today’s budget phones are becoming more powerful, in such a situation, the slowing down of Honor 9N disappoints. In our experience games like Subway Surfers worked well. But in games like Asphalt 8, the framerate was reported to have fallen.

The smartphone also became hot when pressed. But not that much trouble. Call quality was crisp and clear. 4G connectivity was also very strong. Honor 9N has face recognition support and this is possible with the 16-megapixel front camera. It works fine under most circumstances. In good light, it quickly unlocks the phone. But it faces difficulty in direct sunlight and insufficient light. 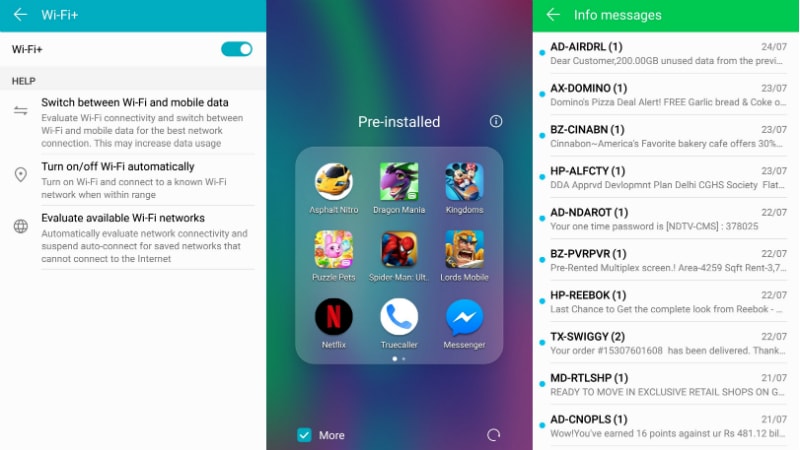 Honor 9N Out of Box runs on Android 8.0 Oreo. Huawei EMUI 8.0 custom skin has been used on top of this. At the moment, nothing has been said about the Android P update being given to this phone. EMUI now gives much better response as compared to the older version. Huawei claims that EMUI 8.0 version is 60 percent faster than EMUI 5.1. But it is still not as fast as stock Android or Oxygen OS.

Apps like Facebook Messenger, TrueColor and Netflix are pre-installed on the phone. The good thing is that they can be uninstalled. To be honest, the number of unwanted apps given in Honor 9N is disappointing.

Like Honor 9 Lite, the battery life of this phone of Honor brand is very average. In our HD video loop test, the Honor 9N battery lasted 8 hours 40 minutes. This is also lower than the average performance of this market segment. In common use, we found that it was necessary to charge the phone as soon as 9-10 pm. By use here we mean running Google Maps for two-three hours. Staying active on social media apps like WhatsApp, Twitter and Instagram throughout the day, playing asphalt 8 games for a while and occasionally using cameras for selfies and videos. There is no fast charging support. The phone’s battery takes about two and a half hours to full-charge.

Honor 9N has dual rear camera setup. The primary sensor is 13 megapixels and the secondary sensor is 2 megapixels. LED flash is also provided along with it. There is a 16-megapixel sensor on the front panel.

The Camera app is built with intelligence. It also has Pro mode where the user has the facility to control shutter speed, ISO, exposure, aperture and white balance. AR stickers are fun and a good time-waster. It can be used with front and rear cameras. 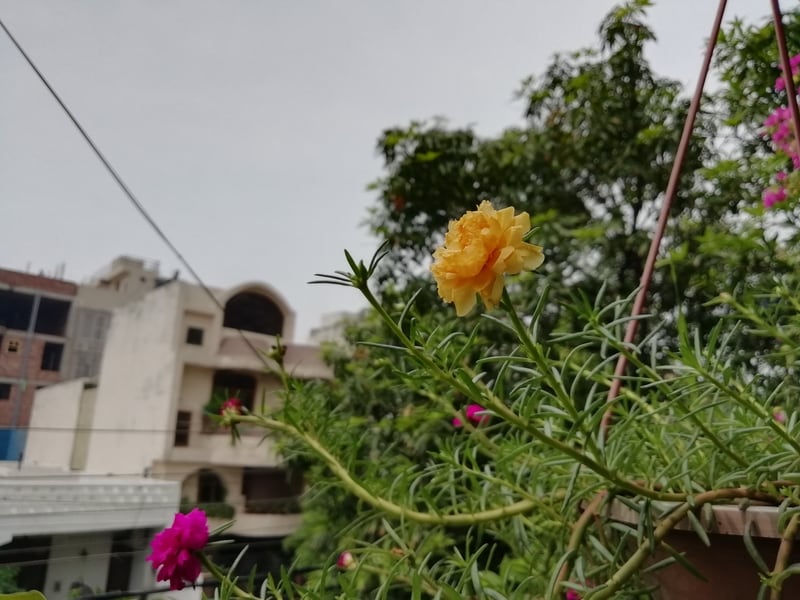 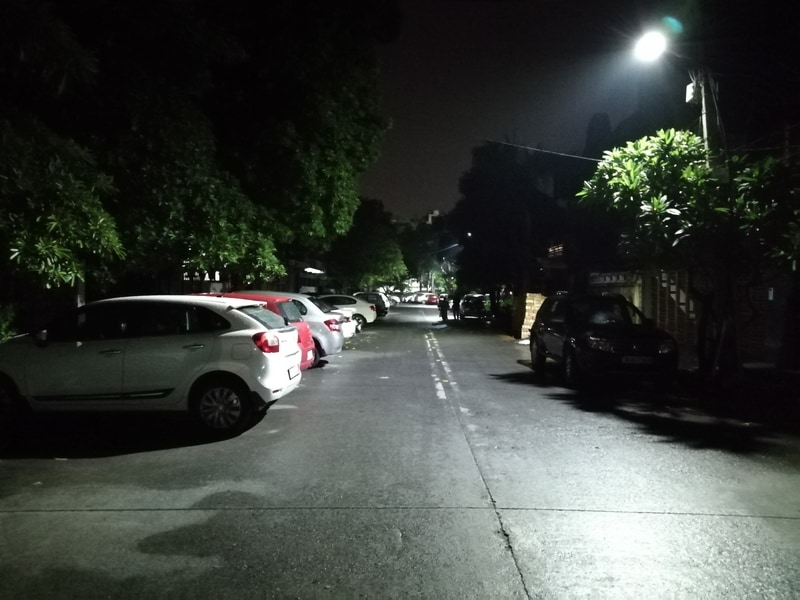 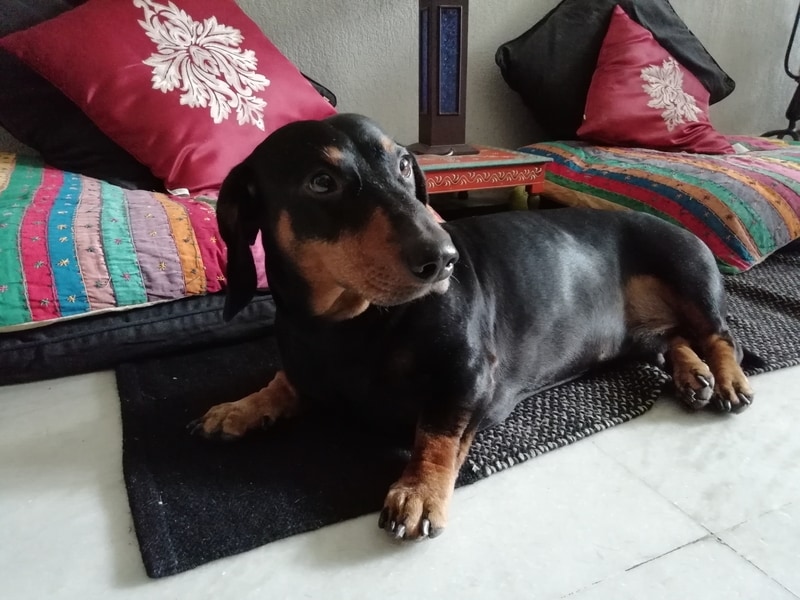 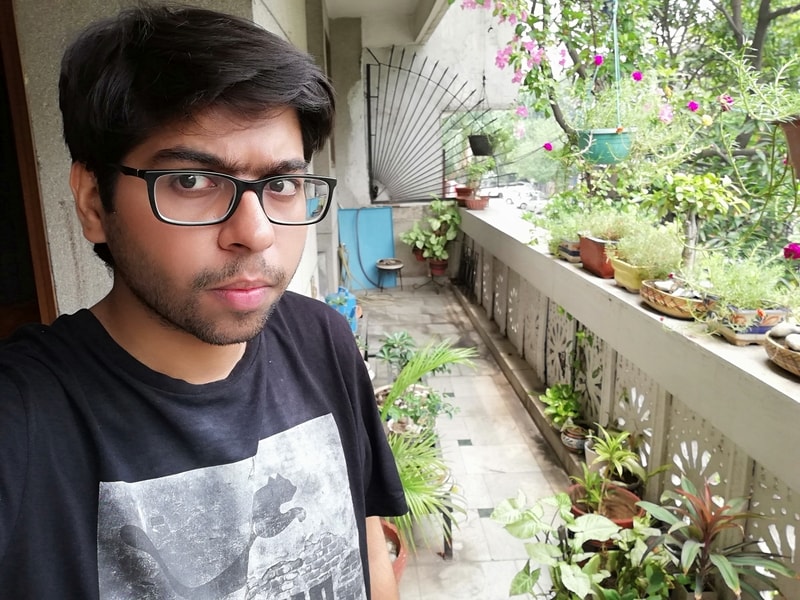 Rear camera captures better-than-average quality in suitable lighting conditions. Photos come with decent detail and colors are also accurate. In wide aperture mode you can set aperture between (F / 0.95 – F / 13). It is possible to do this before or after taking pictures. However, looking at the pictures taken in wide aperture mode, it felt as if the attempt to photoshop went haywire. Photos also did not appear to be of average quality. Edge detection was extremely average.

Camera performance is very poor in low light. There is a lack of detail in the photo and it seems sharper than necessary. There is also a glimpse of noise and the phone is also slow to focus. The condition of the front camera is also similar. It lags behind in low light and takes decent photos in appropriate light. There is also beauty mode which gives 10 level beautification and it works well. You can also take bokeh shots with the front camera. This is possible through software algorithms. Photos in this mode are of very average quality and the blur effect does not work many times.

You will be able to record videos up to 1080 pixel resolution from front and rear cameras. The quality of the recorded videos is very average and the lack of detail is evident, especially at night. The footage is shaky due to no electronic image stabilization.

Our decision
Honor 9N is a compact smartphone that comes with a vibrant display, new design and out of box Android 8.0 Oreo. The color variants are very interesting, especially Robin Egg Blue. At the same time, battery life is very average. Performance is also below average. The EMUI seems to be scattered and the cameras disappoint in low light.

If you want a sleek phone with a good display, then the initial variant of Honor 9N will prove to be a bargain for profit. The other variants are slightly more expensive and we cannot suggest you to buy them. If you are looking for a phone in this price segment, then the Redmi Note 5 Pro (Review) is a great all-round device and the Asus ZenFone Max Pro M1 is a complete profit deal. Oppo’s Realme 1 is also a good option. It comes with a more powerful processor, but does not have a fingerprint sensor.