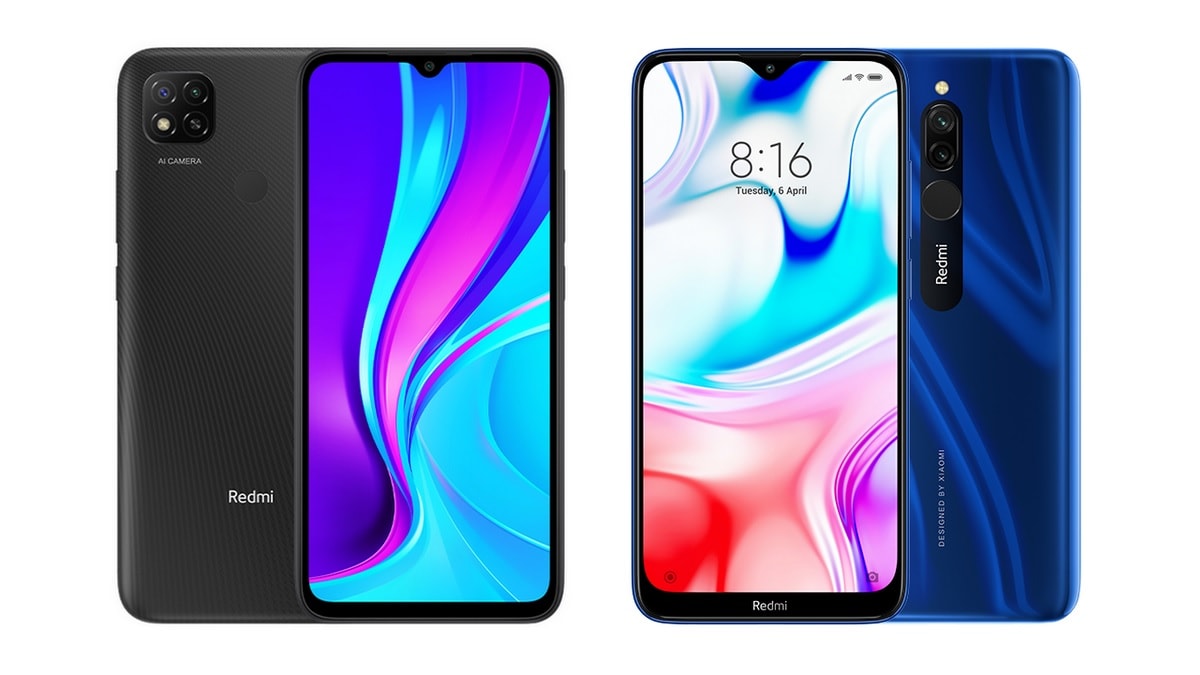 Recently, the Redmi 9 smartphone has been launched in India as a replacement version of Redmi 9C, before this phone was launched in Malaysia in June. The Redmi 9 smartphone is the successor of the Redmi 8 launched last year, which has brought some changes and improvements. In the smartphone market, this phone stands as a value for money smartphone, just like its previous version Redmi 8. So in such a situation, we have tried to put together both the old version and its upgrade version, to know what changes Xiaomi has made in the new phone compared to the previous version.

Redmi 9 vs Redmi 8: Price in India

The price of Redmi 9 starts at Rs 8,999 in India. This price is of 4 GB RAM + 64 GB storage variant of the phone. Customers will be able to buy 128 GB storage variants of the phone for Rs 9,999. The phone will be available in Carbon Black, Sky Blue and Sporty Orange colors. The cell of this phone has started in India from 31 August.

On the other hand, the Redmi 8 smartphone was launched in October last year, whose single 4 GB RAM + 64 GB storage variant costs Rs 9,999. In this phone you will find Onix Black, Ruby Red, Sapphire Blue and Emerald Green color options.

For photography and video calling, there is a dual rear camera setup in Redmi 9, whose primary sensor will be 12 megapixels and a 2 megapixel depth sensor will be provided with it. At the same time, it has a 5 megapixel camera for selfie. At the same time, the Redmi 8 is also equipped with a dual rear camera setup, whose primary camera is 12 megapixels. It is a Sony IMX363 sensor and has an F / 1.8 lens and a 2 megapixel depth sensor. This phone has an 8 megapixel camera for selfie.

For storage, up to 128 GB of storage is provided in the Redmi 9 phone, in which Micro SD card support will be available up to 512 GB. In comparison, the Redmi 8 phone will get 64 GB of storage, with micro SD card support up to 512 GB only. For connectivity, the Redmi 9 includes 4G LTE, Wi-Fi, Bluetooth 5.0, GPS / A-GPS, Micro-USB and 3.5mm headphone jack. The phone has a fingerprint sensor on the back. At the same time, 4G VoLTE, Wi-Fi 802.11ac, Bluetooth 5.0, GPS / A-GPS, IR Blaster and a USB Type-C port etc. are available in Redmi 9 Prime. Wireless FM will be available in Redmi 8 phone. It has a USB Type-C port for charging.