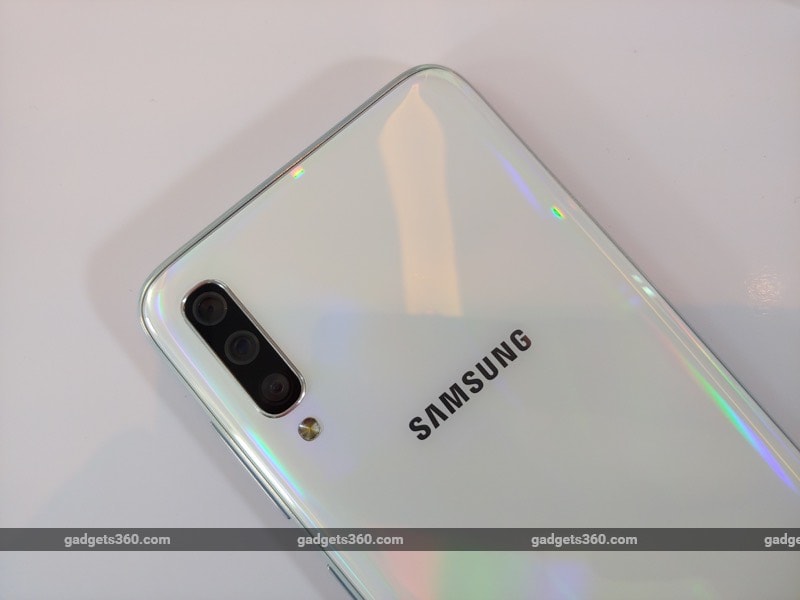 With a focus on mid-range and entry-level smartphones, Samsung has replaced its existing Galaxy J series with the new incarnated Galaxy A series. The Galaxy A series handsets come with modern design and updated software. If seen, within the first four months of the year, the company has lifted the curtain from most handsets in the Galaxy A lineup. The Galaxy A80 is the most premium phone in this series and the most affordable Galaxy A10.

Samsung Galaxy A70 was introduced last month. Now it has been released for the international market. The phone is expected to be made available in the market from 26 April. It is believed that India is one of the early markets. At the recently held Samsung Galaxy A80 launch event, we got a chance to spend time with the Galaxy A70. How did we like this phone at first glance? Let’s know …

While the Samsung Galaxy A80, on the one hand, does not seem to be part of the company’s Galaxy A series. At the same time, the Galaxy A70 looks very similar to the Galaxy A series phones. Galaxy A50 as an example. The phone comes with Waterdrop Notch and 6.7-inch full-HD + (1080×2400 pixels) Super AMOLED display. The aspect ratio of the screen is 20: 9.

Galaxy A70, Samsung has used the “3D Glastic” design. It appears that the back of the phone is of glass. Whereas it is just made of plastic. Because of this the phone feels better from a distance. But the handset does not feel as premium as the Galaxy A80 with a glass backpanel. Despite this, the design is very sleek. And due to the plastic body, the phone weighs less. 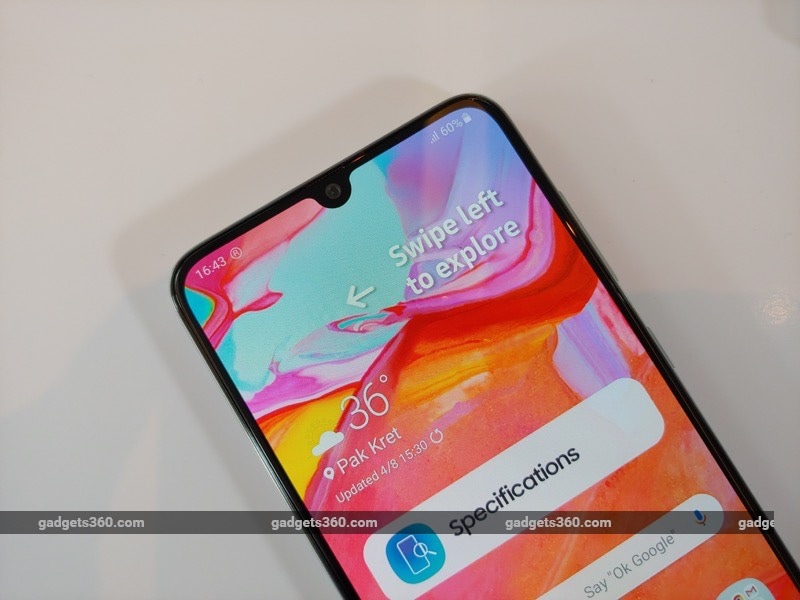 Like other Samsung smartphones, the Galaxy A70’s screen is vibrant and punchy. It is equipped with Vivid Colors. The company has given optical in-display fingerprint sensor in this phone. Apart from this, the phone also supports Face Unlock.

Qualcomm’s Snapdragon 675 processor has been used in the Galaxy A70. This processor is part of Vivo V15 Pro and Redmi Note 7 Pro (review). Apart from this, the Galaxy A70 handset comes with 6 GB / 8 GB RAM and 128 GB inbuilt storage. After using the phone for some time, we will say that there is no complaint about the performance of the phone. There is microSD card support to increase storage.

Galaxy A70 has a battery of 4,500 MH which comes with 25 watts of super-fast charging. Battery capacity is an indication that it will easily support you throughout the day. But we will give a final verdict on this on the review.

Samsung Galaxy A70 has dual sim support. This smartphone equipped with 3.5mm audio jack has USB Type-C port. It will be sold in Coral, Blue, Black and White colors. However, it is not clear which color variants will be launched in India.

Talking about the software, the Galaxy A70 has a UI based on Android 9 Pie, like other handsets in the Galaxy A series. The software is very smooth.

We will soon come up with a detailed review of the Samsung Galaxy A70.