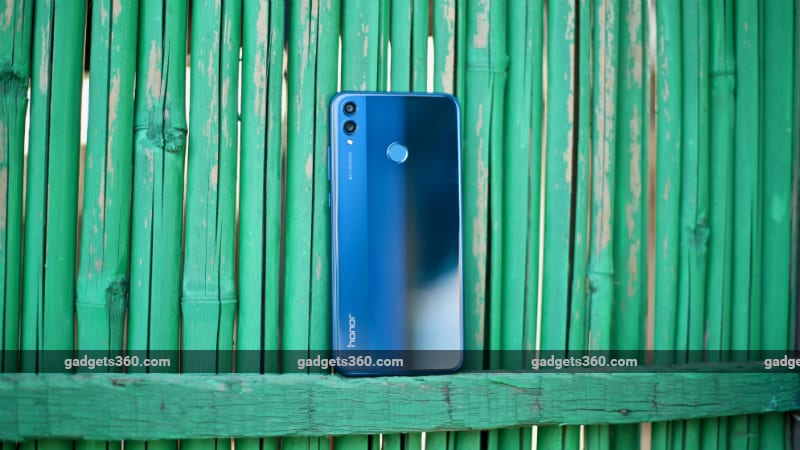 All brand Honor of handset manufacturer Huawei will launch its mid-range smartphone Honor 8X in India on 16 October. Honor 8X will be the upgrade version of Honor 7X launched last year. The vertical dual rear camera setup will be available on the back panel for photography in the new Honor 8X. Highsilicon Kirin 710 chipset has been used for speed and multitasking. This handset brand will compete with Xiaomi Redmi Note 5 Pro and Nokia 6.1 Plus. It is expected that the price of Honor 8X in India can be between 15,000 and 20,000 rupees. Honor 8X with premium design and better software will this festive season prove to be a profitable deal for customers? We spent some time with the phone during the pre-launch event, let us tell you about its specifications and features.

Honor 8X gives a premium look but at the same time this smartphone is also strong. Its design of the phone is so good that it does not seem to be in the budget segment of less than Rs 20,000. The dual-tone color scheme is used on the back panel. Honor 8X has a 6.5-inch (1080×2340 pixels) IPS LCD display with an aspect ratio of 19.5: 9. Like other Honor smartphones, you will also get a Nokia design in this phone. The display of this smartphone of Honor brand uses the brightness of at least 2 nits, which is why where there is no light, your eyes will not feel any kind of trouble while using the phone.

The lower part of Honor 8X is much thinner than Honor 9N and Honor Play. There is no button on the bottom, you can easily use the option of on-screen or EMUI gestures. There is a sim-tray on the left side of the phone (two nano SIMs and a microSD card slot). On the right side, the phone will get lock / power and buttons to raise and lower the voice. At the bottom you have a loudspeaker, 3.5mm headphone jack, primary microphone and micro-USB port. At this price, the company has decided not to provide USB-Type C. Secondary microphone has got a place on top of the phone. 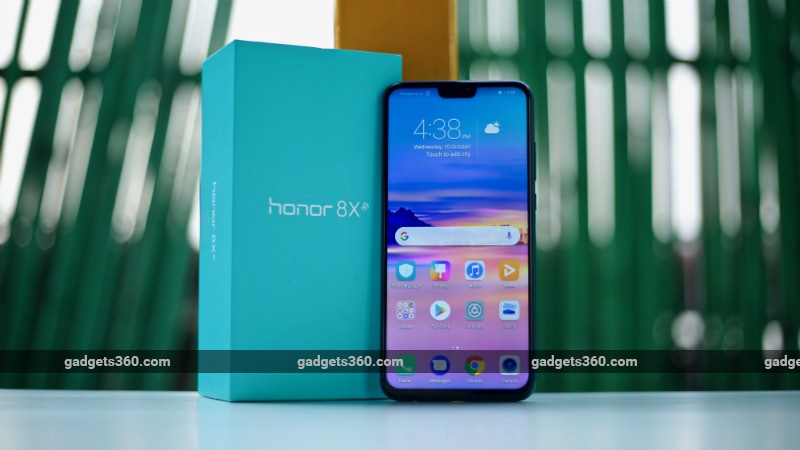 Vertical dual rear camera setup will be seen for photography on the back panel. There is a 20-megapixel primary sensor with F / 1.8 aperture and a 2-megapixel depth sensor. A 16-megapixel front camera will be available for selfie and video calling, its incarnation is F / 2.0. The Honor 8X rear and front camera come with AI feature. If you want, you can use or even turn off the AI ​​feature as per your convenience. Honor 8 Sharp takes close-up and wide-angle photos in the light at home. We will bring a review for you soon to tell you how well the camera sensor of the phone goes under different circumstances.

There is a fingerprint sensor and face unlock feature on the back panel for security. After spending some time with the phone, we found the fingerprint sensor fast and accurate. The Face Unlock feature also works fast but there is some difficulty in working it accurately in low light. The smartphone has a nifty feature which increases the brightness of the screen in low light so that your face can be accurately identified, in detail we will be able to give you information only in our upcoming review. This will be the first smartphone equipped with this chipset in the Indian market. The company says that it gives better performance than Qualcomm Snapdragon 660 chipset. The phone will have three RAM / storage options. 4 GB / 64 GB storage, 6 GB / 64 GB storage and its top variant 6 GB RAM / 128 GB storage will be available. The phone comes with a 3,750 mAh battery and 5V / 2A (10 watt) charging support.

Honor 8X runs on EMUI 8.2 skin based on Android 8.1 Oreo. The company has not yet announced the date, how long will the phone get the Android Pie software update. The number of pre-installed apps in Honor brand smartphones has been reduced. Apps like Facebook, Facebook Messenger, Netflix, Camera 360, Lords Mobile, Phone Manager, HiCare, AppGallery, Health, Honor Club, Ride Mode and Party Mode will be available. Apart from this there are Google apps such as Gmail, Google Maps, YouTube, Google Drive and Google Photos apps. We will give you information in our review about how strong a claim it presents in the phone battery test. Honor claims that PUBG games can be easily played in the phone on the medium setting.