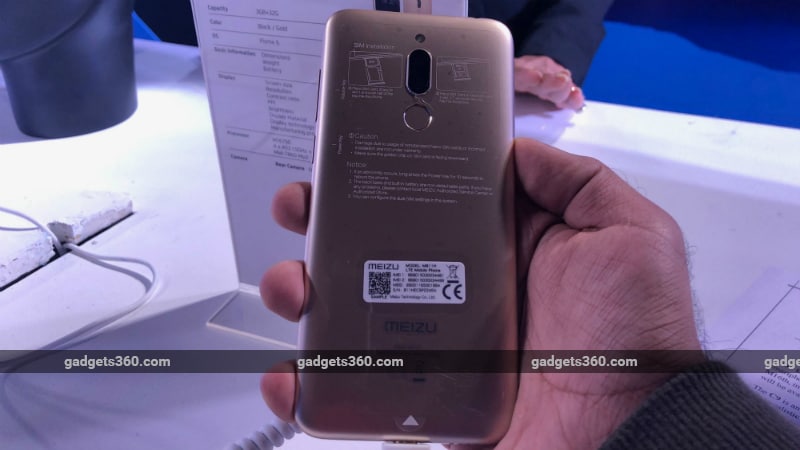 China’s mobile manufacturer Meizu has launched its three new smartphones in the Indian market after a long time. Meizu M6T (the Indian avatar of Meizu 6T), Meizu C9 and Meizu M16th (the Indian Avatar of Meizu 16) have been launched in India. Today let us talk about one of these Meizu M6T smartphones. The Meizu M6T has been brought to the attention of customers with a budget of less than Rs 10,000. The Meizu M6T will be sold in India for Rs 7,999. Meizu M6T’s direct competition in the market will be from Xiaomi Redmi 6, Honor 7C and Samsung Galaxy On7 Pro smartphones.

Like other smartphones in this price segment, the Meizu M6T will also get you two rear cameras, an octa-core processor, and a 3,300 mAh battery to power the phone. The Meizu M6T will be sold in India on the e-commerce website Amazon.in. We shared some time with Meizu M6T during the event held in New Delhi, let us tell you about it.

Design and specification of Meizu M6T

The Meizu M6T looks like other budget smartphones in appearance. Meizu M6T with an 18: 9 aspect ratio has a 5.7-inch HD + (720 x1440 pixels) LCD display. The back panel is made of plastic and has two rear cameras for photography. We liked the display brightness and contrast in indoor lighting. The front panel of the phone is not capacitive or any button. The 8-megapixel selfie sensor, earpiece and sensor have got place on the upper part of the phone.

Meizu M6T has two rear cameras. The primary sensor is 13 megapixels (F / 2.2 aperture) and the secondary sensor is 2 megapixels (F / 2.0 aperture). The secondary sensor will help in taking the depth shot. Indoor photos from the Meizu M6T looked correct, but we were not able to check the outdoor performance of the camera during the event. We will soon give you detailed information about the phone’s camera in our review. For security, the fingerprint sensor is placed just below the rear camera. 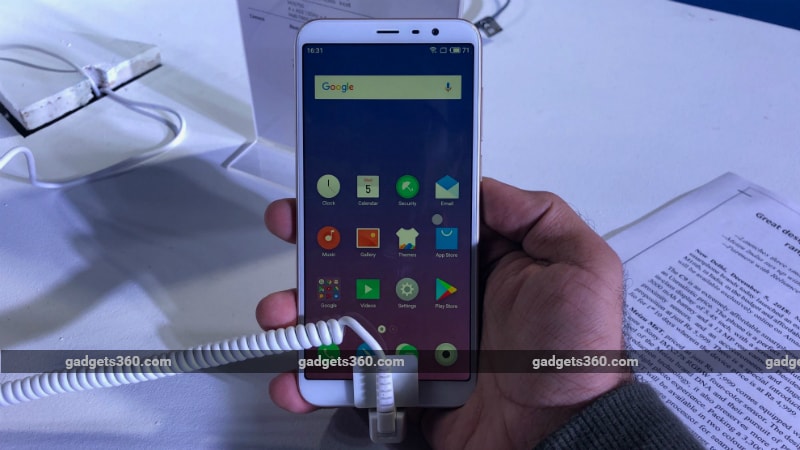 After spending some time with the phone, we found that the fingerprint sensor was working correctly and fast. On the left side of the phone, there are sim-trays, while on the right side, buttons are given to increase power, voice and reduce. Micro-USB port, speaker grill at the bottom of the phone and 3.5mm headphone jack have been found on the upper part of the phone.

The shell of the Meizu M6T is made of polycarbonate. The phone is easy to use with one hand. Let me tell you that the weight of Meizu M6T is 145 grams. For speed and multitasking, the MediaTek MT 6750 processor has been used in the Meizu M6T. The same processor has also been used in Nokia 3.1 and LG Q7. We will give you detailed information about the performance of the phone in our review. The phone has 32 GB internal storage to save photos, videos and other things with 3 GB RAM.

Meizu M6T has a battery of 3,300 mAh to make it live. The company has confirmed that this handset does not support mCharge Fast Charging. Battery saving mode has been given in the phone, with the help of which things running in the background can be reduced.

Meizu M6T Out of Box will run on the Flight OS based on Android 8.0 Oreo. The company has not confirmed whether the phone will get an update in the future. In the Settings app, you will find features such as on-screen buttons and gesture-based navigation. After spending some time with the phone, we did not feel very smooth. In the phone, you will find apps like Theme, Security, Toolbox and Custom App Store.

Apps like custom music, messaging, email, and web browsers are part of the Flight OS. The AI ​​Face Unlock feature rapidly identifies and registers faces. Meizu M6T’s design, performance, software, display, battery life and camera detail information, we will soon give you through our review.