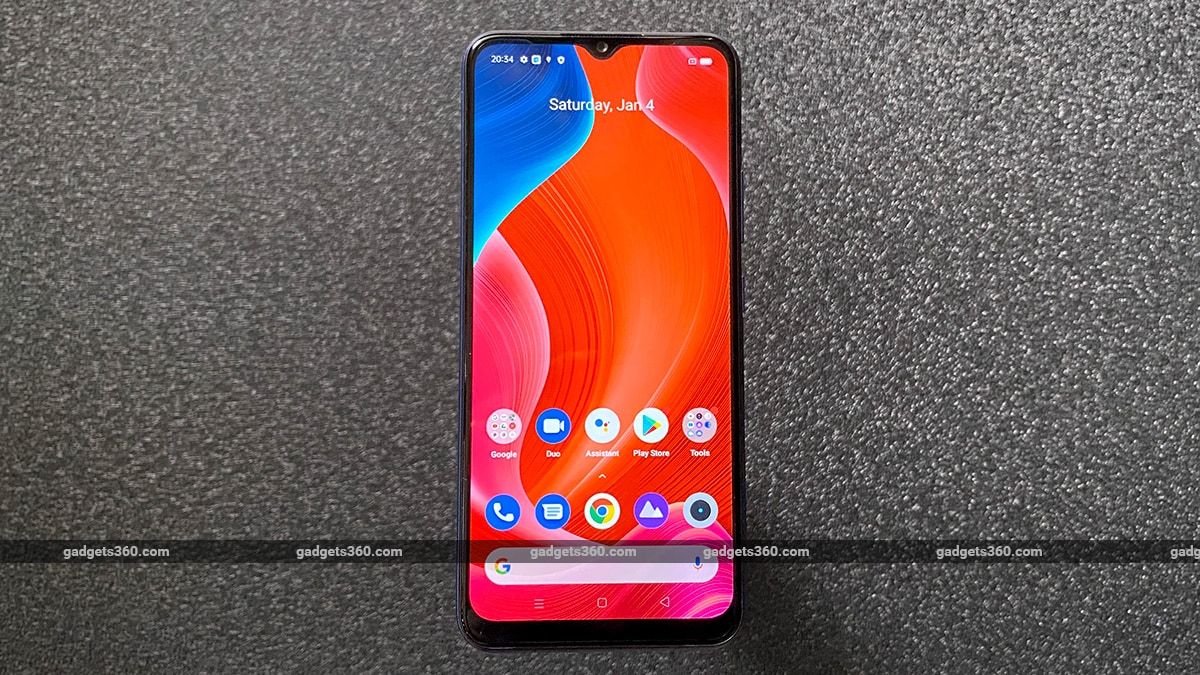 Today, we are going to see the Realme C12, which is not very different from the C11. This means that the new phone will quite match Realme C3 and Narzo 10A. The main difference will be in some areas such as batteries and cameras. We had initially planned to give you our first opinion about both phones together, as they are almost identical. Unfortunately, Realme has slightly delayed sending higher priced models, so today we are going to give you our first impression only on Realme C12.

Realme C12 comes in a standard yellow box. This time the company has disappeared the case (cover) from the budget phone box. Apart from this, there is a big charger and a phone in it. The main feature of Reality C12 is its 6,000mAh battery. This is 1,000mAh more than the capacity found in Realme C11, due to which the C12 is comparatively thicker and heavier.

The all-plastic body feels strong. Realme has given a new pattern on the back of the phone. The texture helps make grip easier and reduces fingerprints. We have received the Power Blue variant and this phone is also available in Power Silver.

The Realme C12 has a triple-slot tray for two nano-SIMs and a microSD card. The bottom has a micro-USB port, a headphone jack and a speaker included. There is a capacitive fingerprint sensor on the back, which may require your finger to be long for easy access.

The display is exactly what you get on Realme C11. It is a 6.5-inch HD + (1,600×720) panel, with a thick chin at the bottom and a waterdrop notch at the top. The colors in the display were decent according to the budget phone, but the brightness was slightly less. The viewing angle is not very wide. If you change the angle of the phone at all, the edges of the display appear to be black.

You get only MediaTek Helio G35 processor included in Realme C11 in Realme C12. Thankfully, the C12 gets 3GB of RAM, so normal usage should be slightly faster than the C11. It has 32 GB of storage. So far our experience has been good, but certainly the interface does not feel very fast. It will be interesting to see that this camera performs when loading lots of apps and data.

Reality C12 runs on Realme UI 1.0, which is currently based on Android 10. Unwanted apps in the phone are slightly less at this time. Realme is using Google’s dialer and message app instead of its own. This is a growing trend, which we are also seeing in other BBK smartphone brands like Vivo, Oppo and OnePlus.

The camera module of Realme C12 is similar to that of C11, but instead of two sensors, it gets three. It has a 13-megapixel primary, 2-megapixel depth sensor, and a 2-megapixel macro camera lens. Includes 5-megapixel front camera for selfie and video calling. It is similar to Realme C11. How the camera performs it will be known only after testing it. You do not have to wait long to read the review.

The Realme C15 and Realme C12 appear to be a minor variation over the Realme C11, but are good choices to fill the large price gap between the C-Series and Realme 6-Series. Reality also owns the Narzo 10A, the price of which matches the new models. Its battery is not larger than the new model, but it comes with a fast processor. Does the inclusion of a large battery in the Reality C12 make it worth Rs 8,999? Once we review it thoroughly, we will have a clear answer to this question, so stay tuned with Gadgets 360.