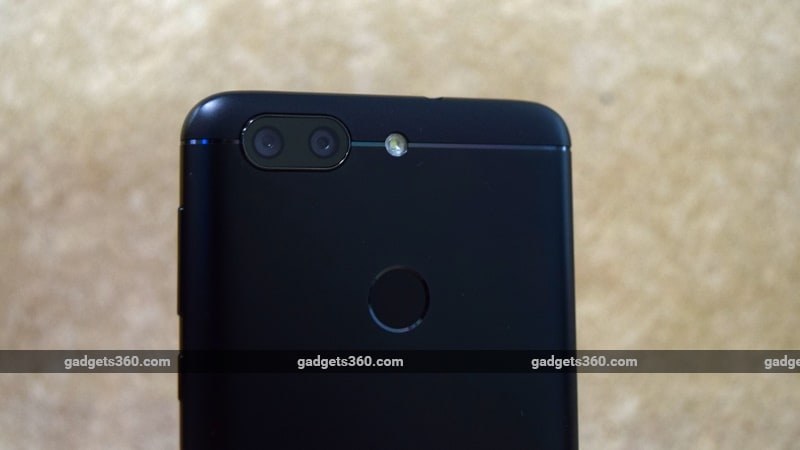 InFocus launched the first 18: 9 display with a Vision 3 smartphone last year. After this, in the year 2018, we will see 18: 9 display phones from many companies, which caught our attention. The Vision 3 was a good looking phone but was very weak in its price. However, things changed and handsets like Redmi 5, Redmi Note 5 and Asus ZenFone Max Pro M1 came knocking.

The body of the InFocus Vision 3 is plastic but seems to have been upgraded. Its back has a metal backplate, which gives a premium feel as soon as the phone is taken in hand. The top and bottom have plastic caps for the antenna. The front has a 5.7-inch display, which has a better mix of colors and the viewing angles are also good. The display is clear even in sunlight. There is an option to adjust color temperature. In addition, the display output can also be changed from standard to dynamic.

The buttons given in Vision 3 Pro are slightly higher, due to which the thumb has to be pulled a lot. In Vision 3 Pro, Infocus has given micro-USB ports below. There are two grills along with a loudspeaker in the left. A 3.55mm headphone jack is given at the top. The selfie camera is on an edge. The notification is placed next to the LED earpiece.

There is a hybrid dual sim tray on the left side of the phone, with 1 micro-slot for the first SIM and the second for the next Nano Slim. The memory card can be used in the second slot. The Vision 3 Pro has dual cameras in the back and an LED flash. Fingerprint scanner is also given in the back.

The 18: 9 aspect ratio makes the phone long and thin, making it extremely easy to hold the phone. It has round edges and the phone is quite light. In the box the user gets a micro-USB cable, 7.5 watt charger, earphones. The quality of the accessories is not good and the headphones do not sound as good.

The features given in the phone justify the ‘Pro’ given in its title. The phone works in the MediaTek MT6750 processor, while the Vision 3 comes with the MediaTek MT6737H. The phone has an octacore processor. The processor is new and has been seen so far in Asus ZenFone 3S Max and Vivo V5s, which were launched last year. The phone has 4 GB of RAM and 64 GB of storage, which is possible to expand up to 128 GB. InFocus Vision 3 Pro supports 4G and VoLTE works in both of its SIMs. 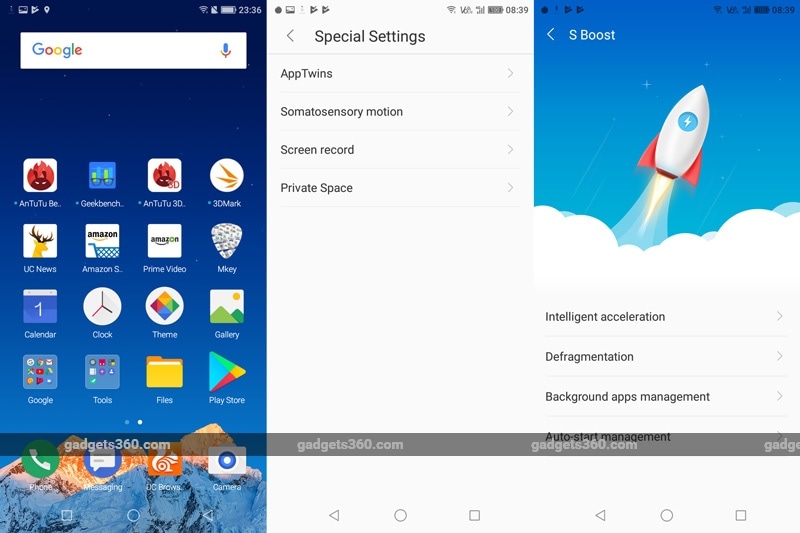 In terms of software, the phone runs on Android 7.0 Nougat, which has been outdated since the arrival of Android Oreo. Infocus has added some customizations to its OS. This does not have an app drawer and all the apps remain on the homescreen. Bloatware has been kept low, so that the user can enjoy Amazon Shopping, Prime Video, UC Browser, Emki Keyboard. The matter of relief is that all these can also be uninstalled.

The performance of Vision 3 Pro is much better than Vision 3. The processor is new and is capable of giving better experience. Messages and common web browsing on social media are better with its help. However, due to some apps running in the background, the phone gets stuck, which is in spite of having 4 GB RAM. Vision 3 Pro supports common games easily but games like Shadow Fight 3 start getting stuck in it.

Battery life depends on your usage. It costs quickly to run games, heavy apps. We found that the phone heats up in 15 minutes of playing games. The Vision 3 Pro lasted 12 hours and 8 minutes in our video loop test. It goes on all day with common usage. If you play a game then it is difficult to run the phone all day, you will need a charger for some time. 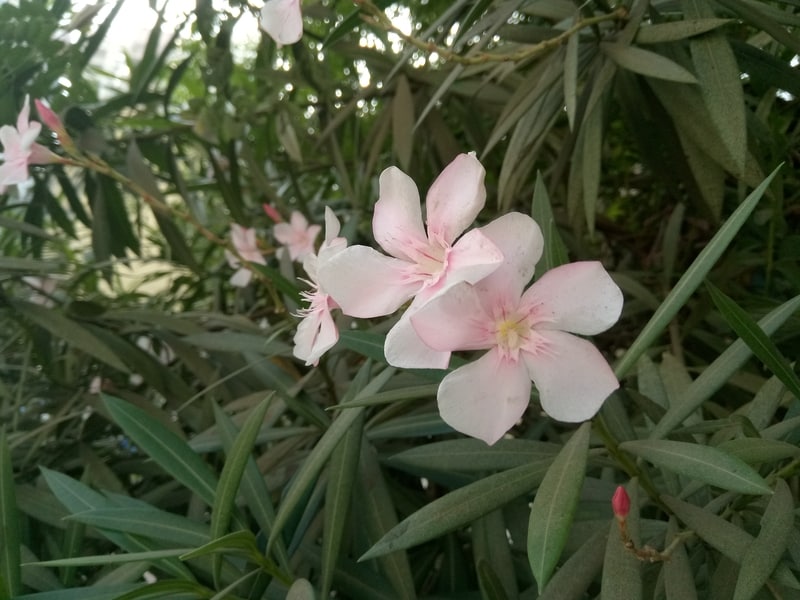 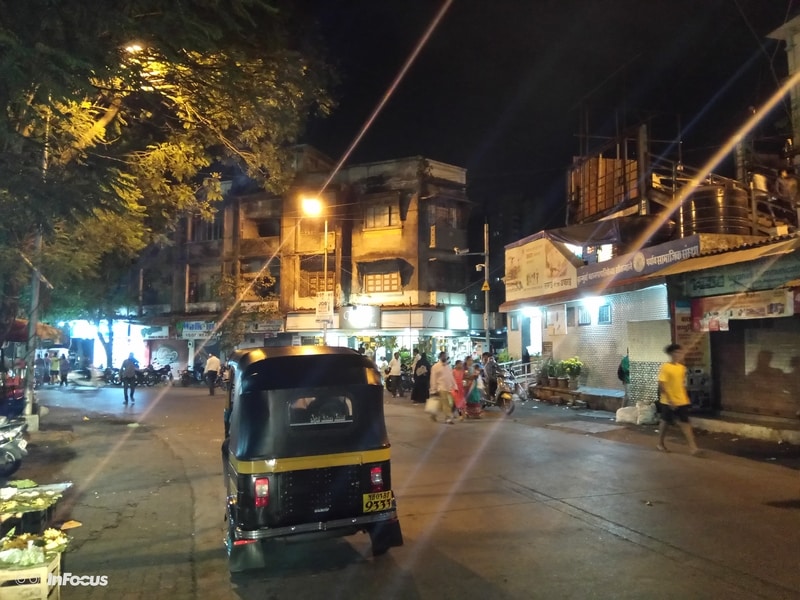 The rear of the Vision 3 Pro has a dual camera setup. It is a 13 + 8 megapixel sensor, which comes with a wide angle lens. Apart from standard photo and video modes, time-lapse, beauty, panorama, pro modes have been added to it. HDR is available but it takes some time. We expected a quick response from this. Pictures taken with the primary sensor were good but the landscape shots showed lack of clarity. The secondary sensor allows the user to have a wider frame with the help of a wide angle lens. There is also a lack of detail here. The secondary sensor equipped with autofocus is slower than the primary. There was a slight interruption in taking portrait photographs. Its edge detection needs improvement. Macro shots are better. In them, the difference between subject and background was clearly understood.

Camera performance is not good in low light. The Vision 3 Pro controls the noise but the detail is reduced. Video recording goes up to 1080 pixels, it supports both cameras. But the Redmi Note 5 allows 4K video recording in this list. There is not a feature of stabilization here, which would make the arm stable. The 13-megapixel selfie camera takes good pictures. Beauty mode is activated automatically. You can lose the details of the selfie by zooming in, but still share pictures worth sharing on social media.

Vision 3 Pro is an upgrade of its previous smartphone Vision 3, which has got a strong processor, more RAM. However, the competition has been increased by Redmi 5 and Redmi Note 5. The recently launched Asus Zenfone Max Pro M1 also challenges the Vision 3 Pro for Rs 10,999. If you are looking for a budget smartphone in the market, then you can turn to ZenFone Max Pro M1 except Vision 3 Pro.