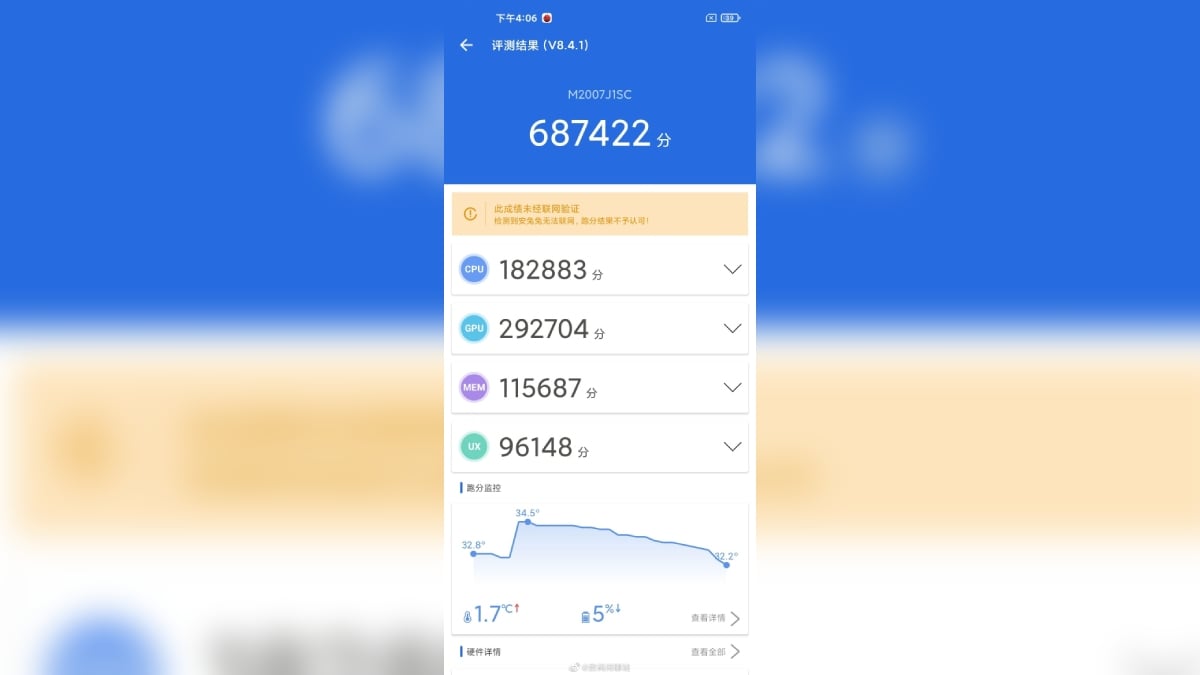 Mi 10 Pro Plus may be the fastest charging smartphone launched this year, claimed by Tipster Digital Chat Station. Let me tell you, recently Xiaomi smartphones have reportedly received tremendous scores on the AnTuTu benchmark. Where there was a list with an unknown device model number M2007J1SC, which received 687,422 benchmarking scores. Earlier this week, Xiaomi CEO Lei Jun had teased the specifications of the upcoming device, which was the top-class specification. From the high score and high-end specifications, it is being speculated that this smartphone may be a premium variant of Mi 10 Pro, which can be known as Mi 10 Pro Plus.

Tipster Digital Chat Station informed via Weibo post that the Mi 10 Pro Plus smartphone will be the fastest charging device to be launched this year. The post also informs that the combination of wired, wireless and reverse wireless charging technology can be featured in upcoming phones.

It is worth noting that recently this tipster had given information about AnTuTu benchmarking score of this phone, according to which the model number of this phone is M2007J1SC. Talking about the score, the smartphone has gained 182,883 points in CPU, 292,704 points in GPU, 115,687 points in memory and 96,148 points in UX tests. The total score of the device is 687,422. Compare this to the high-end Lenovo Legion Phone Duel, this phone received 648,871 scores.

Xiaomi CEO Lei Jun gave information about the high-end specification of this upcoming phone. It is expected that this phone will be provided with wireless charging, high-refresh rate screen, powerful camera with 30x and above zoom, in-display fingerprint sensor, stereo and in-built cooling technology.

The CEO also informed that the battery capacity of the device will be 4,500 or above. Its front and rear optical sensors can come with sensitive automatic brightness control. For connectivity, this phone may also have near-field communication (NFC) and infrared remote control support.

According to the news, this smartphone can be launched in China in August. However, this information related to the launch and specification by Xiaomi remains officially public.