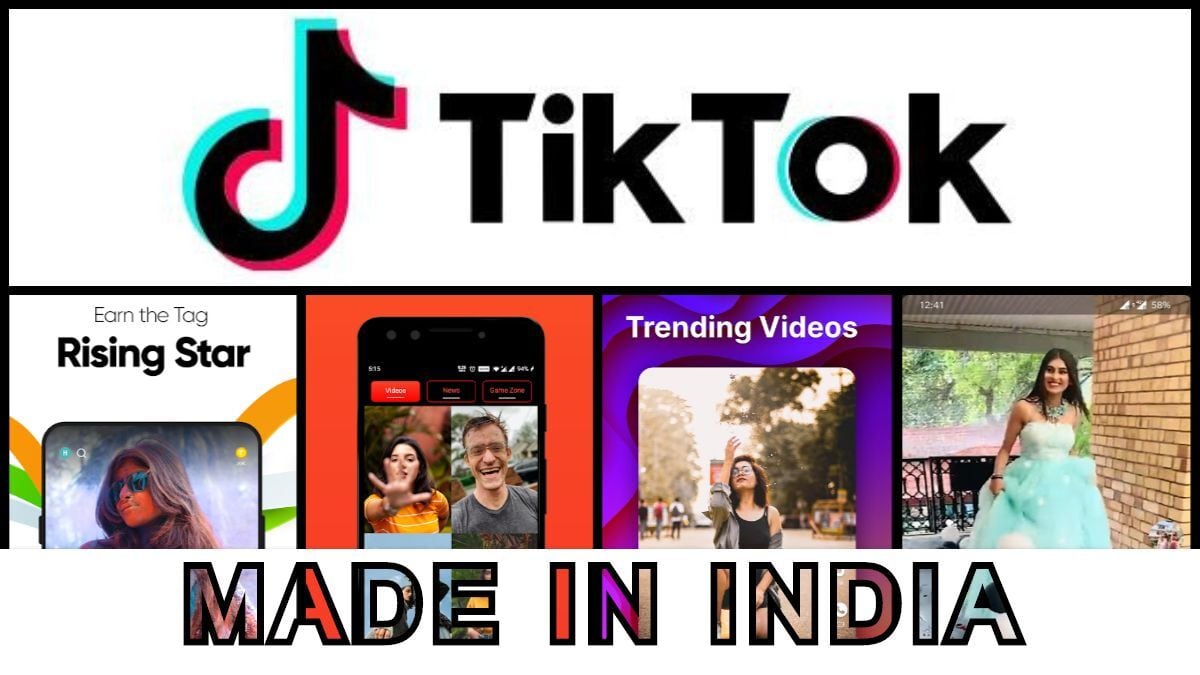 59 Chinese apps have been banned by the Indian government, of which the most popular app is TikTok. The reason is very simple, the number of Tittock users in India was in crores, millions of people used to create and share video content on this short video platform every day. While some people used this app only for their entertainment, there were many people who made their living by earning money through this app. But, now this popular app has been banned in India, but this does not mean that your entertainment is over. If you were a Ticketock user and entertained your friends by making a Ticketock video, there is absolutely no need to be disappointed. Today we are going to tell you about some made-in-India apps like TikTok, these apps will entertain you exactly as Tiktok used to do.

The name Chingari started trending on social media sites as soon as the news of TikTok ban came out in India. Actually, it is a Made-in-India App, which provides exactly the same experience as TikTok to use. Talking about the Google Play Store rating of the Spark app, this app is rated 4.1 out of 5. At the same time, there was a huge jump in the download of this app as soon as TickTalk was banned, so far this app has got more than 5 million downloads. This app was launched in the year 2018. It has support for 10 languages ​​such as English, Hindi, Bangla, Gujarati, Marathi, Kannada, Punjabi, Malayalam, Tamil and Telugu.

Talking about the Spark app, you will get the facility of trending news, entertainment news, funny videos, video songs, love quotes, status for WhatsApp etc. Not only this, along with uploading and downloading videos on this app, you will also get the benefit of chatting with your friends, content share, browse through feed, etc. The Spark app also provides users with creative WhatsApp status, videos, audio clips, GIF stickers and photos. On this platform, more than 10,000 creators post daily by creating entertainment content every day.

Mitron App was created to compete with TikTok, the Friends app was launched in India as an alternative to TikTok. Initially due to anti-Chinese sentiment, the app gained tremendous popularity and within 2 months of its launch, the app received more than 10 million downloads from the Google Play Store. However later this app was removed from Google Play, due to violation of policy. But a few days later the developers of the app, working with the Google team, fixed the problem and re-entered the Play Store. The re-entry of the Friends app has been such that at the moment the app has received 10 million downloads on Google play, while the app has a rating of 4.4 stars out of 5. Initially, users had complained about some bugs, but now look at Google Play What’s New, it has been informed about bug fixes. The interface of the Friends app is very similar to that of the TicketTok app, on this app you can create and share your short video.

The third option of TikTok may be for you, Sharechat’s Moj App. Moj users can create and upload a 15-second video clip on this platform, as well as filters like TicTalk, etc., with which you can also beautify your video. In this app you will also find lip sync functionality, just like TicTock. The interface of the app is quite simple and user friendly. This app supports 15 languages, but the thing to note is that you will not get English language support, just like Sharechat.

The Moj app has been developed by ShareChat, an Indian social media platform developed in the year 2015 by ‘Mohalla Tech Private Limited’. This app has been downloaded more than 50 thousand times on the Google Play Store and users have also given it a good rating, which is 4.3 out of 5 stars.

Roposo is another Indian short video app. According to information on the Google Play Store, filters, stickers, and effects in the Rosopo app make great videos with natural light, studio lights, contour lights, stage and stage mono lights in slow-mo, time-laps, or portraits. can go. A similar experience was also found in the TickTalk app. More than 50 lakh people have downloaded this app on their device. In Roposo app you will get support of English, Hindi, Tamil, Telugu, Kannada, Gujarati, Punjabi, Marathi and Bengali languages.

As the name suggests, it is an India-made app that can compete with the Chinese-made TikTok app. This app has also been named Indian Ticketcock on Google Play Store. On this app you can create and share short videos in Hindi, Tamil, Telugu, Bengali, Malayalam, Kannada, Marathi, Punjabi and Odia languages. Talking about Google Play rating, this app has been rated 4 out of 5, while 5 lakh people have downloaded it on their smartphone. In terms of videos, videos related to learning English on this platform, entertainment, travel, recipe, inspiration, exam, career, shopping, technology, etc. are shared. According to the information given on the Play Store, ‘Bolo India’ aims to empower every Indian with a platform to share their opinions, share experiences, become Internet influencers and share their knowledge.

Seeing the increasing demand for short video apps, Zee5 has also announced to enter the race. Recently, news has come that Zee5 has announced that it is going to launch a short video platform in India, soon to be named HiPi. The company says that this new platform has been built under ‘Self-reliant India’, which will provide an Indian platform to Indian content creators. This app will be launched before July 15. Although this app looks like TikTok in the name of short video platform, but the way to use it will be slightly different. According to the information received, registration will be required to use this new platform, after which users will be able to watch and share videos. It can be guessed that this new platform of Zee5 is going to be a little different from the Chinese Tiktok app, let us tell you that there was no need for any registration and sign-in to watch the video on Tiktok. However, more information related to the app will be cleared in the coming days.