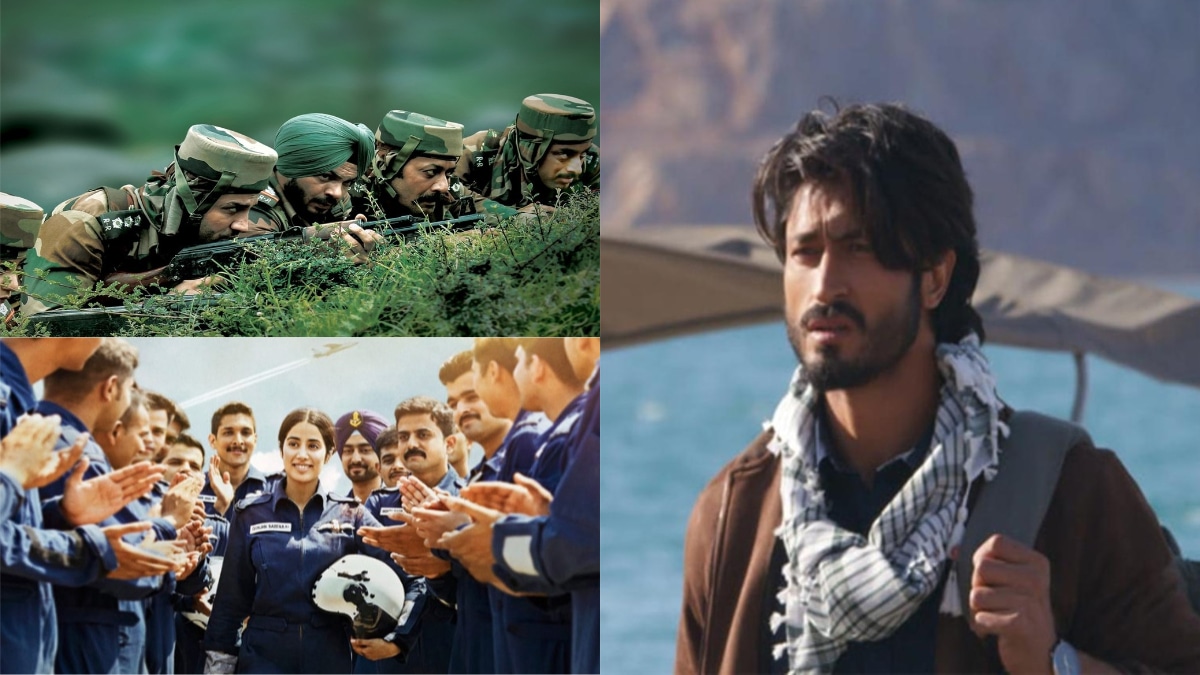 On August 15, 2020, the 74th Independence Day will be celebrated in the country. However, due to Corona virus epidemic this time will not be celebrated like it is celebrated every year. This time most people are planning to celebrate independence by staying at home. If you are also among those people, who are planning to stay at home this time following social distancing, then we have also found a way out for your entertainment. We have brought you a list of some new and old releases released on the OTT platform, which you can see together with your entire family. Looking at Independence Day Weekend, most of the recently released films are ‘patriotic’, like Jahnavi Kapoor’s Gunjan Saxena, the surgical strike film The Hidden strike, and being recognized as a human computer around the world. Shakuntala Devi Proudly Exalted. Let me tell you, all these films have been released on different OTT platforms, including Netflix, Disney + Hotstar and Amazon Prime video.

So let’s take a look at the list of movies available on Netflix, Disney + Hotstar and Amazon Prime video, which you can watch together with your family this Independence Day.

The Jahnavi Kapoor starrer film Gunjan Saxena was released on Netflix on August 12, which is getting a good response from the fans after its release. If you don’t know, Gunjan Saxena is a film based on the life of Gunjan Saxena, the first female pilot of the Indian Air Force, who played an important role during the Kargil War, after which she was named Kargil Girl. Gunjan’s struggle and valor have been brought on screen through the film. If you haven’t seen Gunjan Saxena till now, you can enjoy this film with your entire family on Independence Day Weekend.

The Hidden Strike film will be released today on 14 August shemaroome. The story of this film is completely fictional, inspired by the 2016 surgical strike. You will also be introduced to the courage of women soldiers in the new surgical strike. Talking about the film’s starcast, it includes stars like Deepraj Rana, Mir Sarawar Jimmy Sharma, Sanjay Lakha Lakhwinder and Vedita Pratap Singh. The Hidden Strike can also be a better option for you as a celebration of independence.

Waiting for Vidyut Jamwal’s fans will finally end today, his next film ‘khuda hafiz’ is set to release on Disney + Hotstar today. Talking about the story of the film, the story of this film revolves around the case of kidnapping. In the film, Vidyut’s character turns out to be Kidnapp, who he commits his life to find. It is understood from the story plot that the story of the film is going to be full of action. If you are looking for a list of films other than patriotism, then this film will prove to be perfect for you.

Ajay Devgan starrer film Tanhaji: The Unsung Warrior may also be a better option for you if you are looking for patriotic films, but there may not be much name in the list of latest films. You can watch this movie on Disney + Hotstar. Let me tell you, ‘Tanaji the Unsung Warrior’ is a period drama film, whose story is based on the life of Tanaji Malusare, the army officer of Chhatrapati Shivaji Maharaj. The film also stars Ajay Devgan along with his wife Kajol.

If you are a fan of Salman Khan, you can enjoy his film ‘Bharat’ on Amazon Prime video. The film stars Katrina Kaif, Sunil Grover and Jackie Shroff along with Salman Khan. The film was released on the occasion of Eid last year. Salman’s fans eagerly wait for Salman’s film every year, but this year due to the corona virus epidemic, no film of his has been released on the occasion of Eid. So if you are a die-hard fan of Salman, then this Independence Day ‘Bharat’ can prove to be the best option for you.