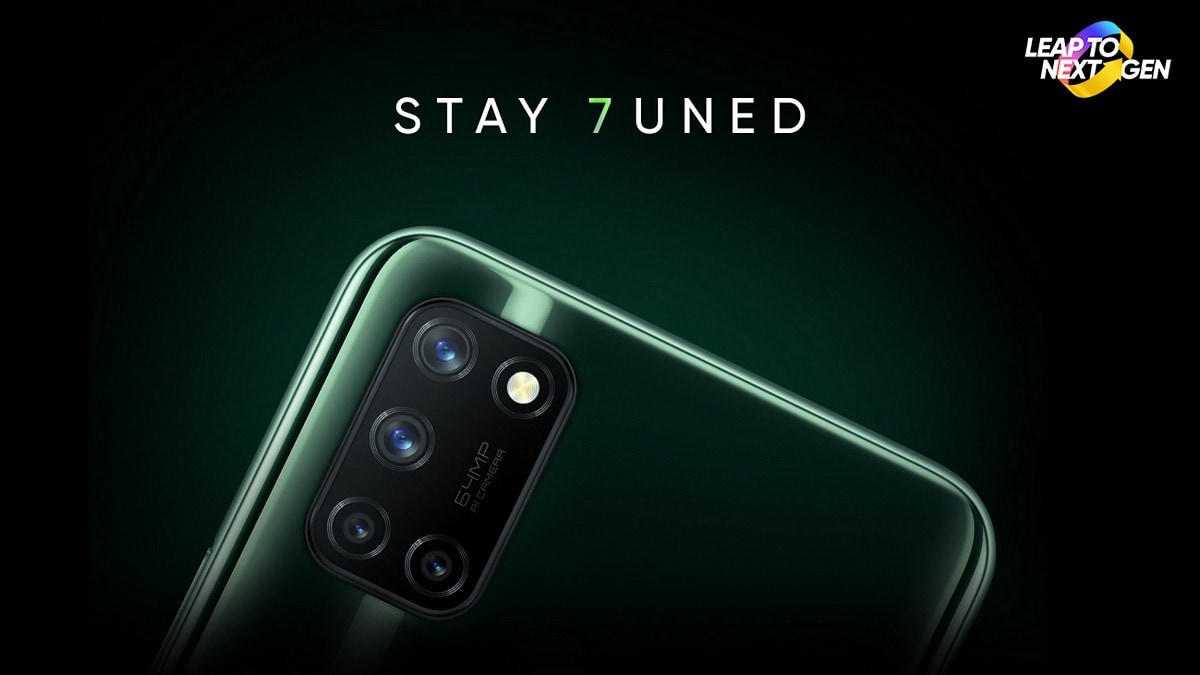 With the beginning of October, the festive season in the country also knocks and this is the occasion when most brands launch their new products. The same is true for smartphone companies. Many smartphone brands including Realme, Xiaomi, Samsung, Vivo were waiting for this season and now, when the season has started, you will see Realme 7i, Vivo V20 series, OnePlus 8T, Mi 10T series and more in the coming days. There are many smartphone watchers. If you too are looking for a smartphone for yourself or your loved ones in this festive season, then we are going to give you information about the smartphone to be launched in the coming days.

Reality 7i runs on Android 10. It has a 6.5-inch hole-punch HD + (720×1,600 pixels), which has a refresh rate of 90 Hz. The phone has an octa-core Snapdragon 662 processor. Realme 7i is a handset with four rear cameras. It has a 64-megapixel primary camera, an 8-megapixel ultra-wide angle lens, a 2-megapixel black and white sensor, and a 2-megapixel macro shooter. The smartphone has a 16 megapixel sensor for selfie. Realme has given a 5,000 mAh battery in this phone, which supports 18 watt fast charging.

Schematics shared by a known tipster on Twitter indicated that the Samsung Galaxy F41 would have a USB Type-C port, 3.5mm headphone jack, and a single speaker. The tipster said that the phone will support fast charging. It will have two variants based on RAM and storage. In addition, the Galaxy F41 can be offered in three color options – Black, Blue and Green. If rumors are to be believed, this phone may be a rebranded variant of the Samsung Galaxy M31, as the schematics of the upcoming phone look quite similar to the Galaxy M31. It is also believed that the price of F-series phones will be between 15,000 and 20,000 rupees.

Vivo V20 will be launched in India on 13 October. The price and availability information of Vivo V20 in India is currently kept secret, but its specifications have been revealed. The new Vivo V20 will run on Android 11 based on FunTOS 11 and will have a 6.44-inch full-HD + (1,080×2,400 pixels) AMOLED display. The phone will work on 8 GB RAM and Qualcomm Snapdragon 720G chipset. The Vivo V20 will include 128 GB of storage. The phone comes with a triple rear camera setup, which will get a 64-megapixel primary sensor, 8-megapixel ultra-wide-angle lens and a 2-megapixel monochrome sensor. It will have a 44 megapixel selfie sensor.

Vivo V20 will get a 4,000mAh battery, which will come with 33 watt flashcharge fast charging technology. The phone will have an in-display fingerprint sensor. Its thickness will be 7.38 mm and weighing 171 grams.

OnePlus 8T will be launched on October 14. Along with the phone, the company will also offer its earbuds. The event will start at 7:30 pm, which will be given live on the OnePlus India website. Currently no official information has been given about the price of the phone, but many leaks have been received regarding its specifications.

Mi 10T and Mi 10T Pro phones are launching in India on 15 October. This event will start at 12 noon. These phones were launched on the global stage last week and are priced at 499 Euros (about Rs 43,000) and 599 Euros (about Rs 51,700) respectively. In India too, the price of the phone should be around this price.

The Mi 10T and Mi 10T Pro run on MIUI 12 based on Android 10. Both have a 6.67-inch full-HD + (1,080×2,440 pixels) display, which comes equipped with a 144Hz refresh rate. Both phones are equipped with Qualcomm Snapdragon 865 processor and 8 GB. It has a triple rear camera setup. Both the setup and the selfie camera are identical except for the primary rear camera sensor. The primary variant gets a 64-megapixel primary sensor and the Pro variant has a 108-megapixel one. Apart from this, 13 megapixel secondary sensor and 5 megapixel macro lens have been given in the back setup of both phones. For selfies and videos, they come equipped with a 20-megapixel front sensor. Both phones get side fingerprint sensor, 5,000 mAh battery and 33 watt fast charging support.

The iPhone 12 Pro Max claims to include the A14 Bionic chipset. It has also been claimed that the phone will have a triple rear camera setup, whose primary camera will be 16 megapixels, along with ultra-wide-angle shooter and telephoto shooter. Its camera setup will also include a LiDAR sensor. The longest battery life can be given in the iPhone 12 Pro Max model, which will last two hours longer than the iPhone 11 Max. Its starting price can be $ 1,099 (about Rs 80,600) in the US.

The Motorola Razr 5G smartphone has been launched in India, but its sale will begin on October 12 at all retail stores and Flipkart. The new phone supports 5G and comes with Qualcomm Snapdragon 765G processor. The Motorola Razor 5G phone has a 6.2-inch flexible OLED display. This foldable phone comes with a separate “Quick View” display, in which you can see notifications etc. Apart from this, the Motorola Razor 5G phone has a metal and glass body, which is made of 3D glass and 7000 series aluminum.

The price of 8 GB RAM + 256 GB storage variants of Morotola Razor 5G phones has been fixed at Rs 1,24,999 in India. The Motorola Razr 5G phone has been introduced in the Polish graphite color option and its pre-booking started with the launch.

Samsung has today launched Samsung Galaxy S20FE smartphone on October 6. This Samsung smartphone will be available on Amazon from October 16. The phone has been introduced as a light variant of the Samsung Galaxy S20 flagship smartphone. Samsung has given triple rear camera setup in its Galaxy S20 FE handset. The phone is equipped with a 120 Hz refresh rate display panel, wireless charging, and an Exynos 990 chipset and is available for pre-booking.

Poco C3 has also been launched today in India on 6 October. Poco C3 has triple rear camera setup, HD + display, big battery and waterdrop style notch. There are two variants based on the phone’s storage and three based on colors. Poco C3 has an octa-core MediaTek processor.

Poco C3’s 3 GB RAM and 32 GB storage is priced at Rs 7,499. Customers will be able to buy 4 GB RAM and 64 GB storage model for Rs 8,999. Poco says that the current price is under the launch offer. It is expected that after the festive season, the price of 3 GB RAM variants of Poco C3 will increase. The smartphone will be available in Arctic Blue, Lime Green and Matte Green colors. The Poco C3 sale will begin on Flipkart from October 16.