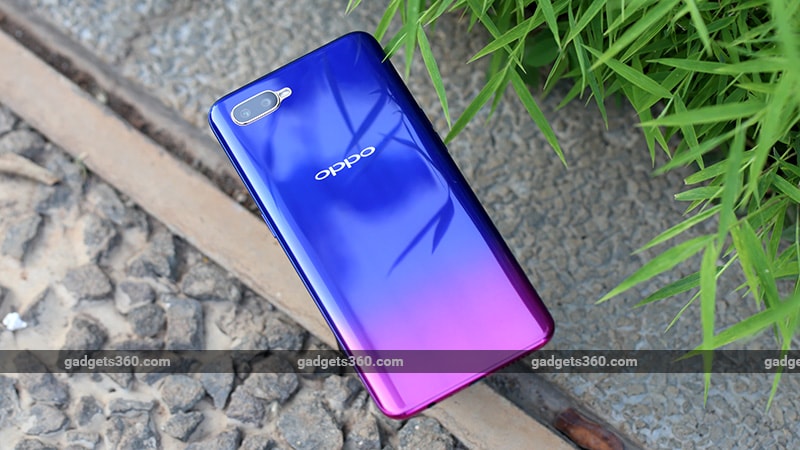 In 2019, many flagship smartphones of handset manufacturer companies are getting features like thin bezel display and better camera etc. Oppo K1 smartphone has been launched under the new series of handset manufacturer Oppo. Oppo K1 handset is equipped with in-display fingerprint sensor. This phone of Oppo brand is the cheapest handset in the Indian market that comes with an in-display fingerprint sensor. Will the Oppo K1 smartphone prove to be an all-rounder smartphone, let’s know?

Design and Build of Oppo K1

Oppo K1 was launched in the Chinese market in October last year. The back panel of Oppo K1 comes with gradient design. We have Astral Blue variants available for review which are quite striking. Apart from this, the piano black variant of Oppo K1 has also been launched. Its 3D injection-molded back panel gives cool effect when exposed to light. Fingerprints fall easily on the back panel. The arrangement of the buttons and the build quality of the phone is quite good. 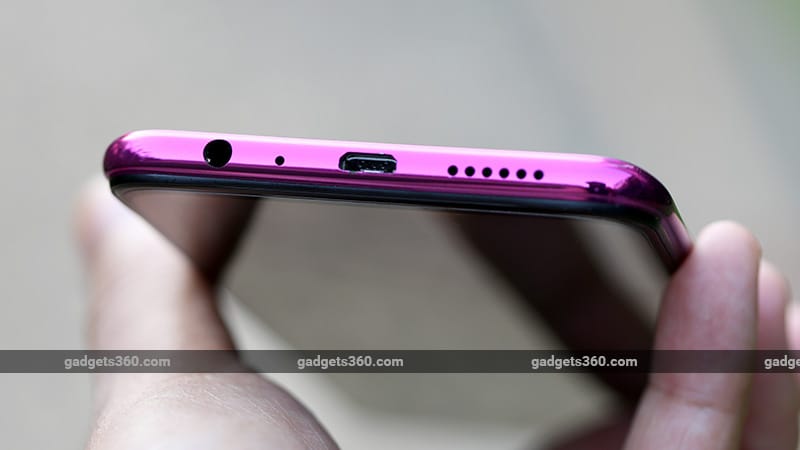 On the left side of the phone, the SIM-tray (two nano SIMs and a microSD card) has got a place. Oppo K1 comes with dual 4G VoLTE support. At the bottom of the phone is a speaker grill, micro-USB port and 3.5mm headphone jack. 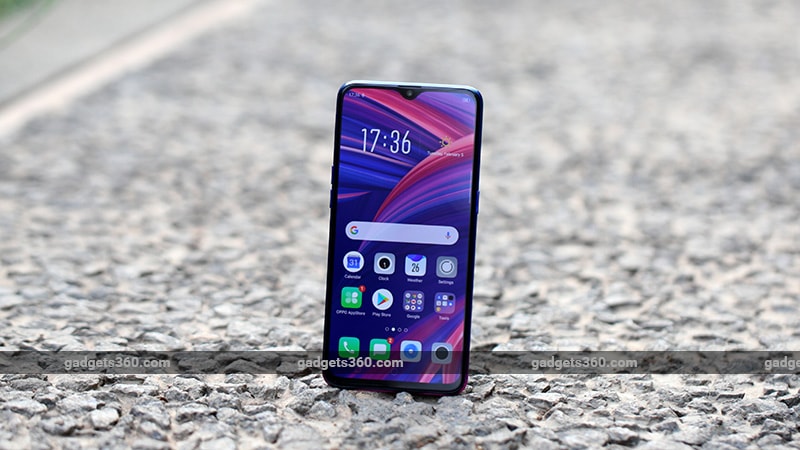 Oppo K1 smartphone has a 6.4-inch full-HD + (1080×2340 pixels) display, Corning Gorilla Glass 5 is used for screen protection. In-display fingerprint sensor has got place for security. Let us know that this phone of the Oppo brand has an AMOLED panel. 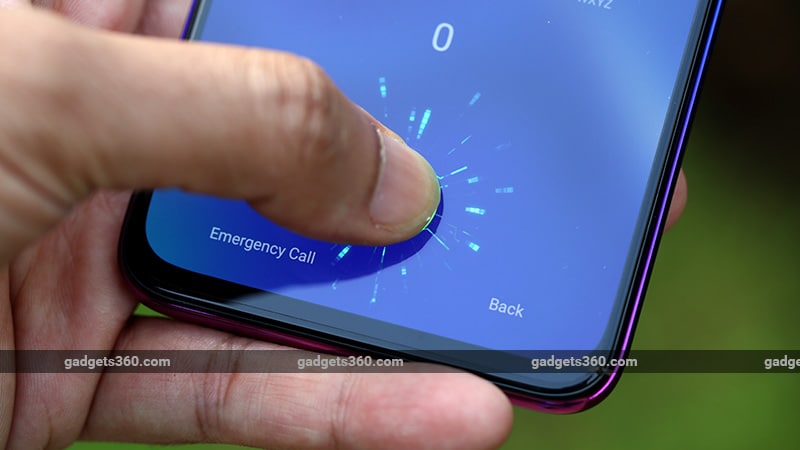 Oppo K1 has a waterdrop display notch. The selfie sensor has got a place in the notch, due to the lack of space, the notification LED is not present. As usual the screen guard will already be available on the display. There is a dual rear camera setup on the back of the phone. In the retail box, you have a silicon case, SIM eject tool, micro-USB cable, 10 watt power adapter and headset.

The octa-core Qualcomm Snapdragon 660 processor is used in the handset, which has a speed of 2.2 GHz. This chipset has been used in Realme 2 Pro (review) and Xiaomi Mi A2 (review). Only one variant of Oppo K1 has been launched in India. With 4 GB RAM and 64 GB storage variants. The phone includes dual-band Wi-Fi 802.11 AC, Bluetooth 5.0, USB OTG, GPS support. The smartphone has compass, accelerometer, ambient light sensor and gyroscope sensor. FM radio is not provided in the handset.

Oppo’s 1 out of box will run on ColorOs 5.2 based on Android 8.1 Oreo. It is expected that during Mobile World Congress 2019 (MWC 2019), the company can unveil some new Oppo smartphones with ColorOS 6. For better gaming performance, the Oppo K1 comes with Hyper Boost Tech. Apart from this, you will also get many additional features like Smart Sidebar, Smart Scan and ORoaming. 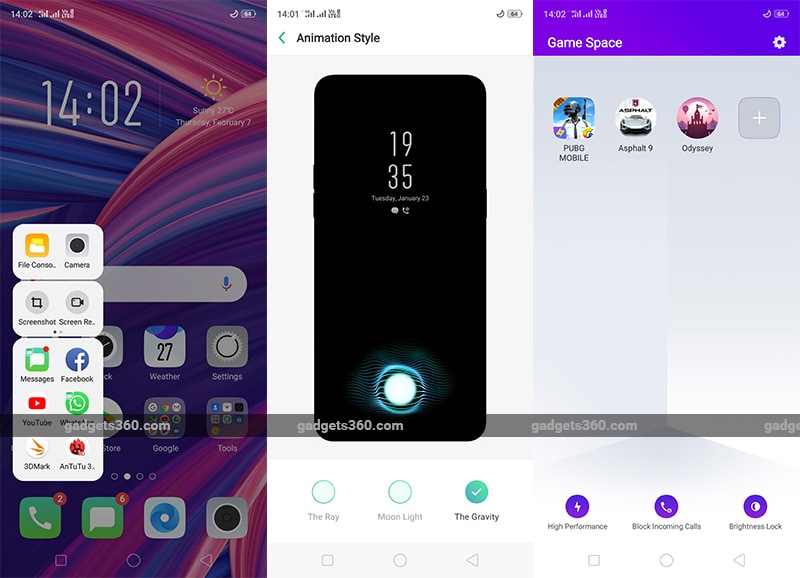 Apart from system apps, Oppo K1 does not have much pre-installed third party apps other than Facebook. Due to the default browser and Oppo App Store, you will get to see many advertisements. You can disable App Store spam, but after disabling this feature in the browser it will still be a problem. Similar problem was also seen in Oppo A7.

We used the handset for several days but we did not face any problem. The display of the phone is quite large, due to this you may have some problem in using the smartphone with one hand. Despite having glassy texture on the back and side of the phone, the phone does not slip by hand. The touch response of the AMOLED display is also quite good. 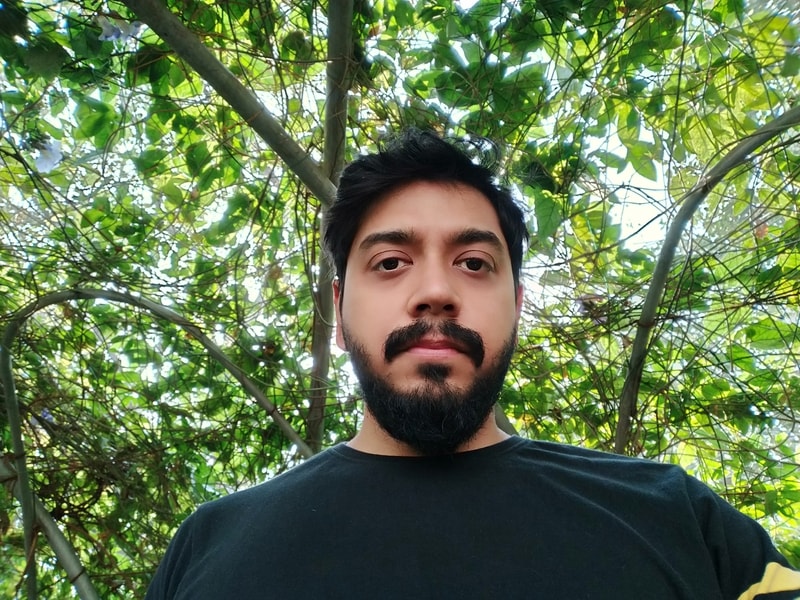 ColorOS is also very smooth and due to 4 GB RAM, the phone runs without any problems. Talking about the in-display fingerprint sensor of the phone, it is not as fast as standard capacitive sensor. Therefore, touch your finger properly on the sensor. The face recognition feature in the phone works fast. With the help of screen brightness in low-light, it can easily identify your face.

6.41 inch display is good enough to watch videos. The speaker’s voice was quite loud while watching YouTube videos, but while playing the PUBG Mobile game, the sound was a bit slow even at full volume. 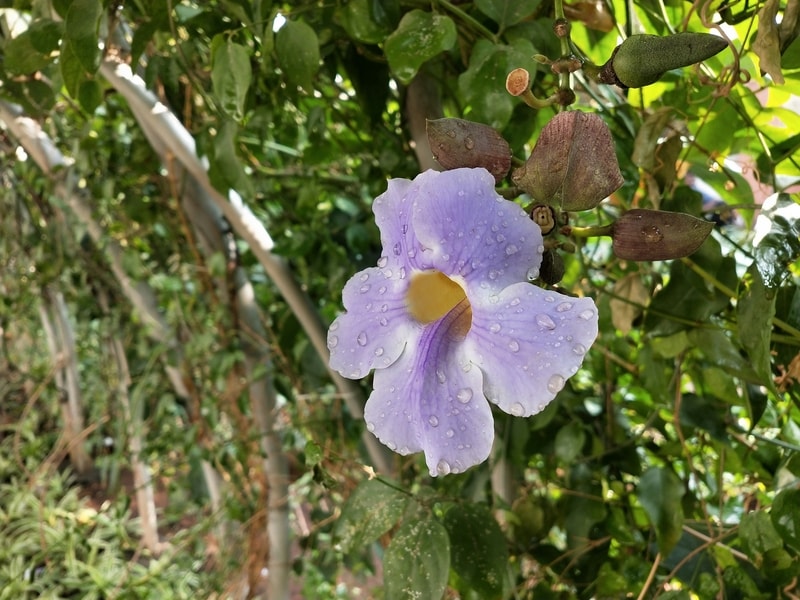 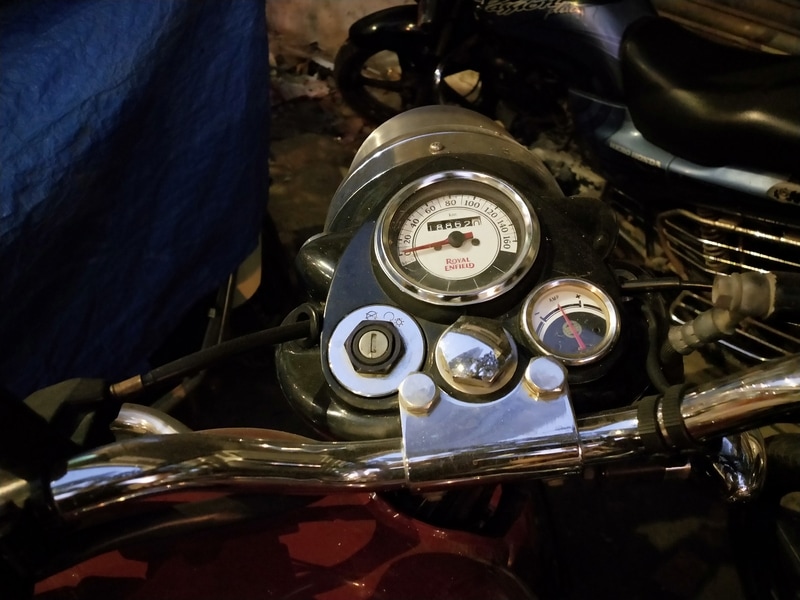 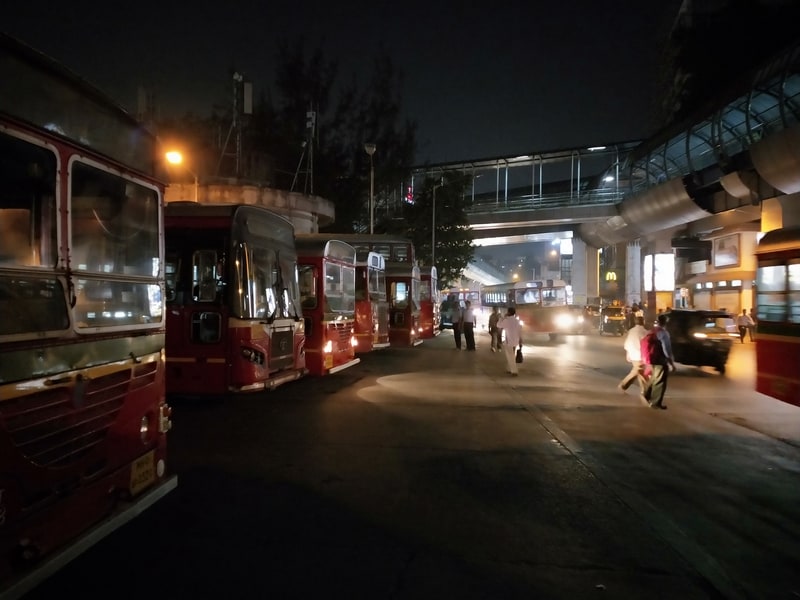 There was no problem of any kind while playing heavy games in Oppo K1. After Asphalt 9: Legends with high graphics settings and PUBG Mobile on medium graphics, both games were quite smooth. We notice that even after playing more than 30 minutes, the phone does not get too hot. Benchmark numbers also indicate that this phone of the Oppo brand runs games and apps well. Oppo’s 1 has scored 1,28,852 in the Antutu Benchmark.

Image quality is very good in daylight without beautification. In selfie you can blur the background, but we found that edge detection does not work correctly. The selfie taken in low-light was also very good. The front camera comes with auto HDR support. The 16-megapixel rear sensor captures well even in low light. The 2-megapixel rear sensor is only used for edge detection when shooting in portrait mode.

The camera takes some time to focus in portrait mode when there is sufficient amount of light. Camera app will get features like Panaroma, AR Stickers, Expert Mode. Speaking of video, Oppo K1 is capable of recording videos up to 4K resolution. Image quality came out better at 1080p resolution. Oppo K1 has a battery of 3,600 mAh to make it live. The phone provided 12 hours and 36 minutes of backup in our HD video loop test. Oppo’s 1 wook does not come with fast charging support but you will get a 10 watt power adapter with the help of which your phone will be fully charged in 2 hours and 30 minutes.

In this price segment, Oppo K1 is the only smartphone that comes with an in-display fingerprint sensor. The price of this handset in India is Rs 16,990. We liked many things in the phone but there are some things that could have been better such as USB Type-C port could be given in the phone. Its build quality could have been better. Low-light camera performance could also be slightly better. Apart from this, we hope that the company will overcome the problem faced by many apps in its upcoming ColorOS version.