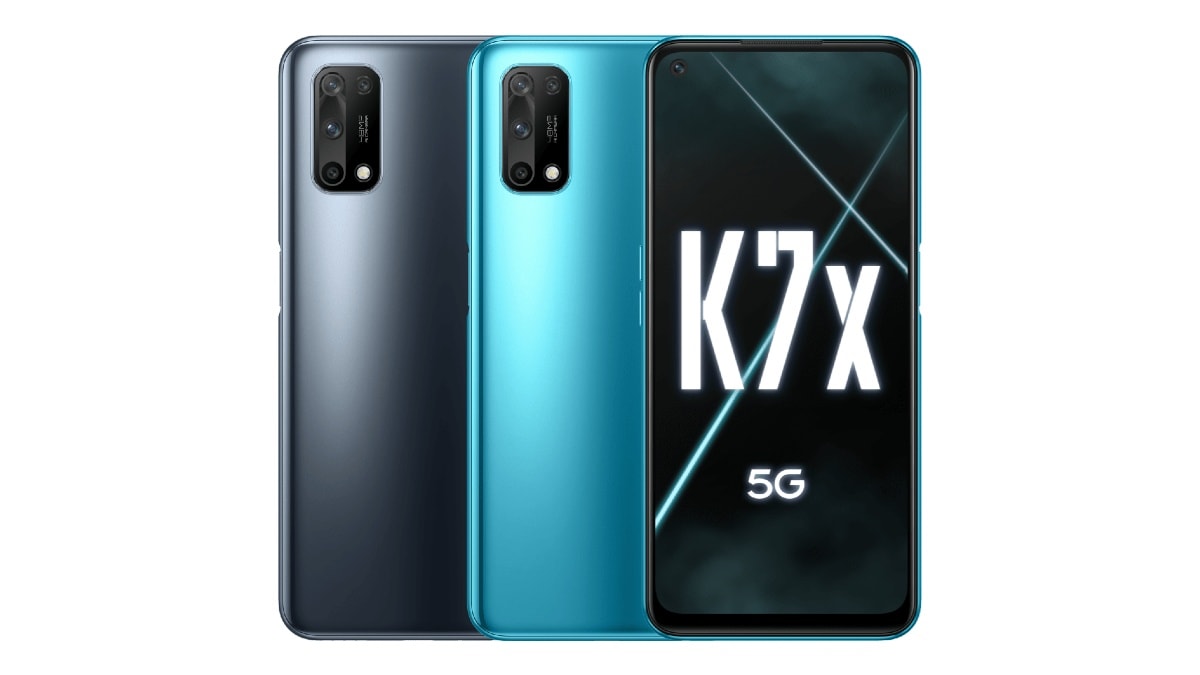 Oppo K7x has been launched in China. The company has listed the smartphone on its official website with the price and specifications and also announced its launch through the Chinese microblogging website Weibo. Oppo’s 7X is a mid-range 5G Peshkesh from the company, which comes with a LCD display panel with a 90Hz refresh rate. The phone gets a MediaTek Dimensity 720 chipset, with 6 GB RAM and 128 GB storage added. Its other features include a 48-megapixel quad rear camera setup and a 5,000mAh battery with 30 watt fast charging support.

Oppo has announced on the Chinese microblogging website Weibo that the only 6 GB RAM and 128 GB storage variants of Oppo’s 7X will cost 1,399 Chinese yuan (about 15,600 rupees). The phone is offered in blue shadow and black mirror color options. According to the announcement made on Vivo, the phone will be sold at a discounted price on China’s biggest annual cell 11.11.

Currently, Oppo has not shared any information regarding the entry of Oppo K7x in other markets including India.

Dual SIM Oppo’s 7X smartphone runs on ColorOS 7.2 custom skin based on Android 10. The phone offers a 6.50-inch full-HD + IPS LCD display with a 90Hz refresh rate and 90.5 percent screen-to-body ratio, including a hole-punch cutout for selfies. The pixel density of the display is 405 PPI and supports a maximum of 600 nit brightness. To protect the display, it has the protection of Corning Gorilla Glass 3. Oppo K7x is launched with the MediaTek Dimension 720 chipset, which comes equipped with 6 GB RAM and 128 GB storage. Storage cannot be extended via microSD card.