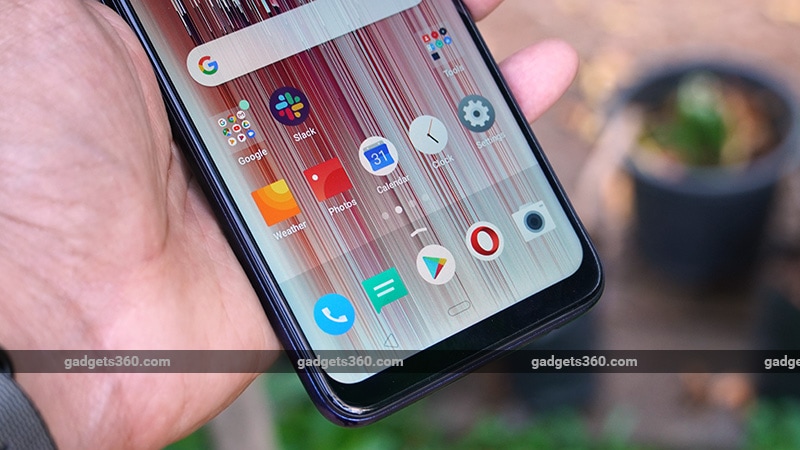 Realme has managed to carve a niche for itself in the hearts of Indian customers. The journey started as a sub-brand of Oppo. Realme then became a separate company. After this Realme did not limit its portfolio to just smartphones. The company also introduced audio and travel accessory products. The company also plans to open exclusive retail stores in the second quarter of 2019.

Now Realme has launched its new smartphone Realme 3. This phone is an upgrade of Realme 2 and the price is also around the same. However, in order to keep the claim strong, a more powerful processor has been given in the new model. There is also a change in design and software is the latest. For these reasons, the phone appears to be an attractive option in the price range of Rs 10,000. Let’s know about its features and drawbacks through the review …

The biggest change in the design of Realme 3 compared to Realme 2 is the presence of Waterdrop Notch. Realme says that the back of the phone is with a new unibody design. Injection molded plastic has been used instead of glass on the back side. But it gives a feeling of being strong and holding it in hands is also convenient. But fingerprints fall easily.
Realme 3 weighs 175 grams which cannot be called light and has a thickness of 8.3 millimeters. But weight distribution is excellent. Fingerprints will tease you. It is not easy to keep the previously given screenguards and glossy backs clean. We have reviewed the Radiant Blue variant. But Realme 3 is also available in Black and Dynamic Black colors.

The single SIM slot has space for two nano SIM cards and one microSD card. The phone has support for 4G DualVOLTE. At the bottom there is a 3.5mm headphone jack, micro-USB port and speakers. 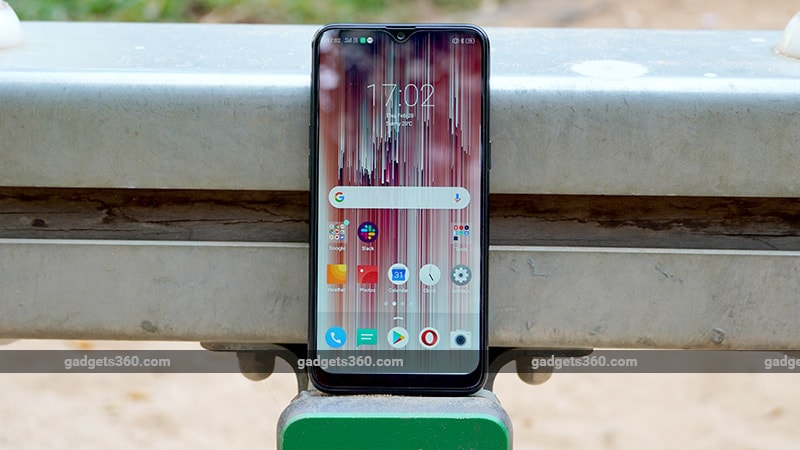 Realme 3 has a 13-megapixel only camera on the front, which has got a place in the Nokia. The earpiece is placed just above it. You will get a 6.2-inch HD + display with Corning Gorilla Glass protection. Reality has not revealed anything about the version. The Chin at the bottom is wider than the Realme U1.

Given the screen size, the resolution is slightly lower. Especially when it competes with many full-HD panel handsets. For this reason, images and text do not look very sharp. But the situation is not so bad that the phone is rejected. Colors look vivid and the level of brightness is also sufficient. We did not have trouble reading e-mail even in direct light.

On the back side is the logo of Realme, which is found below. There are two rear cameras at the top, LED flash and fingerprint sensor in the middle. Fingerprint scanner works faster. But the face unlock feature of this phone also works as fast as other phones of Reality.

Overall Realme 3 handset is an upgrade of Realme 2 in many ways. However, according to us, the company should have provided glossy back and USB Type-C port.

Realme 3 comes with silicon case, SIM ejector tool, data cable and 10 W charger. You will not find any earphones in the retail box. 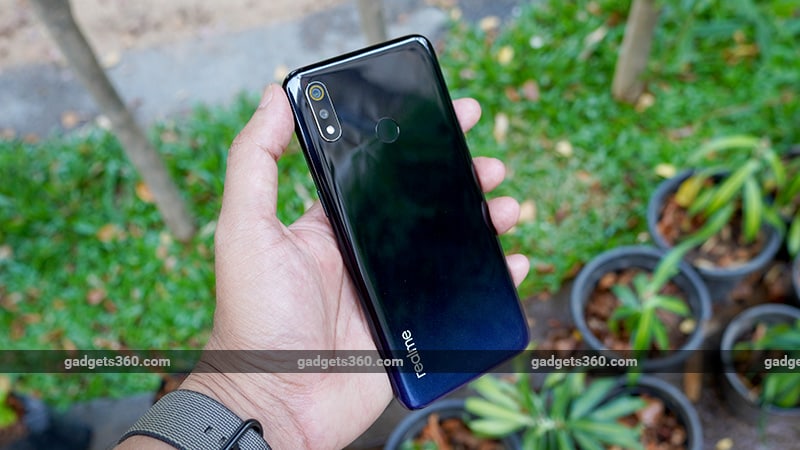 The specification of Realme 2 surprised everyone, because Realme 1 was equipped with a much better processor. The company has not repeated this mistake with Realme 3. This time, the MediaTek Helio P70 processor has been used, which entered the market with Realme U1. It is a capable processor.

The phone is equipped with ColorOS 6.0. This custom skin is based on Android 9.0 Pie. Our review unit had a security patch for January 2019. ColorOS has not been our favorite custom Android skin. But many flaws have been overcome in the new version. 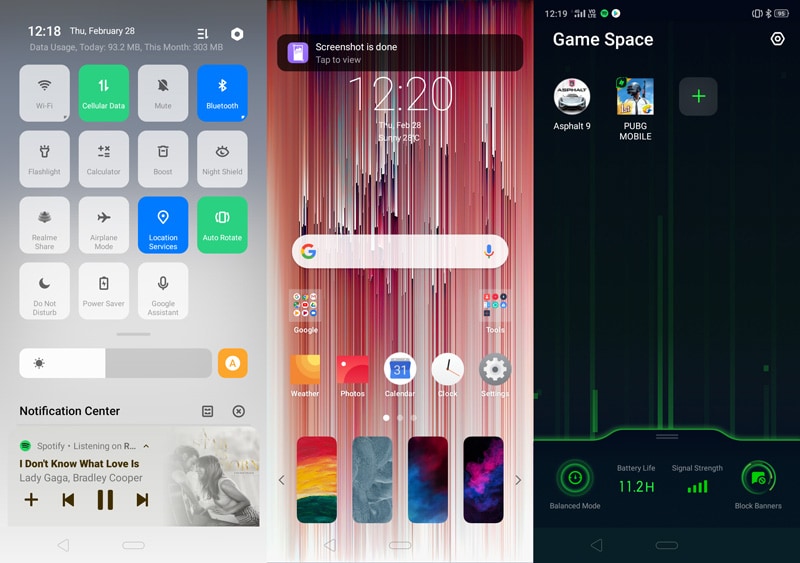 Google’s digital wellbeing feature that comes with Android 9 Pie is not available yet. Android’s battery graph is also not yet part of the OS.

Due to the new software and upgraded hardware, the experience of using Realme 3 is great. There were no complaints of the phone getting hot while using social media or chat apps. The phone also handles multitasking easily. Despite being glossy back, the phone does not slip into the hands.

The phone plays well in gaming. We tested Asphalt 9: Legends and PUBG Mobile. We had a pleasant experience in both the games. High preset graphics also had framerate smoothness while playing Asphalt. PUBG Mobile did well in the medium graphics preset. The phone is hot during gaming, but it is not surprising. 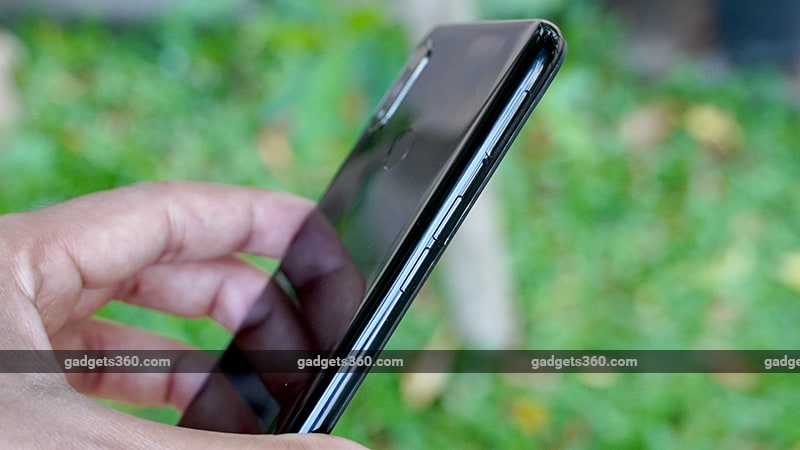 Realme 3 also works well with media. Animated films come with good color saturation. They also look lively. Blacks are slightly crushed in dark scenes, but this is not bad for HD + displays.

A single speaker makes a loud noise. But the voice is of very average quality. Its position is such that using the phone in landscape mode increases the chances of blocking the speaker.

Realme 3 has a 13-megapixel and 2-megapixel rear camera setup. The primary sensor is F / 1.8 aperture. Secondary sensor is only used to measure depth in portrait mode.

The new version of ColorOS has also undergone some changes in the camera app. Realme has introduced two new shooting modes for the rear camera – Nightscape and Chroma Boost

According to Realme, Nightscape works by giving users bright images in low light using AI and multi-frame exposure. This feature in use gave good results in more circumstances. But it was not very effective in the pouring darkness. 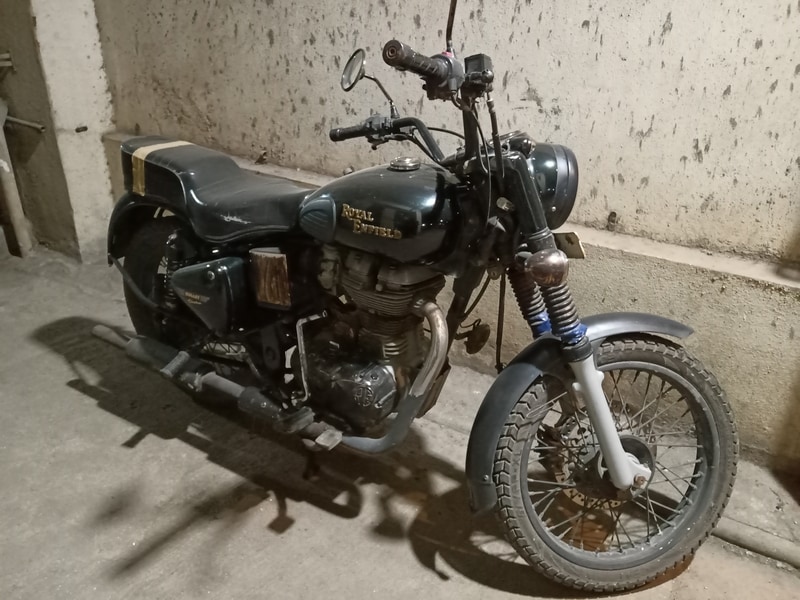 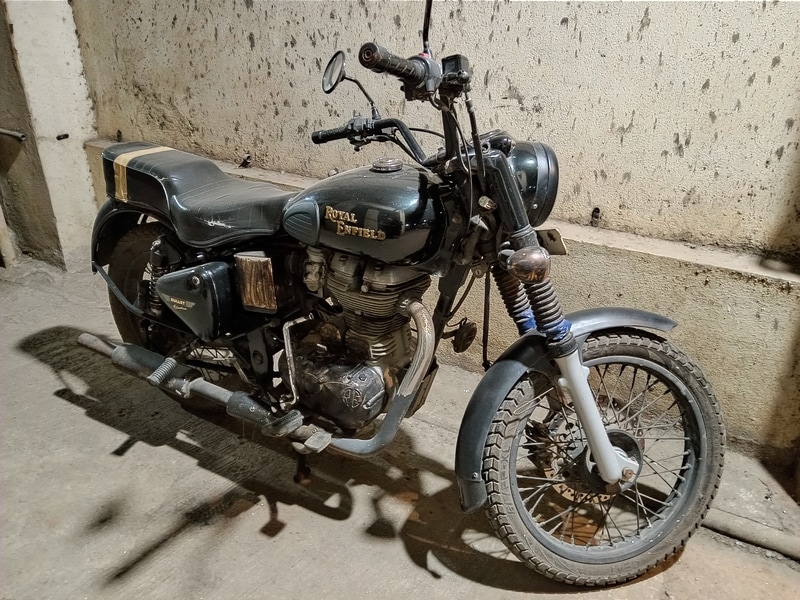 Chroma boost can be activated from the viewfinder. This boosts the dynamic range of the image. Especially when the subject is being shot in bright light. Our test shot definitely saw a boost in colors and brightness. 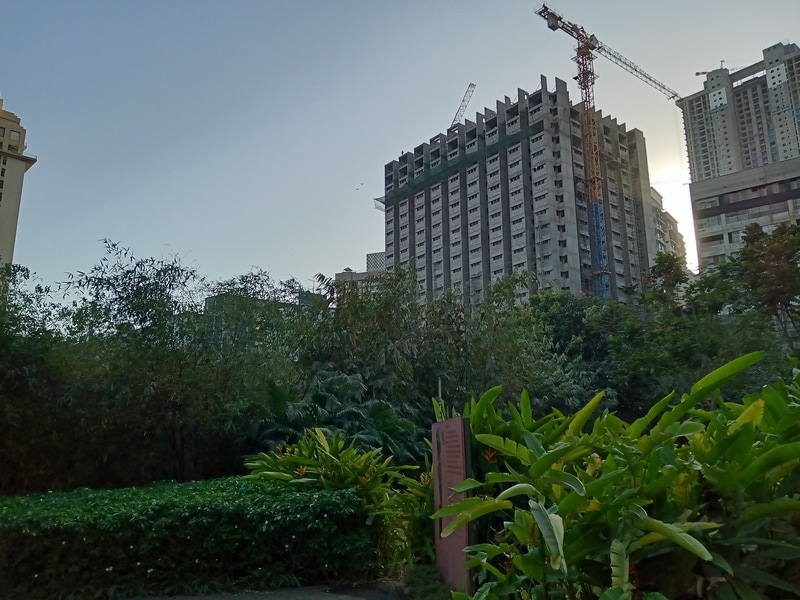 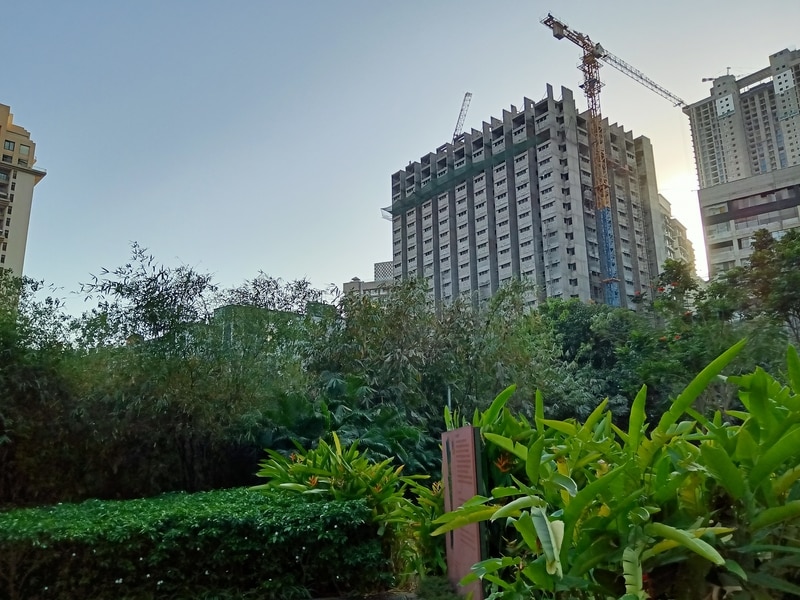 Landscape shots from the primary camera sometimes come best, sometimes extremely average. There is no lack of detail in some shots, but the camera lags a bit in the complex scene. Macros come with sharp and full detail. Colors are also a good capture in sufficient light. But there were many occasions when the camera did not focus on the subject we wanted. If you do not use nightscape, the camera captures soft pictures in low light.

Portrait mode is part of the front and rear cameras. The edge detection of the rear camera works fine. However, at times the outputs are very poor. Background blur is slightly aggressive. Sadly, there is no facility to adjust it. Photos can also be taken in portrait mode from the front camera. But edge detection is not very good. HDR is also available, but the colors seem over-saturated. 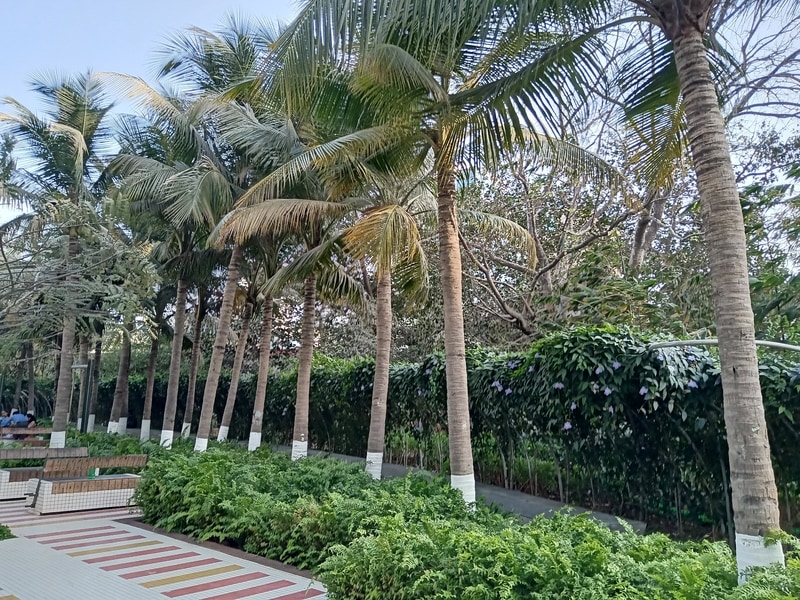 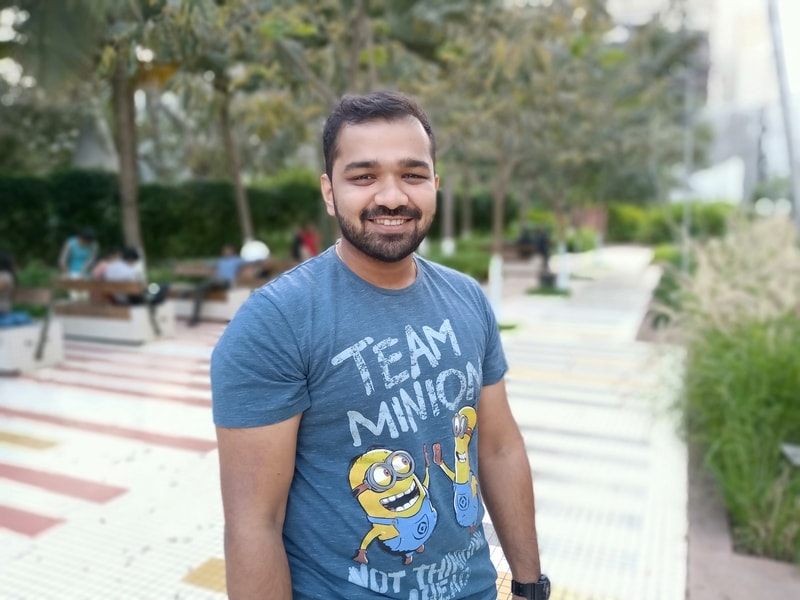 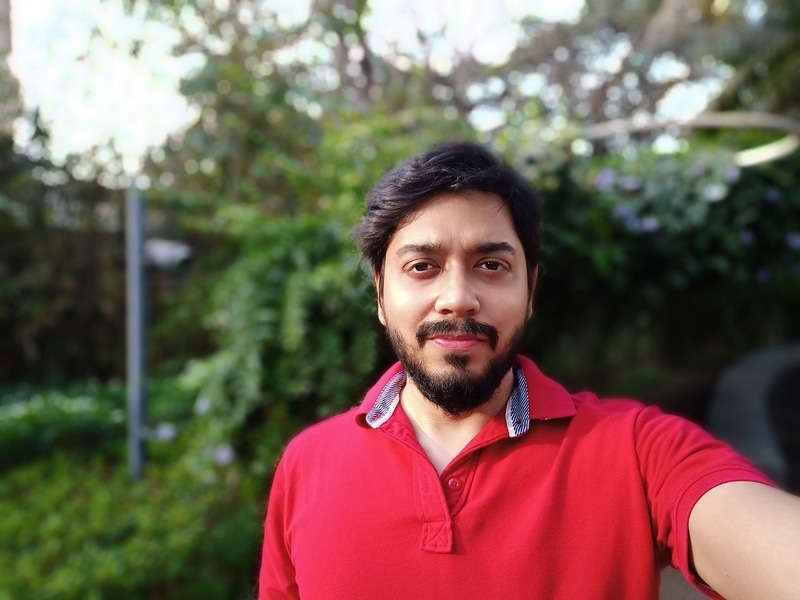 The front panel has a 13-megapixel sensor with F / 2.0 aperture. It captures selfie with detail in sufficient light. But lags behind in low light. There is also an AI beautification mode.

The battery of the phone is 4230 mAh. It supported us all day in common use. For some reason this battery gave disappointing results in the video loop test. The phone’s battery lasted for 9 hours 52 minutes, which is slightly better than the average. There is no fast charging support, but you get a 10 watt charger.

If seen, Realme 3 is a strong upgrade of Realme 2 in every respect. The design is modern. The rear camera has got some new features. The display is bright and vivid. Even though the battery did not achieve good scores in the test, it is reliable in general use.

The most important upgrade is the processor. The cameras have improved, but there is still room for improvement. According to us, the company should have provided a Type-C charging port, metal or glass enclosure and a higher resolution display.

Realme 3 will be directly challenged with the recently launched Xiaomi’s Redmi Note 7. We have not yet reviewed Xiaomi’s latest budget phone. But on paper, its claim seems very strong.

For example, Redmi Note 7 comes with glossy back, full-HD + display, USB Type-C port and Qualcomm Quick Charge 4 support. Its price is also around Reality 3. On the basis of these features, the Redmi Note 7 feels stronger than Realme 3 in every respect. But we will make the final decision on this only after reviewing Xiaomi’s phone.

If your budget is limited, then you can consider buying a 3 GB version of Realme 3. However, remember that you also have the chance to get Redmi Note 7 by paying an extra Rs 1,000. On the other hand, the price of powerful variants of Realme 3 is around the company’s own Realme U1 handset.

Realme has told Gadgets 360 that no Realme handset will be removed from the market for the coming few months. In such a situation, we will suggest you to buy Realme U1 (review).