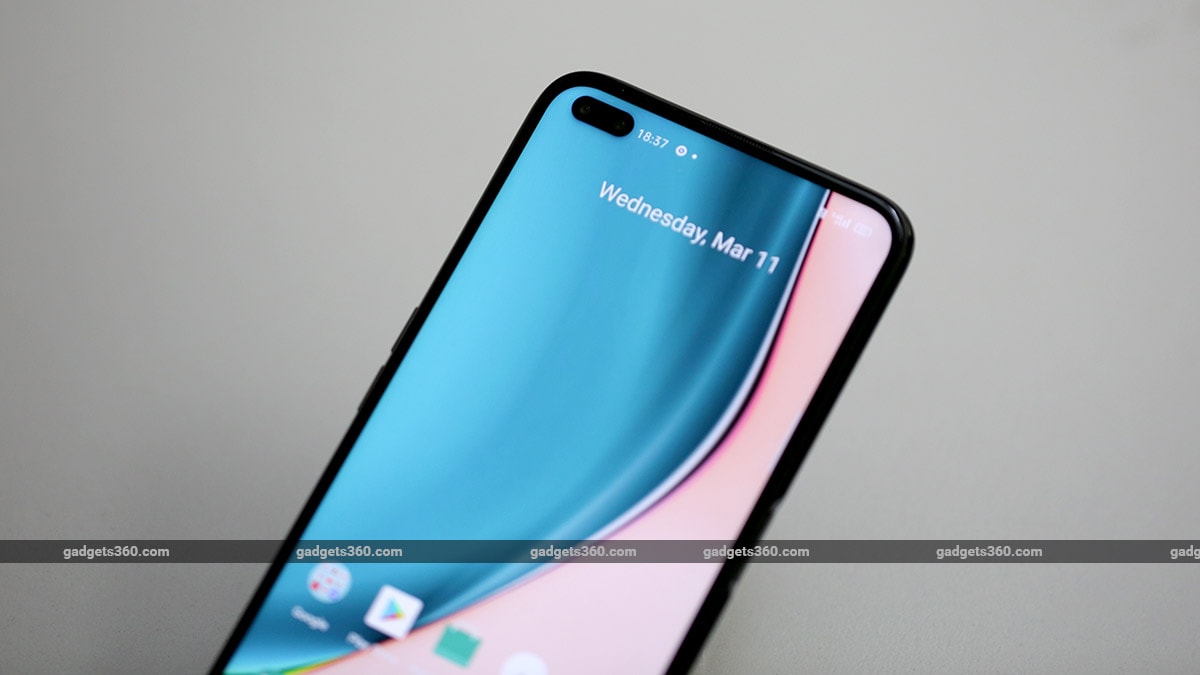 OnePlus had created a stir in the mid-range market with the launch of its affordable OnePlus Nord. It has not been much time since the smartphone was launched. Although the phone comes equipped with many powerful features, but it also has a specialty dual selfie camera. This is the first phone from OnePlus, which comes with dual selfie camera setup. After a long time, OnePlus has launched a phone for less than Rs 30,000. The price of OnePlus Nord in India starts at Rs 24,999. This price is of 6 GB RAM + 64 GB storage variant of the phone. The phone’s 8 GB + 128 GB storage variant was launched at Rs 27,999 and the 12 GB + 256 GB storage model for Rs 29,999.
The OnePlus Nord has a dual selfie camera setup for selfie and video calling, which has a 32 megapixel primary selfie camera and an 8 megapixel secondary camera sensor. Other features of the phone include a fluid AMOLED display panel with a 90Hz refresh rate, Snapdragon 765G processor, a 48 megapixel Sony IMX586 primary sensor with quad rear camera setup and a 4,115mAh battery with warp charge 30T support.

The latest phone on this list is Oppo F17 Pro. The feature of the phone is the dual selfie camera setup, in which 16-megapixel primary sensor and 2-megapixel depth sensor are available. Both sensors come with an F / 2.4 lens. The phone comes with a quad-rear camera setup with a 48-megapixel primary sensor, an octa-core MediaTek Helio P95 chipset, and a 4,000mAh battery with 30 watt wook flash charge support.
The price of Oppo F17 Pro in India is Rs 22,990 and it comes in only 8 GB RAM and 128 GB storage variants. It also has a Diwali edition, which costs Rs 23,990. This only changes the color. Its specifications are similar to the standard variants. However, its box gets a 10,000 mAh power bank and an exclusive Diwali back cover for free.

The Realme 6 Pro smartphone was launched in March this year and its main feature is the dual selfie camera setup. Reality 6 Pro has dual hole-punch selfie camera setup. There is a 16 megapixel Sony IMX471 primary sensor. The aperture is F / 2.0. It has an 8 megapixel secondary camera equipped with ultra-wide angle. Talking about other specifications, the phone includes a quad rear camera setup with a 64-megapixel primary sensor, Snapdragon 720G processor, 6.6-inch full-HD + display and a 30W VOOC Flash Charge 4.0 4,300mAh capacity battery with fast charging support.

Poco X2, the popular budget smartphone of Chinese company Xiaomi’s sub-brand Poco, is a tough competitor to the Realme 6 Pro mentioned above. Like the Realme 6 Pro, it also has a dual selfie camera setup, in which a 20-megapixel primary sensor and a 2-megapixel depth sensor have been fitted. Apart from this, the Poco X2 has four rear cameras, including a 64-megapixel Sony IMX686 primary sensor, a 2-megapixel macro lens, a 2-megapixel depth sensor, and an 8-megapixel wide-angle lens with 120-degree field-of-view. Apart from this, the phone includes a 6.67-inch full-HD + display with a 120Hz refresh rate, a Snapdragon 730G processor and a 4,500mAh battery with 27W fast charging support.

The latest smartphone in the list is Realme X3, which comes equipped with a dual selfie camera. After launching at the end of last month, the smartphone has also been made available for the first time through flash cell. Reality X3 has an 8-megapixel ultra-wide-angle shooter for selfie and video calling and a 16-megapixel Sony IMX471 primary camera sensor. Other features include a quad rear camera setup with a 64-megapixel primary sensor, a Qualcomm Snapdragon 855+ chipset, a 6.6-inch full-HD + display with 120Hz refresh rate support, and a 4,200mAh capacity battery with 30W dart flash charge fast charging support.
In India, the 6GB + 128GB storage variant of Reality X3 was launched for Rs 24,999 and the 8GB + 128GB storage option for Rs 25,999. However, during the online sale, the phone is listed on Flipkart at an initial price of Rs 21,999.

Oppo Reno 3 Pro was launched in March this year at an initial price of Rs 29,990. This price was of 8 GB RAM and 128 GB storage variants. However, now its price starts at Rs 25,990. Its 8 GB RAM and 256 GB storage model costs Rs 29,990. Oppo Reno3 Pro’s dual selfie camera setup includes a 44-megapixel primary camera with f / 2.4 aperture and a 2-megapixel depth sensor. The phone works on the Octa-core MediaTek Helio P95 processor and comes equipped with a 4,025 mAh battery with 30 watt fast charging support.