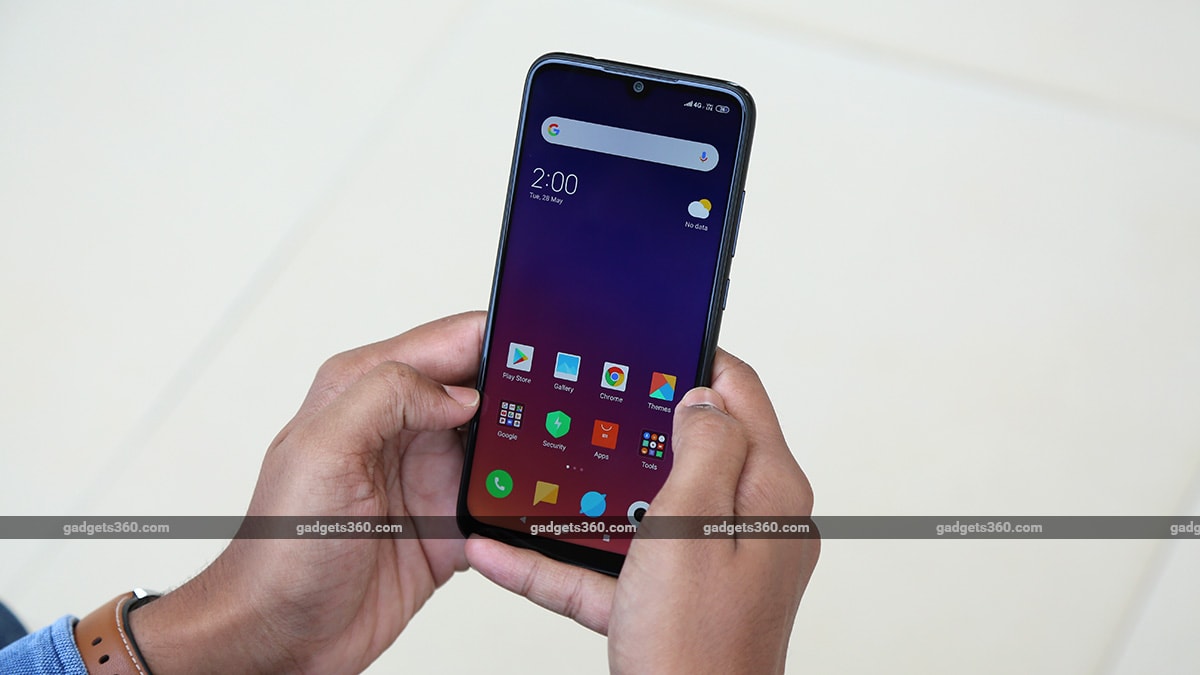 Redmi has been Xiaomi’s budget series for a long time. It is one of the most popular smartphone series in India. In order to stay ahead of the competition, Xiaomi is continuously launching new smartphones in the Redmi series. A few months ago Xiaomi launched Redmi Note 7 (Review) and Redmi Note 7 Pro (Review). Both these models were launched in the price segment of Rs 10,000 and Rs 15,000.

All three models have a large display with a small notch. Xiaomi named it “dot notch”. The frame is still made of plastic and the placement of the buttons is also the same. We found that the power button is easily accessible while the volume button is placed slightly higher than it. The frame of the Redmi Note 7S is curved, due to which the phone easily fits in the hand. 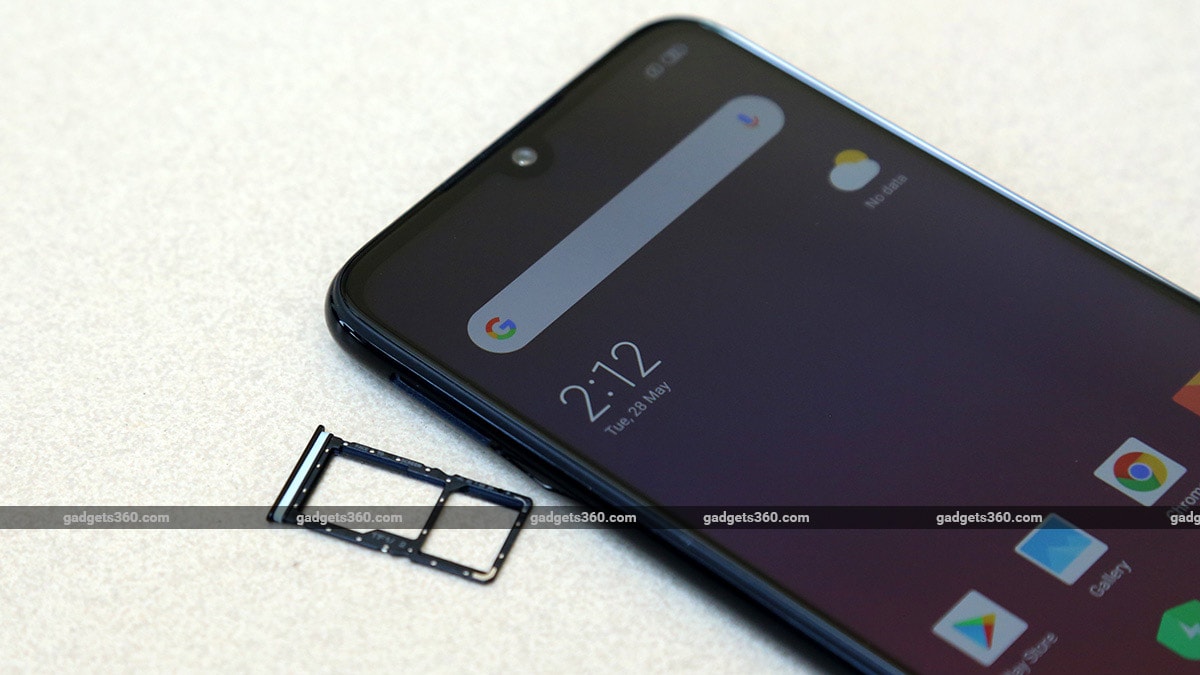 The top of the phone has a 3.5mm headphone jack with IR emitter and secondary microphone. IR Emitter is a nifty feature that controls your applications using the Mi Remote app. There are two grills at the bottom of the phone of which only one has a loudspeaker. Apart from this, a USB Type-C port is also provided.

The Redmi Note 7S has a hybrid dual-sim tray on the left side. In such a situation, you can use either two nano SIMs or one SIM and a microSD card. Hybrid dual-SIM slots can be a bit disappointing, even when a dedicated microSD card slot is present in some counter-devices.

The Redmi Note 7S has a 6.3-inch display, especially the lower and the border near the camera notch. The display supports full-HD + (1080×2340 pixels) resolution. Sports. The viewing angle and color reproduction of the display is good. Different display modes have been given in the phone, not only that, you can also adjust the color temperature as per your choice. 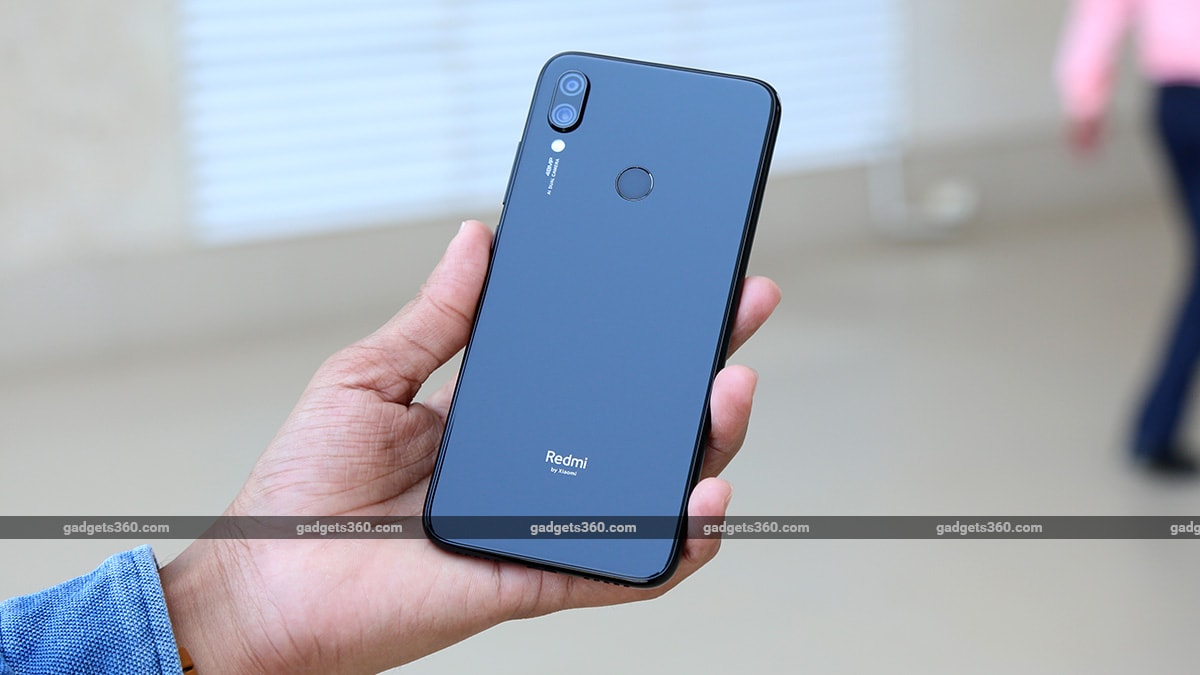 Our Redmi Note 7S review unit runs on MIUI 10.3 based on Android 9 Pie, along with the latest May security patch. MIUI is much more customized, but you will feel the same as before if you are upgrading from another Xiaomi smartphone. If there is any kind of change in the settings, the search button will help you. 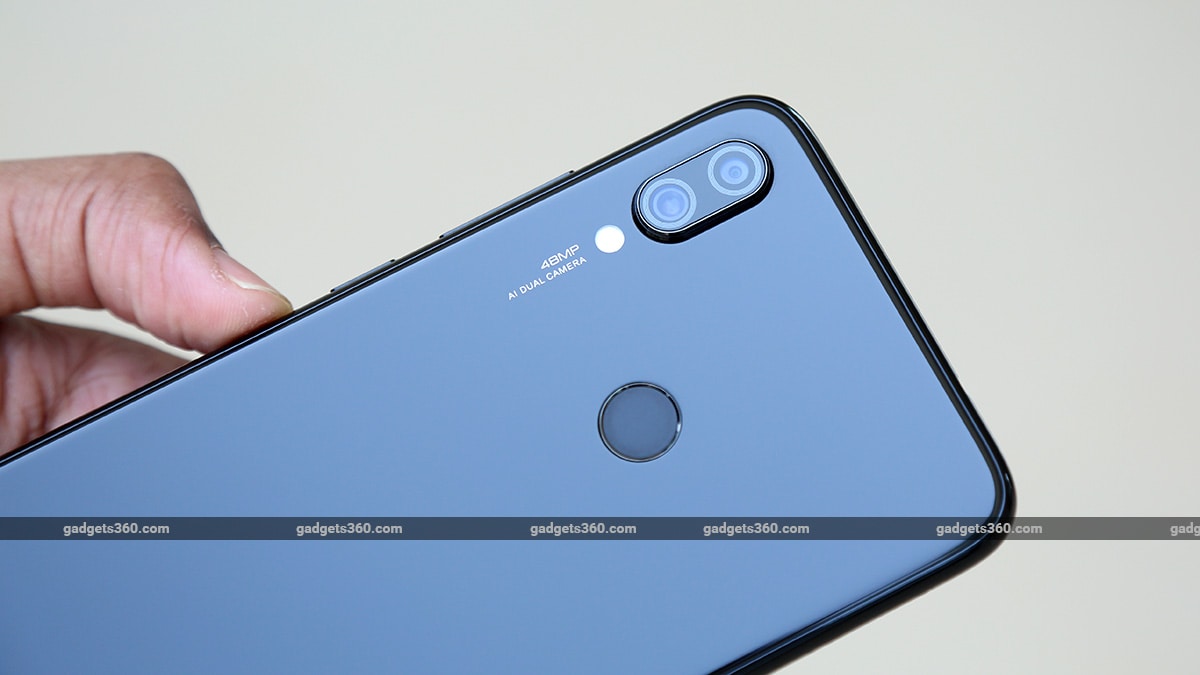 Theme support is also available in MIUI and with its help you can customize the look of the software. Redmi Note 7S has a lot of bloatware. The smartphone will be pre-installed on Amazon, Facebook, Netflix, Dailyhunt, Twitter, Opera News and Opera Mini. Xiaomi’s own apps such as App Store, Music, Me Video, Me Drop, Me Community and Me Pay will also be available. We found that the Music and Me Video app is a bit spammy because it has been sending notifications throughout the day. We have covered most of the shortcuts and features of MIUI 10 in the review of our Redmi Note 7 Pro.

The Redmi Note 7S is a capable smartphone that easily handles all the tasks throughout the day. Multitasking was easy when scrolling through the menu and between multiple apps. The Redmi Note 7S did not slow down at all. The fingerprint sensor also works faster. Face unlock feature is also provided in the phone, it works well in light but it takes longer for the phone to be unlocked in the dark.

Redmi Note 7S has support for Widevine L1 DRM, which will allow you to enjoy Netflix and Amazon Prime videos in HD resolution. The sound comes from the speaker and we enjoyed it while watching the content on this smartphone. The speaker could have been a bit better. 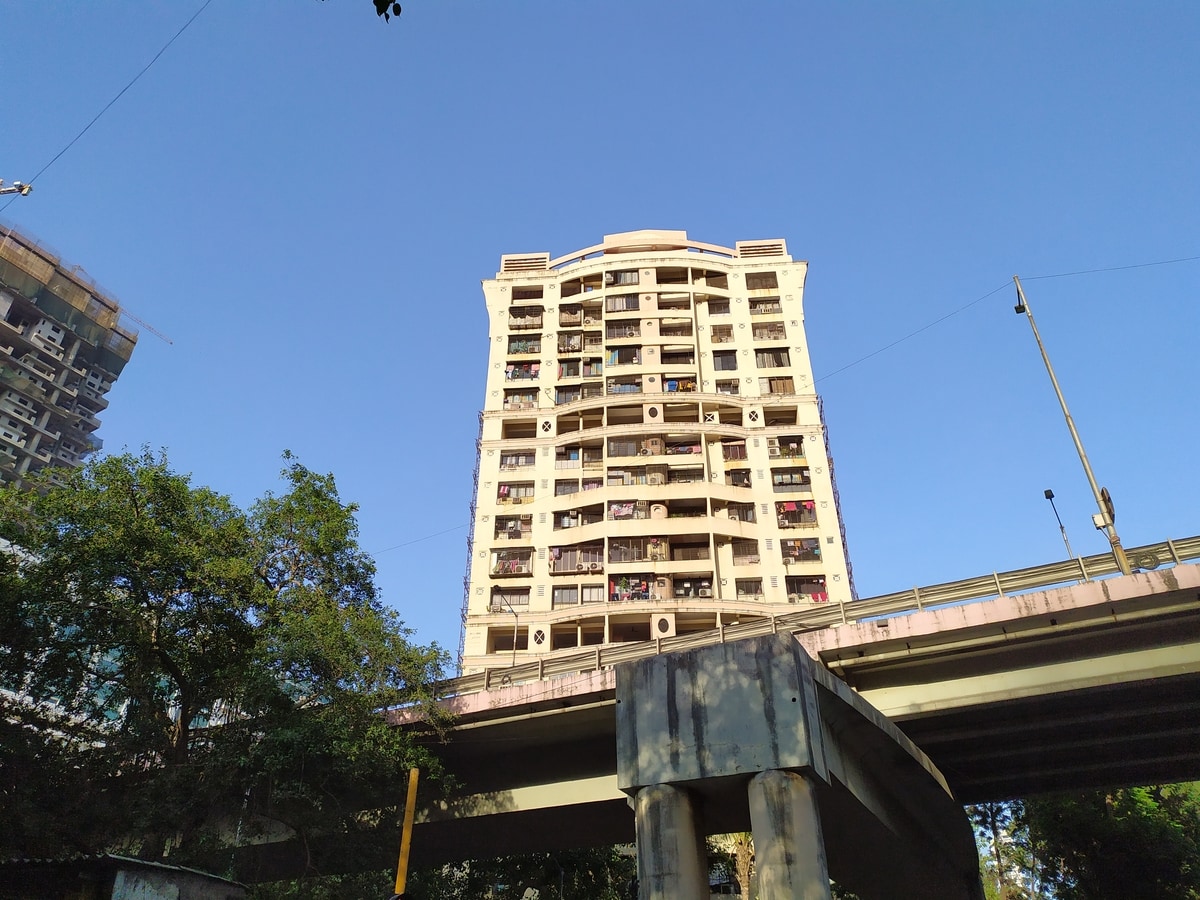 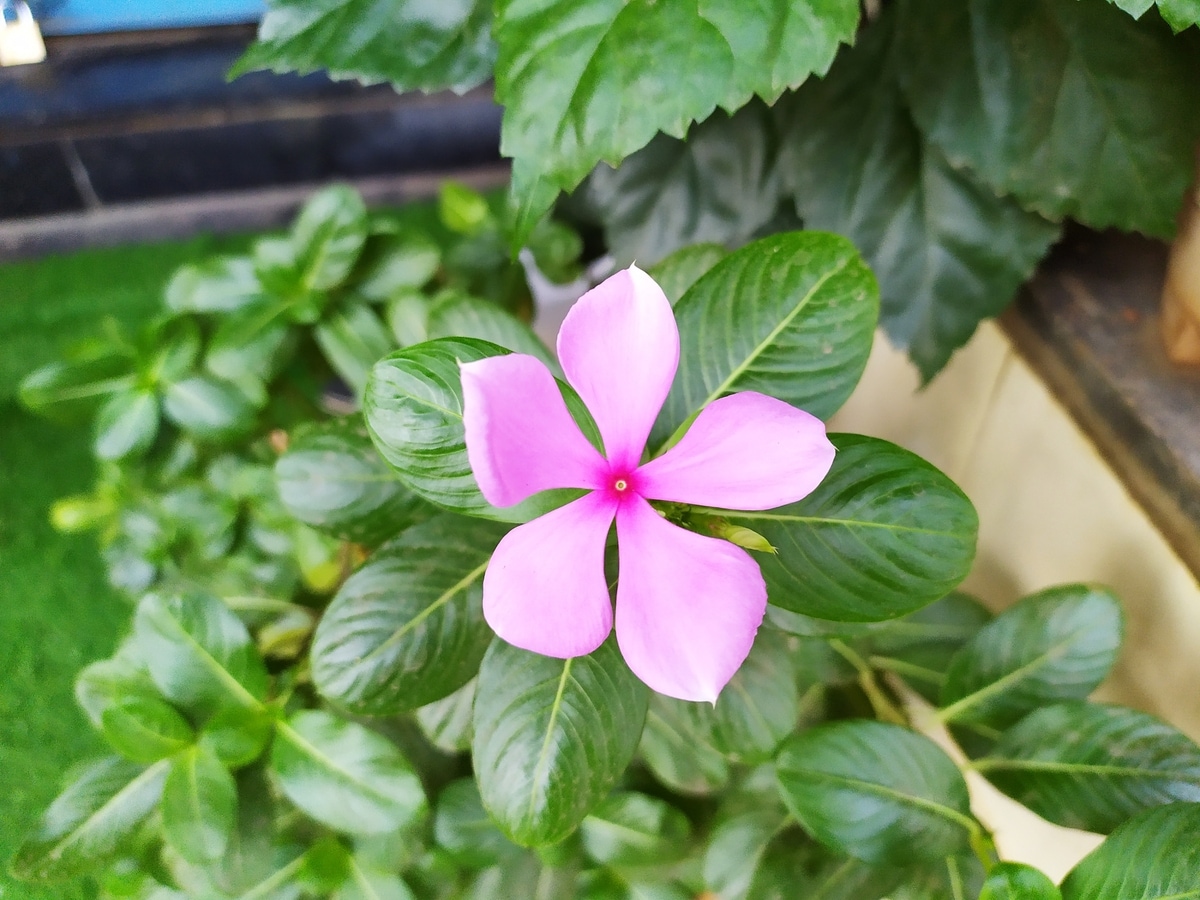 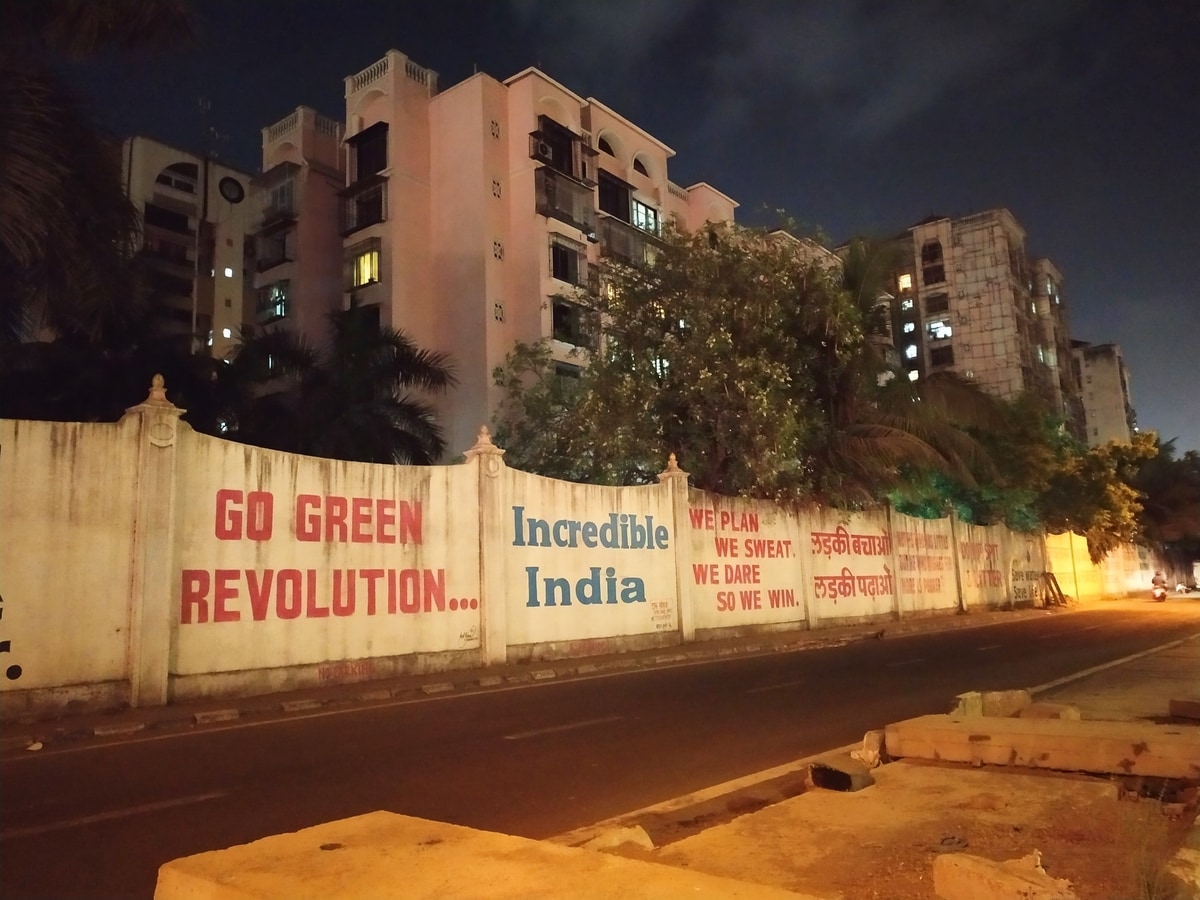 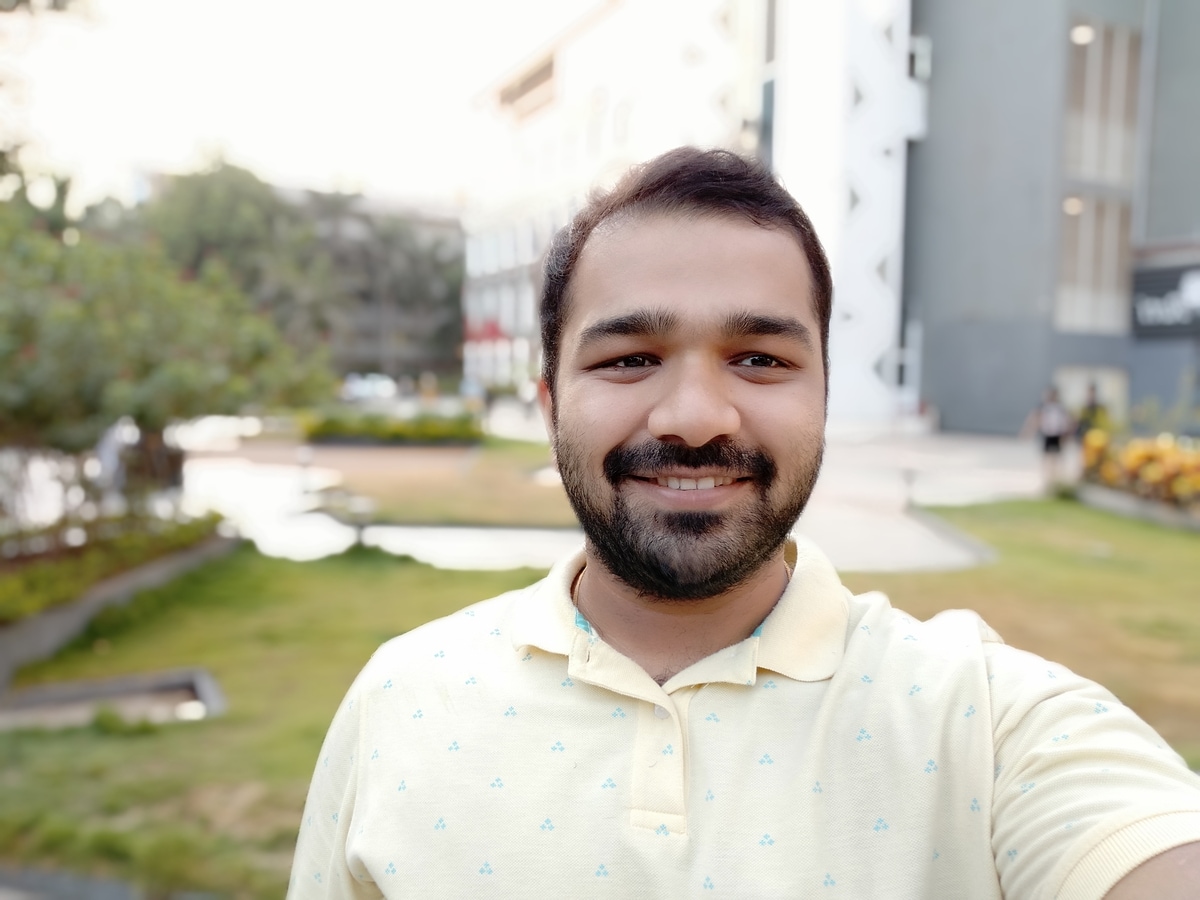 We saw PUBG Mobile playing in the phone and the phone runs it easily on the medium setting. After playing for about 20 minutes, we found that the space above the fingerprint sensor gets slightly warmer. Like the Redmi Note 7, the Redmi Note 7S also has a 4,000 mAh battery and also offers similar battery life. In our HD video loop test, the Redmi Note 7S supported for 13 hours and 17 minutes, which is a good score.

One major difference compared to the Redmi Note 7 is that the camera setup of the Redmi Note 7S is different. Redmi Note 7S has two rear cameras. There is a 48 megapixel primary camera with F / 1.8 aperture with LED flash. It has a 5 megapixel secondary camera. A 13-megapixel front camera has been given for the selfie.

The camera app is the same as we have seen in other Xiaomi phones and also has AI scene recognition support with HDR and color filters. Various camera modes are also provided, including Portrait, Panorama, Night and Pro. The camera comes into AI action during the shoot with Redmi Note 7S and it detects plants, buildings and animals properly. If you are shooting against light, then it automatically enables HDR. Color reproduction in photos was good.

The macro shots were correct but the phone does not show the color correctly when taking pictures of flowers. We also found that the edges of our subjects were not as sharp as those seen in the photos shot with the Redmi Note 7 Pro. Portrait mode uses a secondary camera and we got good bokeh effects but there is no way to adjust the blur level. The edge detection was good but the Redmi Note 7S overexposed some shots.

Low-light performance was also good, but the picture looked fine grain. There was a lack of detail in the picture of the object at a distance. Night mode has been given in the phone which makes the pictures bright but at the same time the grains appear in the photos. The photos captured from the selfie captured the details well and we found that the AI ​​beautification of the phone was also useful. Most of our selfie backgrounds were overexposed even when HDR was enabled.

The primary camera is capable of recording 1080p resolution videos but you also have the option to record at 30 frames per second or 60 frames per second. Electronic image stabilization is available in the phone but it is not as effective in low light.

On the other hand, if you are looking for a phone with good camera performance, then Xiaomi Mi A2 (Review) can be a great option for you which is equipped with stock Android. If you can spend a little more money then Redmi Note 7 Pro (Review) is a very good option.