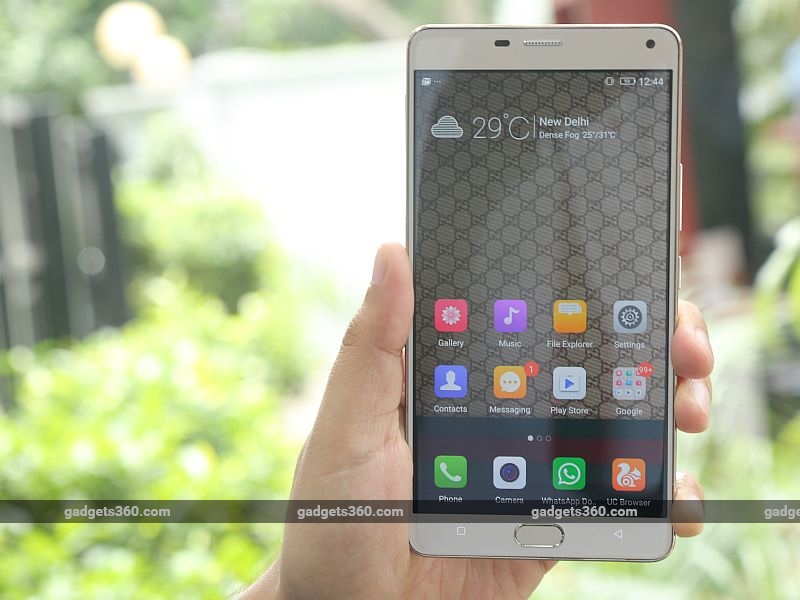 Chinese handset maker Gionee has tried to reinvent itself. The logo has been changed and now the tagline of the company is ‘Make Smiles’. This change is very important for the company. Gionee Marathon M5 Plus is the first product from the company to be available in India with the new logo. In this smartphone too, the most important feature of the company’s Marathon series has been retained. Yes, we are talking about the battery. The funny thing is that despite being the Plus variant of the Marathon M5 launched last year, this handset has been given a smaller battery. Has Gionee tried something new this time with the M5 Plus by not just relying on the battery? Will the Marathon M5 Plus be able to beat its rivals? Let’s know.

look and design
The M5 Plus looks very sturdy when viewed from a distance and also a phone with a completely metal body. In reality it is not so. The frame of the Gionee Marathon M5 Plus is metal, but it still feels sturdy when held in the hand. It is 8.4mm slim compared to the Marathon M5’s thickness of 8.6mm. Sadly, despite being slim, both weigh only 211 grams. If we look at Xiaomi Mi Max (Review), then the weight of this phone coming with 6.44-inch display is 203 grams.

Marathon M5 Plus sports a 6-inch full-HD (1080×1920 pixels) AMOLED display. Its pixel density is 480 ppi which means that pictures and text will look quite sharp. The display is very bright and the color output is also good. There is not much problem in reading something on the display in sunlight.

Despite being priced at Rs 25,000, the Marathon M5 Plus lacks Corning Gorilla Glass or Asahi Glass protection. Fingerprint scanner is given in the physical home button. The phone is easy to use by holding it in one hand. The front camera is on the top right, next to the earpiece.

The primary camera and LED flash are present on the rear. The new Gionee logo is at the center of the rear panel. The company has also written the text Gionee on the speaker grille, possibly the company is not completely sure about its identity with the new logo. The dual-SIM tray is on the left and the microSD tray is on the right. There are two Micro-SIMs in the M5 Plus. The USB Type-C port and 3.5mm jack are at the bottom of the phone.

Overall, the Marathon M5 Plus gives a sturdier feel than many of its rivals. Users who like to watch videos and play games will love the 6-inch screen. Sometimes it is not easy to use it in one hand due to the large display and weight. We also want the back and recent buttons to be backlit so that they are easy to use.

In terms of software, the Marathon M5 Plus runs on Amigo 3.1 skin based on Android 5.1 Lollipop. It’s quite old. It took us some time to get used to the software of the Marathon M5 Plus. Some shocking changes have been made, such as the absence of a toggle switch in the dropdown notification shade. To access shortcuts to functions like Airplane Mode, Wi-Fi, Cellular Data, Bluetooth, GPA, Screen Rotation, the user has to swipe upwards on the screen of the handset.

In this, many Gionee apps will be pre-installed. The Marathon M5 Plus has two home screens with icons for a variety of apps. Gionee has used UC Browser in this handset, which is very clean and easy to use. It also has a System Manager app that comes with RAM Cleaner, Cache Cleaner, App Manager, App Freezer, Power Manager and Eco Mode.

It also has two power saving modes. We found the Extreme mode to be useful, especially when the battery of our phone got depleted during the review.

performance
The biggest change in Android phones is about RAM. With its help, multitasking becomes easy. This is what we got to see with the Marathon M5 Plus. Despite running about two dozen apps in the background, this phone never stopped. However, we had some problems using the UC Browser app. The GStore and Mood Wallpapers apps crashed several times which was disappointing. But during the review, the update released for the handset removed this shortcoming.

Normally Marathon M5 Plus has 1 GB RAM free. Even though it runs on the older Android version, with the help of Amigo UI customization, you will be able to keep track of the apps that are consuming data and other resources.

Talking about gaming, the M5 Plus played heavy graphics games with ease. Call quality was also good. The fingerprint reader on the home screen also responded well. One thing to keep in mind is that this fingerprint scanner will not work if your fingers are wet.

The benchmark figures of the Gionee Marathon M5 Plus were not spectacular. Overall, the performance of the Marathon M5 Plus can be called decent. But considering the price, we expected better results. Sometimes some apps take some time to start which is annoying. It doesn’t justify the price at all.

The Gionee Marathon M5 Plus sports a 13-megapixel autofocus rear camera and a 5-megapixel front camera. Camera app works fast. As a user, you will have many features available in the camera app. Sadly, the phone does not have a Pro Mode like the Marathon M5.

The rear camera took good pictures, especially in terms of color. However, there was a problem of over-saturation in bright light conditions. Outdoor shots looked good on the phone’s screen, but when they zoomed in, the lack of detail was clearly visible.

We were able to take decent pictures in suitable lighting with the 5-megapixel front camera. The amount of noise was high in pictures taken in low light. We wish its camera had the capability to capture slow motion video. But there is no support for this.

The phone has a USB Type-C port and it is possible to charge it faster than the M5. It took around 3 hours to charge the handset’s battery from zero to 100 percent, which is fair considering the large battery.

our decision
26,999, the Gionee Marathon M5 Plus is better than the Marathon M5 (Review) in every respect, albeit with a smaller battery. Although the price seems high, consumers are willing to shell out more for the fingerprint sensor and USB Type C port.

When it comes to battery life, the Marathon M5 Plus easily manages to beat other phones in its price range. The most important feature of this phone is the battery life. Coming to the overall experience, the Marathon M5 Plus doesn’t seem to be able to challenge the popular phones in its price range like the OnePlus 3 (Review) and Xiaomi Mi 5 (Review).