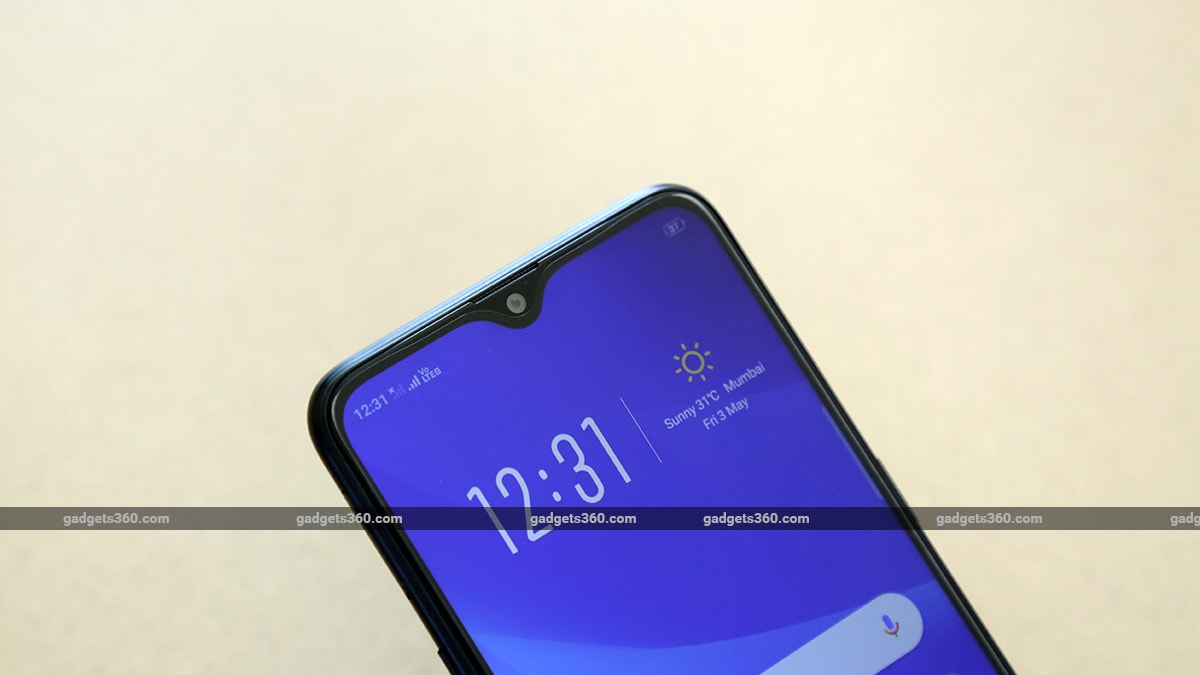 Oppo has recently launched its new smartphone Oppo A5s in the Indian market. Oppo A5S in India is priced at Rs 9,990, it will compete with some of the best smartphones in the market such as Asus ZenFone Max Pro M2 (Review) and Xiaomi Redmi Note 7 (Review). Oppo A5s has 2 GB RAM and 32 GB storage with new MediaTek Helio P35 processor. To bring life to the Oppo A5S, a 4,230 mAh battery has been provided. Is buying Oppo A5s a profitable deal at this price or should you consider other options? We have tested the Oppo A5S to find out this, let’s know about it.

Oppo A5S is a light phone and its body is made of plastic. The first thing that will catch your attention is its large 6.2-inch display. This phone comes with Waterdrop Notch. The Oppo A5s has thin bezels on its edges but the border on the bottom of the phone is slightly thicker. The earpiece has a place just above the waterdrop notch.

The back panel of Oppo A5S is made of glossy plastic, which easily gets fingerprints but you will get a clear case in the retail box. Oppo A5s has two color variants – one black and the other red. The frame of the Oppo A5S is curved due to which the phone easily fits in the hand. 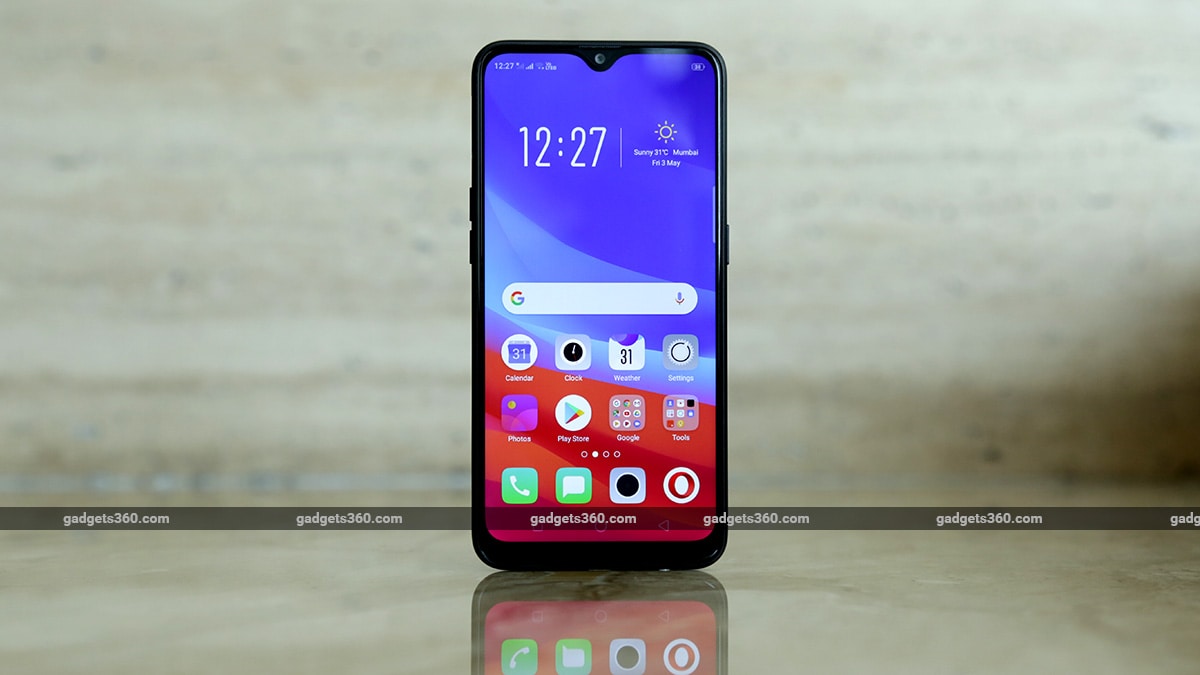 Oppo A5s is equipped with dual-nano SIM slots and microSD card slots. Two rear cameras on the back panel of Oppo A5S and a fingerprint sensor will be available for security. To bring life to the Oppo A5s, a 4,230 mAh battery has been provided. With this budget smartphone of Oppo brand, VOOC rapid charger will not be found in the box.

Oppo A5S has a 6.2-inch HD + display, its aspect ratio is 19: 9. Its viewing angles are good but it is not very bright in outdoor. In the settings, you will get the option to adjust the color tone of the display. For speed and multitasking, the MediaTek Helio P35 processor has been used in Oppo A5s, which has a speed of 2.3 GHz.

The PowerVR GE 8320 GPU has been used in the Oppo A5s for graphics. Only one variant of Oppo A5S has been launched which is equipped with 2 GB RAM and 32 GB storage variants. It is possible to increase the storage with the help of microSD card when needed. Oppo A5s include dual 4G VoLTE, Wi-Fi, Bluetooth version 4.2, GPS, GLONASS, Beidou, Galileo, FM radio and USB-OTG. 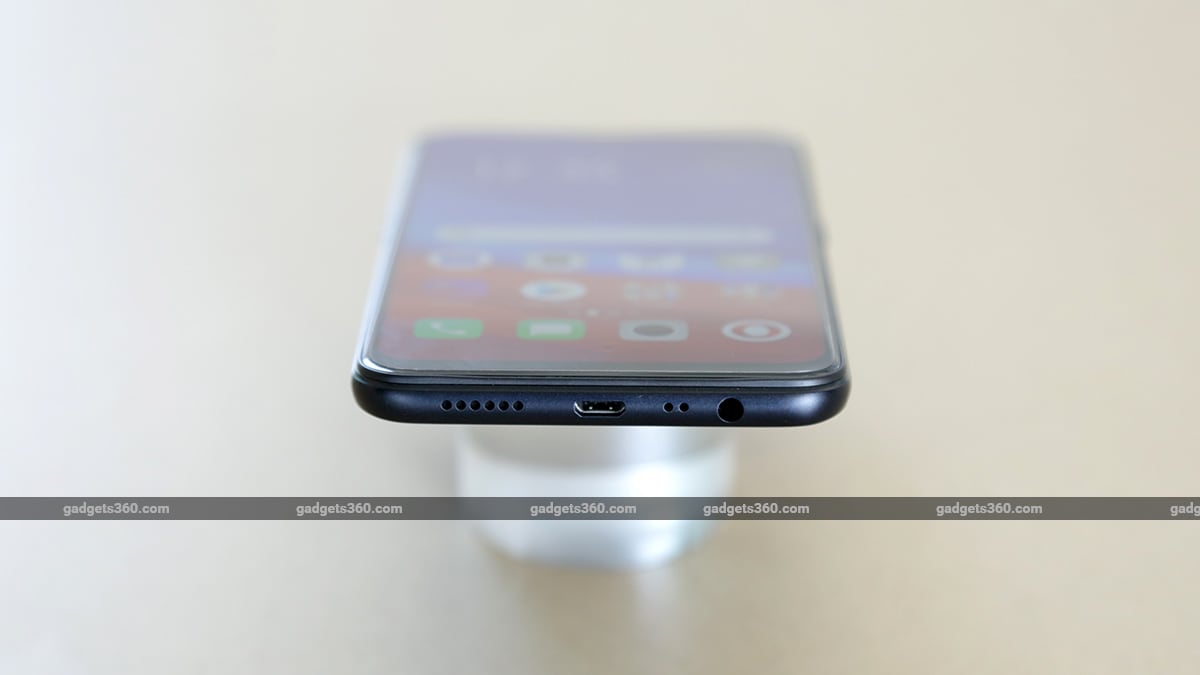 When we first started using the phone, our review unit was running on the March 2019 security patch. But after getting the update of the phone, now this phone is running on the April 2019 Android Security Patch. ColorOS does not have an app launcher and all app icons are on the home screen.

Oppo A5s has some bloatware. Apps like Facebook, Opera, Phone Manager, Theme Store, Music Party and Game Space are already pre-installed in our review unit. The game space automatically adds compatible games and gives you the option to lock screen brightness and block banner notifications so that your gaming session is not interrupted in any way.

You can also uninstall some of these apps to free up storage. You can change the look of the UI with the help of free themes. The smart sidebar is a pop-out tray where you will find app shortcuts and can be launched from any screen. When the phone is on standby, you can also open the app by creating letters on the screen.

Looking at the hardware in Oppo A5S, its performance is good. Oppo A5s opens scrolling and app without any problems but it is not fast in multitasking. We found that the phone often has to re-launch apps because it cannot run many apps in the background.

Fingerprint sensor has been given on the back panel of Oppo A5s. The hand reaches the sensor easily and it unlocks the phone quickly. Face unlock support will also be available in Oppo A5S and it also works faster. We liked the display of Oppo A5S but the loudspeaker makes the sound a bit slow. 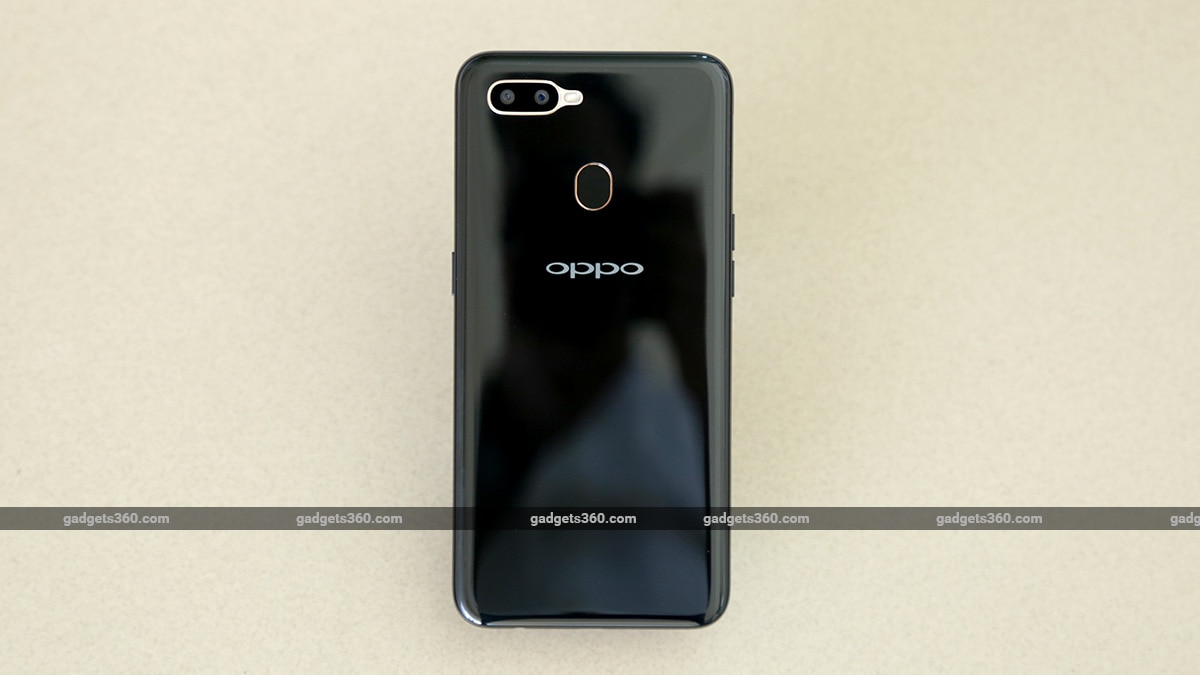 In comparison to all the other smartphones we have tested in this price segment, the sound quality of Oppo A5s is less than the average. The MediaTek Helio P35 processor given in the Oppo A5s is slightly more powerful than the Helio P22 chipset given in Redmi 6. If compared to the Qualcomm Snapdragon 632 processor in Redmi Y3 (review) and Redmi 7 (review), the Helio P35 scored slightly lower in CPU and graphics benchmarks.

We saw the PUBG Mobile game playing on the Oppo A5s and it was on low-setting by default. The game space was enabled, so the phone clears the RAM every time the game is launched.

However, it takes longer than normal to load the game. We found that the phone sometimes slowed down while playing, so the frame rate had to be set to low for a smooth experience during gaming. After playing 20 minutes of PUBG mobile, we found that 4 percent battery was reduced which is acceptable.

The 4,230 mAh battery given in Oppo A5s gives better battery life. In our HD video loop test, the smartphone supported for a little less than 24 hours. We used the phone in a normal way like playing PUBG Mobile, using WhatsApp and using Google Maps for navigation. Even after all this, Oppo A5S supported for two days. 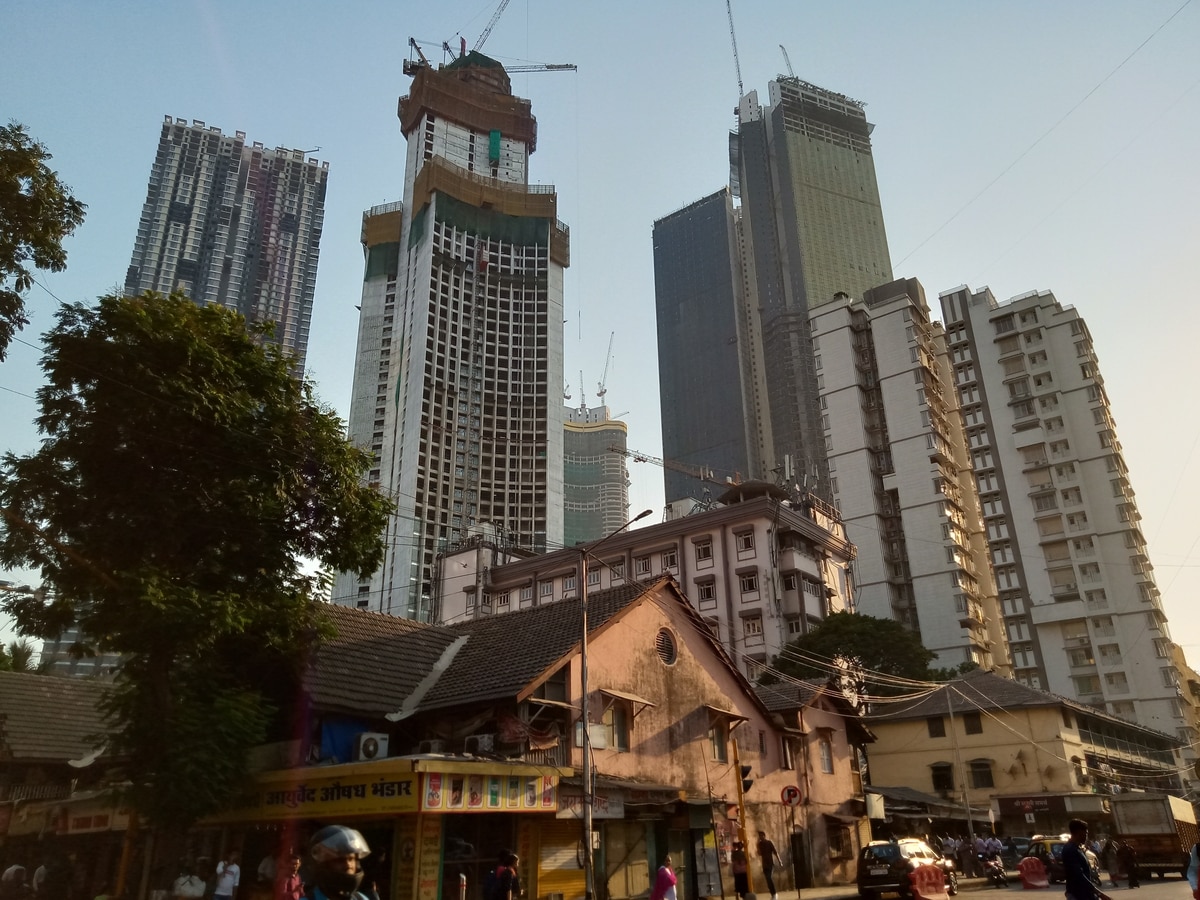 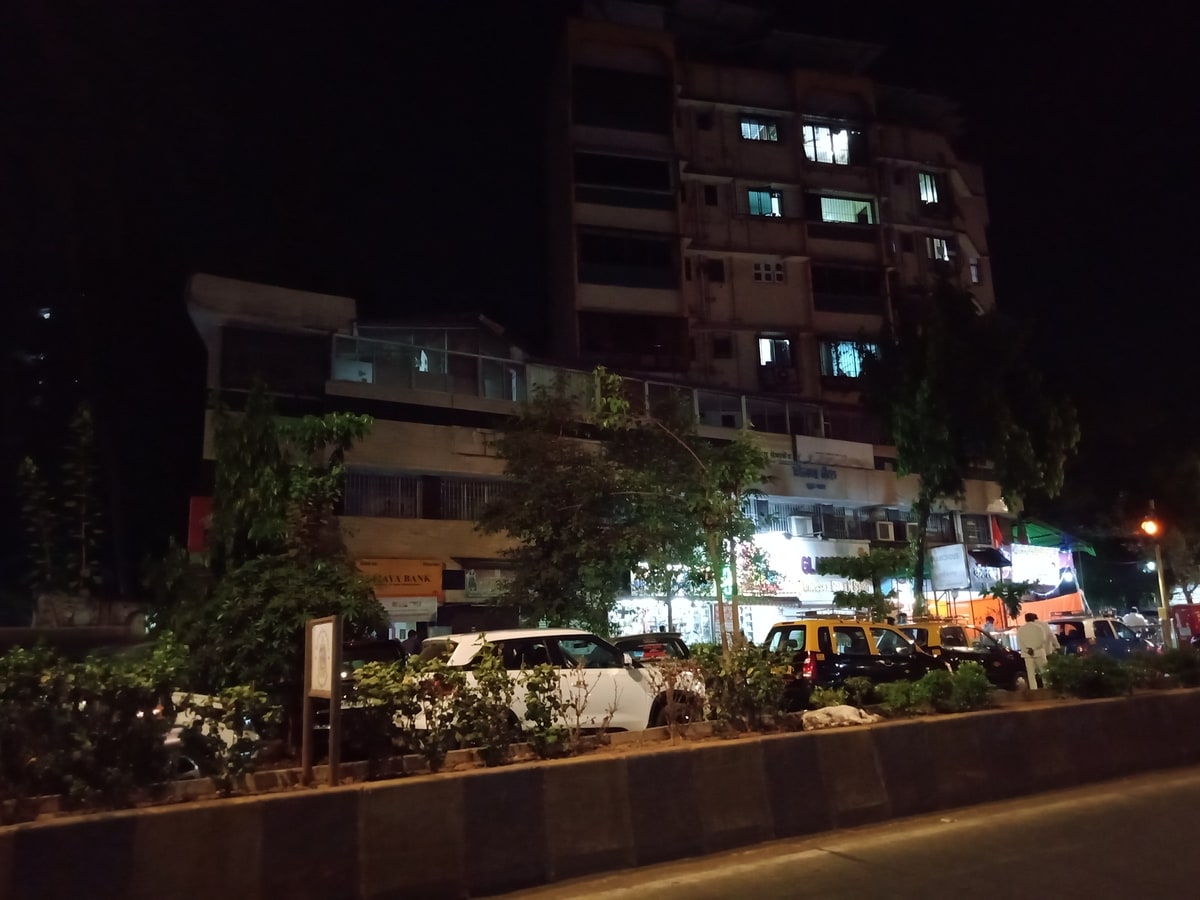 We found that the camera app of Oppo A5s is quite easy to use. In addition to the standard photo and video modes, the Porto and Pano modes have been given in the Oppo A5S. In the default mode, you will get buttons for flash, HDR, timer and flitter with the help of which you will be able to apply them before taking a picture. Apart from this, the Face Beauty button is also given. 2x digital zoom button is also provided.

In daylight, the Oppo A5s captures the light accurately and the exposure in the photos also comes true. The Oppo A5S focuses sharply while taking macro shots. It maintains the distinction between subject and background. The macro shot had an average of detail and the photos were not too sharp. While taking pictures in portrait mode, we found that edge detection was not compatible.

Camera performance was not very good in low-light. The phone takes longer to lock focus due to which there is a lack of brightness in the photos. Oppo A5s keeps the noise under control, but when zooming, the grain appears and there is also a lack of detail. The selfie captured from the Oppo A5S captured the details well and manages the phone exposure properly.

Both primary and front cameras are capable of recording video at maximum 1080p resolution. But video stabilization is not provided in Oppo A5s.

Oppo A5s has been launched in the price segment of less than Rs 10,000 in India. In this segment, this smartphone of Oppo brand will get a tough challenge. The specialty of Oppo A5S is its battery life. We found that the camera performance is favorable but in this price segment we have seen better than this. In this segment, only 2 GB RAM in Oppo A5s is less than other options available in the market.

If you are not fond of playing gaming on your smartphone and you value battery life, then Oppo A5s can prove to be a good phone for you. But if performance matters to you, then Xiaomi Redmi Note 7 (review) and Asus ZenFone Max Pro M2 (review) smartphones in the same price segment can prove to be a great option for you.