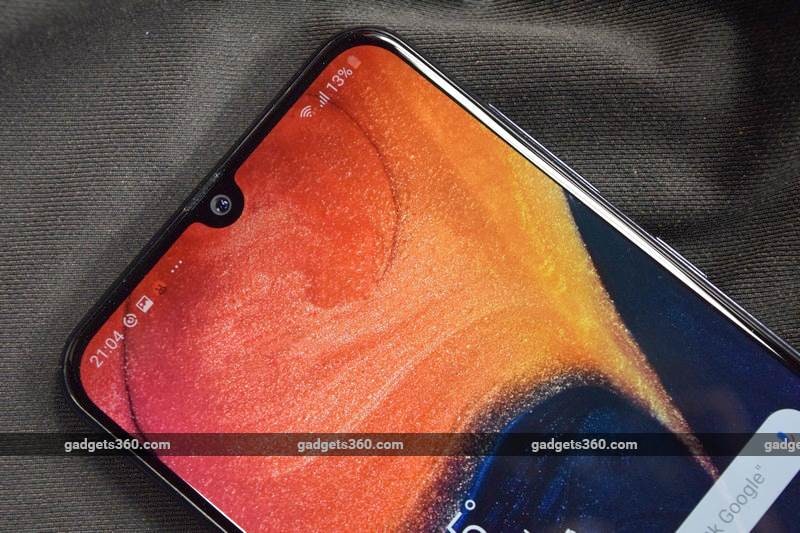 Chinese companies like Xiaomi have challenged Samsung’s dominance in the Indian smartphone market. Especially in the budget segment, the South Korean company seems to be lagging behind. Now it seems that Samsung has come up to challenge the growing popularity of Chinese companies in the Indian market. The first Galaxy M series arrived. Now the Galaxy A series has been launched in a new avatar. In about a month, Samsung has launched a total of 6 smartphones between Rs 7,990 and Rs 22,990.

Talking about the Galaxy A series, the starting price of this series is 8,490 rupees. If seen, the Galaxy A10, Galaxy A30 and Galaxy A50 to a large extent challenge the company’s M series Galaxy M10, Galaxy M20 and Galaxy M30. But the handsets of both series are also different from each other in many ways.

In this article, we will tell you about Samsung Galaxy A50, the most premium handset of Samsung Galaxy A series. This phone comes with breathtaking features like in-display fingerprint sensor and three rear cameras. But due to these reasons, it is also slightly more expensive than the existing models of Galaxy M series. Let us tell you about it in detail.

The most important feature of the Samsung Galaxy A50 is the 6.4-inch Super AMOLED screen. Samsung has done a good job of trimming the existing boards at the edges of the screen. The curved edges are in keeping with the current trend. Looking at the price, it seems to be a very slick handset.

Galaxy A50 comes with in-display fingerprint sensor. Sadly, the company has not provided an ultrasonic sensor in it, which is part of the flagship Galaxy S10 and Galaxy S10 +. By the way, this demand will be more with Samsung.

Samsung has not clarified what material the back panel of the phone is made of. But it gives the feeling of being plastic or polycarbonate.

The phone will be found in Black, White and Blue colors. Its Coral Pink variant was also shown during the Mobile World Congress 2019, but it has not been launched in the Indian market. The triple rear camera setup is in the vertical position, near the edge on the left. There is LED flash just below the camera. If you look closely, you will see the logo of Samsung.

The power and volume buttons are on the right side. The handset is equipped with USB Type-C port and 3.5mm headphone jack. The speaker grill is on the lower side. On the left is a dual SIM tray. Some users will be disappointed that the notification LED has not been found in this phone. But the Super AMOLED panel supports Always On mode. In such a situation, you will be able to easily keep an eye on notifications and alerts.

Talking about convenience, the Galaxy A50 is easy to use. It never feels to be wide or weighty. It easily fits in one hand and does not slip. We believe that its buyers will be happy with the look of the phone.

In the retail box of Galaxy A50 you will find a headset, a plastic slip case, SIM eject pin, 15 watt charger and USP Type-C cable. 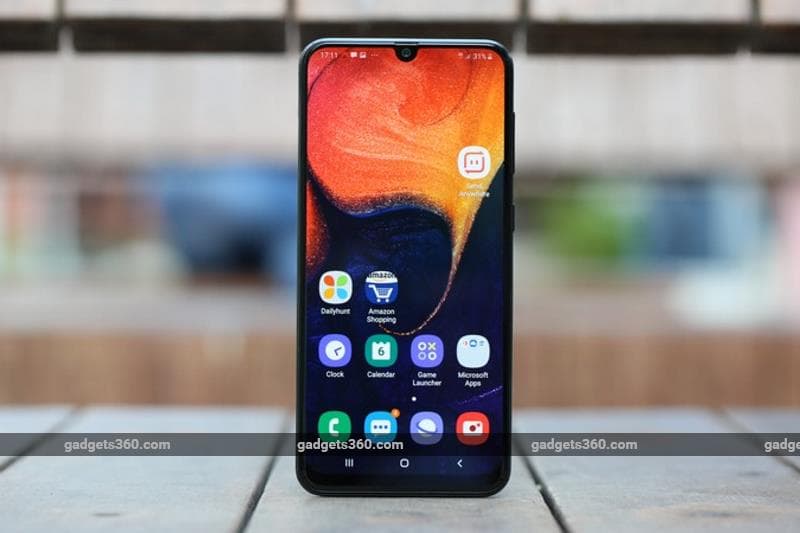 Samsung Galaxy A50 specifications and features

It is a bit difficult to distinguish between the Galaxy M series and the Galaxy S series models. The Galaxy A50 has a 6.4-inch full-HD + 1080×2340 pixels Super AMOLED display, much like the Galaxy A30. But it has an octa-core Samsung Exynos 9610 processor which is more powerful than the Exynos 7904.

Two variants of Galaxy A50 have been launched. The difference in variants is of RAM. One is 4 GB RAM variants and the other is 6 GB. But the storage of both variants is 64 GB only. It seems a bit shocking that because there is also a 128 GB storage variant of the cheap Galaxy M30 handset.

The 4000 mAh battery serves as a way to revive the handset. But this gives a 5000 mAh battery in the cheap Galaxy M30. This decision of the company may confuse the customers a bit. You will get Bluetooth, Wi-Fi, FM radio and LTE and VoLTE support.

Galaxy A50 runs on the new One UI based on Android 9. During the review, this phone received an update of the February 2019 Android Security Patch.

One UI is much better in design. It sounds modern. Samsung says that it has taken care of the usability of the large screen of the phone. But in the course of doing this, the company has reduced the information density. For this reason text and icons everywhere have become very large. 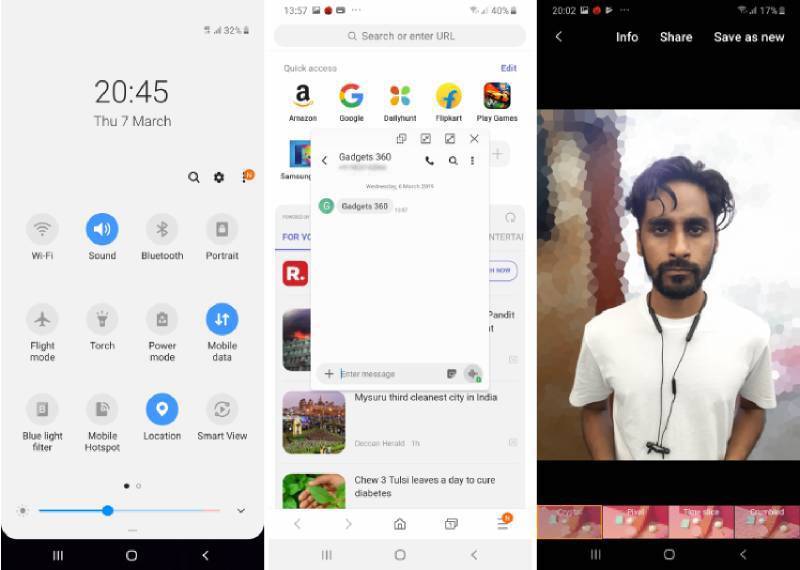 Some of Samsung’s wallpapers seem to have been deliberately designed to hide the top camera notch. Along with the Galaxy A50, there are complaints of spammy notifications and advertisements on the lock screen. By the way, in the initial setup process you do get the option to disable lockscreen stories.

Samsung has vigorously promoted the Galaxy A50’s Super AMOLED screen. It is very crisp, bright and vibrant. Blacks are deep and colors pop. Everything looks great.

The only speaker of the phone makes a loud sound, but it is not very clear. You can use it occasionally to watch video clips. But the experience of watching the whole cinema is not special.

The in-display fingerprint sensor will catch the attention of many people. But it also has some drawbacks. It detects slow. Sometimes the phone takes two seconds or more to unlock. This delay will disappoint you. If you wish, you can also unlock the phone in standby mode. But only after trial and error, you will know where to keep the finger. It also has face recognition which works faster at times.

We never realized any lag or slowdown in common usage. We got a 4 GB RAM variant for the review. And we were happy with it. If you think that this phone has to be used for many years, then you can also take a variant of 6 GB RAM, spending an additional Rs 3,000. We played PUBG Mobile and Asphalt 9: Legends in the phone in high settings. We were not disappointed.

In normal use, the battery will easily support for about one and a half days. From the beginning of the day we shot photos and videos. Streamed the cinema. Played games for a while and also did web browsing. After this, about 30 percent battery was left in the night. In our HD video loop test, the battery died in 14 hours and 59 minutes, which would be considered excellent. The charger in the retail box charges the battery from zero to 11 percent in about 10 minutes. And 30 percent in 30 minutes.

Samsung Galaxy A50 will also be known for the camera feature. It has a triple camera setup on the back. The primary sensor is 25 megapixels. Secondary camera is for wide shots. It is an 8 megapix sensor, with a 123 degree field of view. Finally a 5 megapixel depth sensor. A 25-megapixel sensor with F / 2.0 aperture has been given on the front panel.

Samsung has introduced camera features such as live focus mode, 480 frames per second 720 pixels slow-mosh video mode, hyper-lapse mode for timelapse videos, AR emojis, pro mode and intelligent scene optimization in portraits. You can switch between standard and wide angle cameras before starting a video shoot. It is not possible to do this in between video recordings. 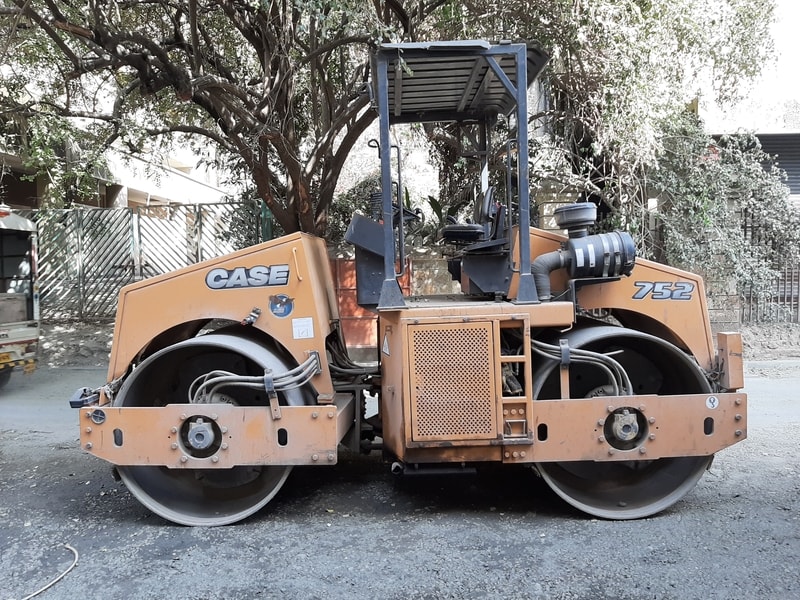 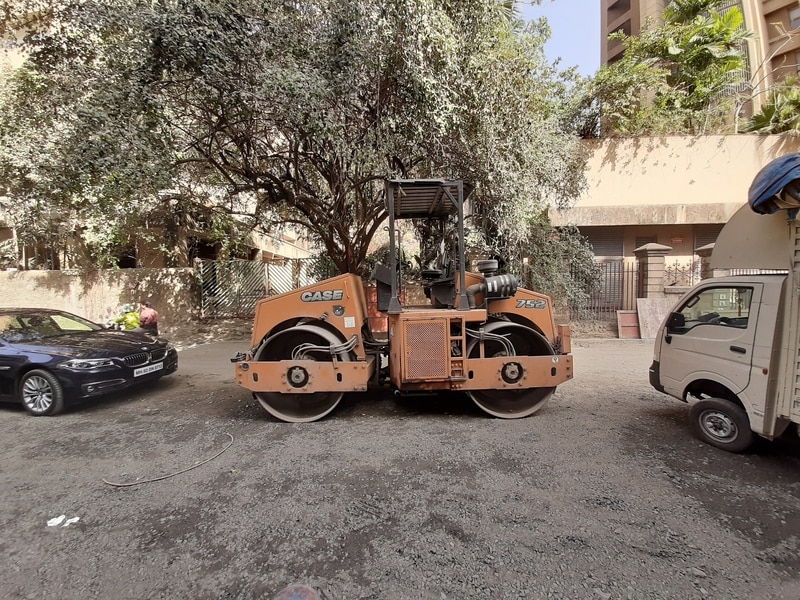 With the front and rear camera setup, you will be able to record video of full-HD + resolution.

You will also be able to change the background blur in portrait shots. You have options like Standard Bokeh, Assorted Filter Effects and Dolly Zoom Effect. The edge detection was excellent.

We were satisfied with the pictures taken with the Galaxy A50 camera. In the light of day, there were complaints of overexposure and burnout in the brightly lit part of the frame. There was a lack of detail at night. But overall the photos turned out well, with plenty of detail. Wide angle camera gives you a lot of flexibility. You will be shocked to see how much of a wide angle lens can fit in one frame from one place. But the quality decreases and distortion is also seen. 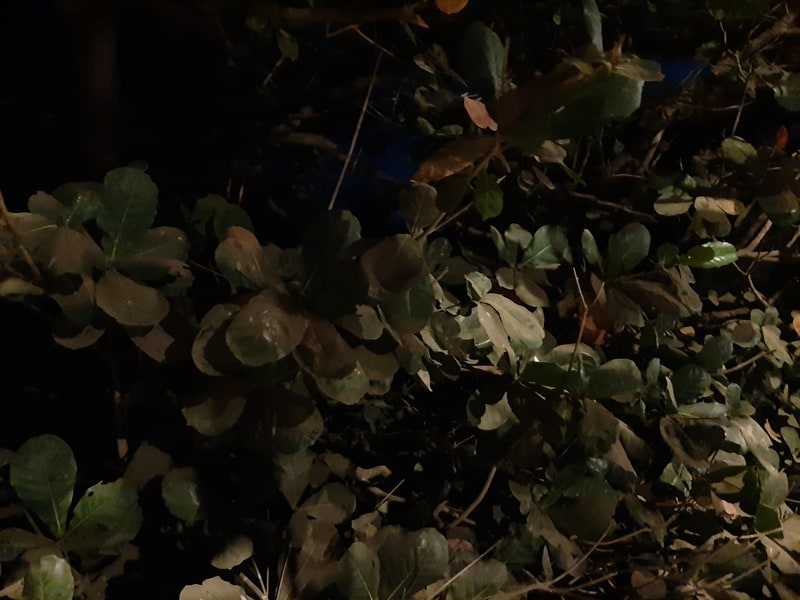 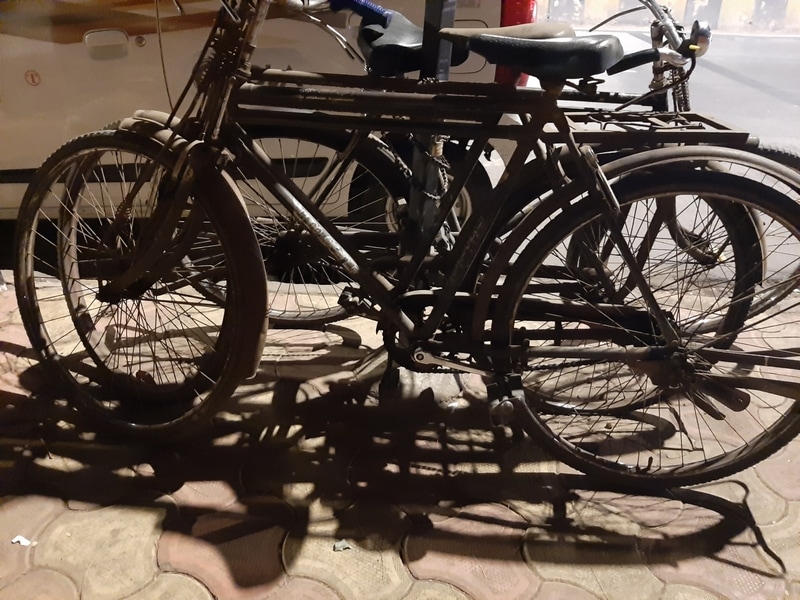 Tap to see full-size camera sample of Samsung Galaxy A50

The performance was good at night, not the best. Photos may look good on the phone screen. But shortcomings are exposed in full size. Many times motion blurring occurs due to the shutter being open for too long. Even if there is not enough light, closeup shots taken at night are usable.

The videos recorded at one place look great. Motion was crisp in the light of day. Details were also captured. Wide angle camera gives everything a fish eye effect. The video goes a bit dark, but remains smooth. The company has not disclosed about video stabilization. But we do record usable footage. Video was lacking in detail at night. Secondary cameras gave dark and blotchy video output.

The front camera has a live focus mode, but with no effects. You can set the level of blur after taking a shot, but edge detection is not good. Default beautification makes shots artificial.

Our decision
Sadly, the Galaxy A50, priced at a starting price of Rs 19,990, is pitted against Xiaomi’s Poco F1 which comes with a Qualcomm Snapdragon 845 processor. If you like gaming or want a more smooth experience, then Xiaomi’s Poco F1 is a better option. But it does not have three rear cameras and is not equipped with an all-screen design.

Even though Samsung has adopted an aggressive strategy with this phone. But Xiaomi Redmi Note 7 Pro is one step ahead of this. It comes with Qualcomm Snapdragon 675 processor, 48 megapixel primary camera, Gorilla Glass 5 and other powerful specifications. The starting price of Redmi Note 7 Pro is Rs 13,999 and its expensive variant is Rs 16,999 (with 128 GB storage).

This phone will also get a challenge from Samsung’s Galaxy M30. It has the same screen as the Galaxy A50. It comes with double the storage and a much larger battery. But its processor is weak and equipped with a standard fingerprint sensor. If camera quality is not your priority then remember that the starting price of Galaxy M30 is Rs 5,000 less.

We think the Galaxy A50 will attract many people. It has all the features that are in trend these days. And there is no major drawback. We feel that there is still room for improvement in camera and software. But Samsung has made it clear that it is ready to challenge.