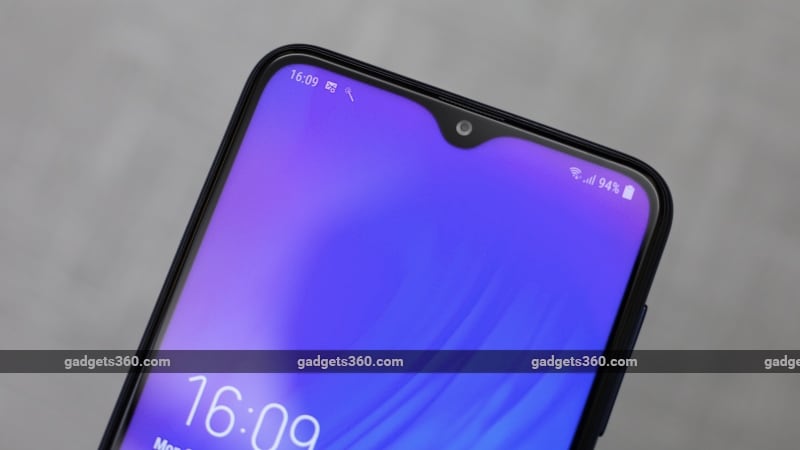 Despite the influx of affordable smartphones from Chinese companies in the Indian market, Samsung’s presence among customers remains intact. This South Korean company has been selling its phones in the country for a long time. Many phones of the company are made in India only. Samsung enjoys customer confidence due to excellent service network and strong dealership. Perhaps this is the reason why it is important to take every affordable Samsung smartphone seriously.

The most important feature of Samsung Galaxy M10 is its screen. It comes with Waterdrop Notch which has space for the front camera. There is an earpiece in the edge at the top just above the camera. We have seen this design in phones like OnePlus 6T and Oppo F9 Pro. There is a very thin black border on all four sides of the screen.

The rear and side of the Samsung Galaxy M10 are plastic. The edges are curved. Ports and buttons are at their standard position. The speaker grill is on the rear of the phone. This design was used until a few years ago. It is not so now. This sounds shocking, because if you place your phone on the back of a surface, then the sound from the phone comes a little slower. The effect also falls on the ringtone.

On the back side, there is a dual rear camera setup and a flash in the top left. The blue color variant we got for the review is good looking. But fingerprints are easily found on it.

The phone has separate slots for SIM and microSD card. Many users will like this thing. It is worth noting that there is no fingerprint sensor in Samsung Galaxy M10. The phone has face unlock feature for biometric security. 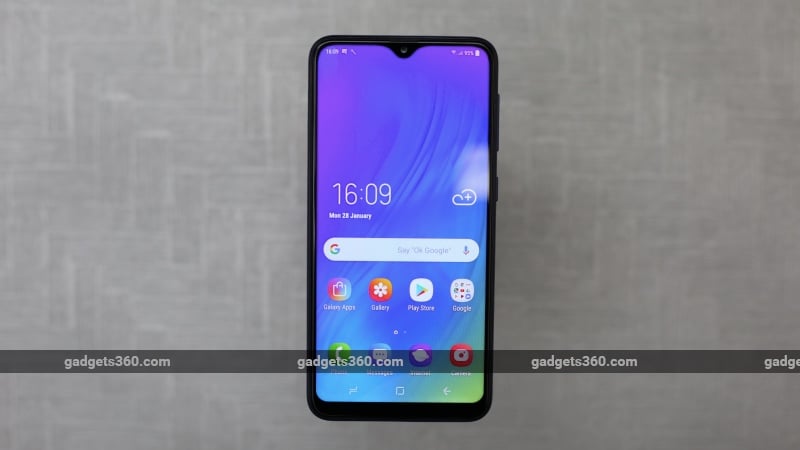 The phone’s screen is 6.22 inches. It is an ‘Infinity-V’ display with HD + resolution. This name is given due to the size of the notch. The complaint is from its resolution. You will get a 19: 9 aspect ratio, but the display is not very sharp. There is no problem with common usage, such as using WhatsApp.

The Samsung Experience UI seems fine even in low resolution. However, grains were clearly visible on the edges of many app icons. We were not very impressed with the screen while watching Netflix and playing basic games like Subway Surfers.

We did not like colors and brightness. Things do not look very good at wide viewing angles. The screen appears dull. We liked the screen due to the size, proportioning and edge-to-edge design.

Talking about the specification, the Samsung Galaxy M10 disappoints. It has an octa-core Exynos 7870 processor with a clock speed of 1.6 GHz. This chipset has been used in the Samsung Galaxy J7 (2016) launched in 2016. It was a capable processor at launch. But with the passage of time, it seems weak in front of its challenges. 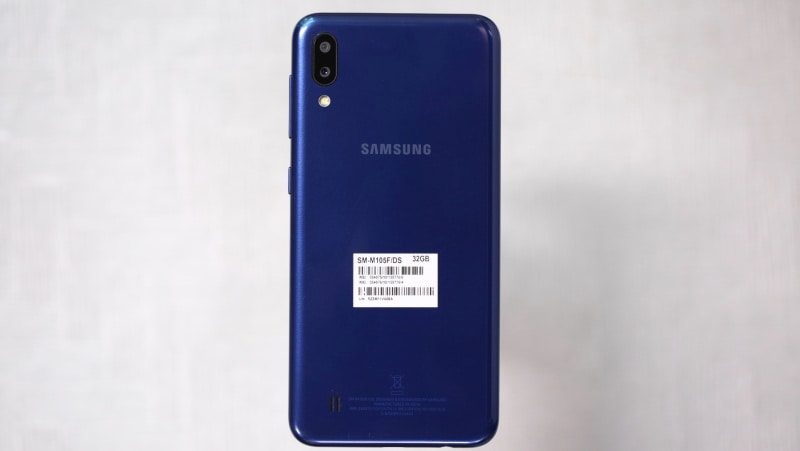 You will get 3,400 mAh battery. It has a 5 watt charger. Battery capacity is sufficient given the price and specification of the phone. But the charger given with it is extremely slow. Slow charging is frustrating. It takes more than 3 hours to fully charge the phone’s battery. Micro-USB technology has been used in the phone for data transfer and charging, which is very old. The handset also has 3.5mm connectivity.

Samsung Galaxy M10 runs on Android 8.1 Oreo. It has Samsung Experience 9.5 UI on top of it. The UI of Samsung Galaxy M10 is also similar to other Samsung phones. The software of Samsung smartphones has improved in recent times, but there are still many unwanted apps available. You will find many Samsung’s system apps, select Microsoft apps and Daily Hunt pre-installed in the phone. Not every of these apps can be uninstalled. This is annoying, especially in the 16 GB storage variant.

We considered it appropriate to use PIN for security in the phone. The Face Unlock feature also takes a few seconds to unlock the phone and often does not work despite having sufficient illumination.

The old chipset has an impact on the performance of Samsung Galaxy M10, which is a disappointment. Delay is clearly visible in many tasks. Whether you’re switching from camera to gallery to see a captured shot, or reloading some background app. Multi-tasking is also not smooth. We realized the lag in the UI as well.

3 GB RAM and 32 GB storage are common in the price range up to Rs 10,000. Samsung has given this setup for Rs 8,990. There will be no problem in using the common app. We tried to play PUBG mobile games on this phone. As expected, the experience was abysmal. There were many problems with performance even in the lowest graphics settings.

In our video loop test, the 3,40 mAh battery of the Samsung Galaxy M10 died in 14 hours and 29 minutes. In common use, the phone easily accompanies throughout the day. Good battery life will be attributed to HD + resolution and low power consumption processors.

As we told you earlier, the biggest drawback is slow charging. 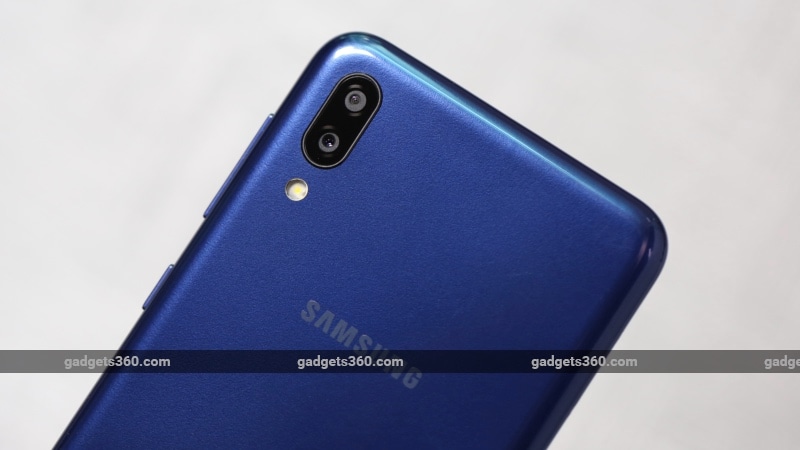 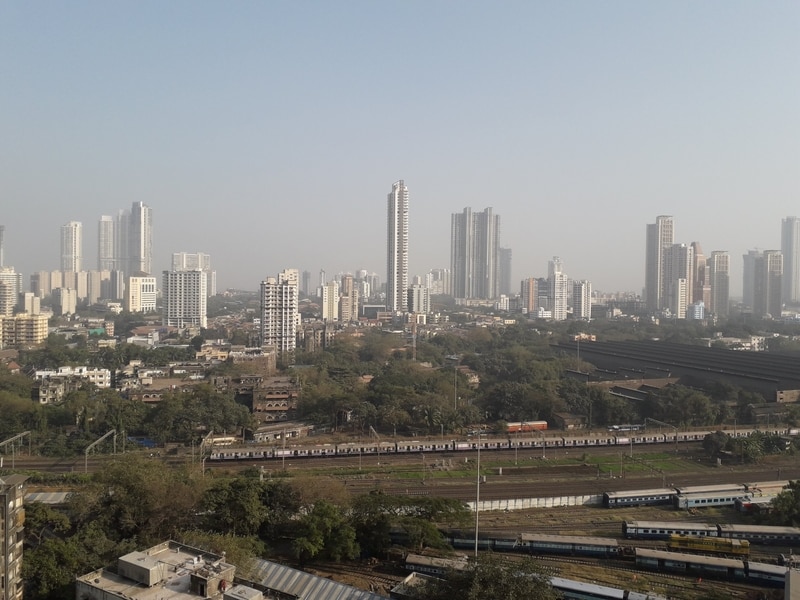 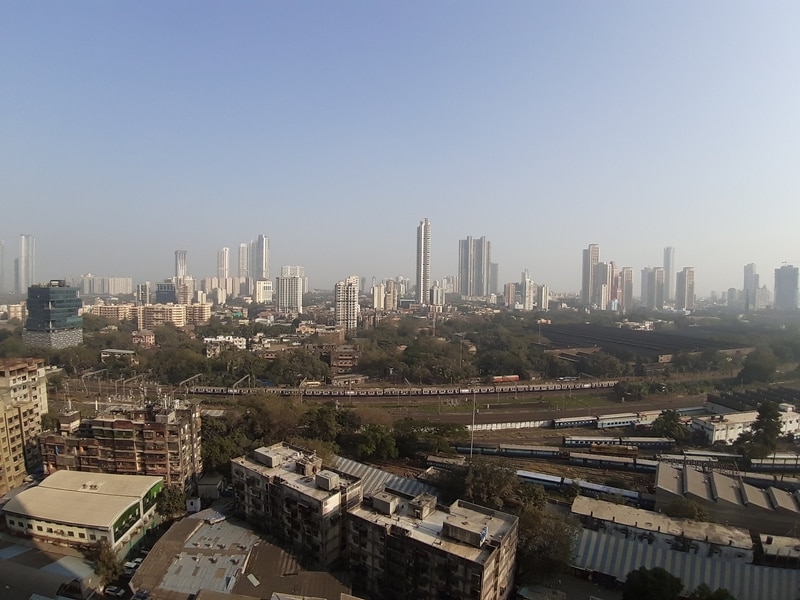 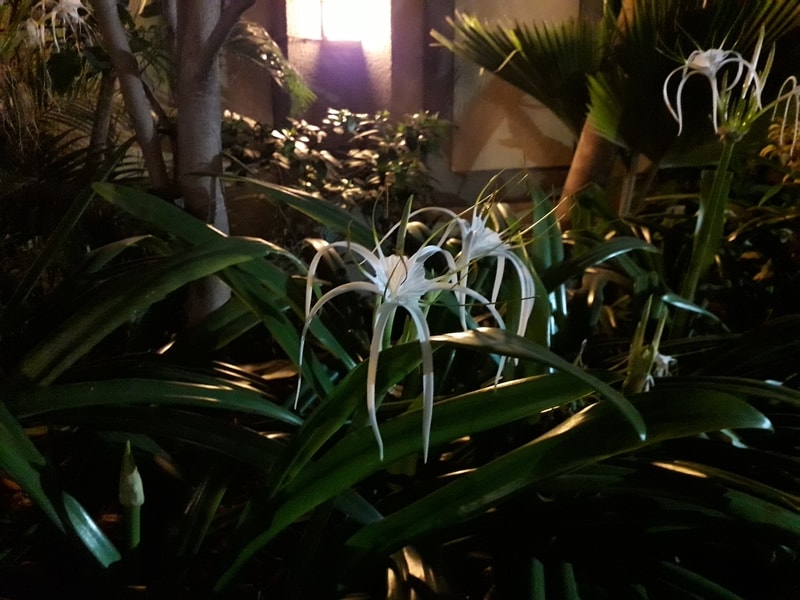 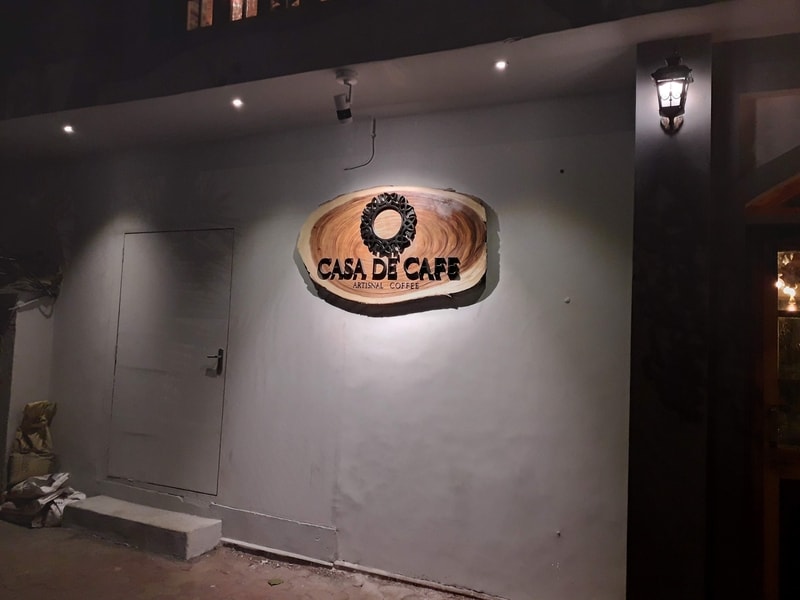 Looking at the price, the camera of Samsung Galaxy M10 is not bad. But it cannot be called very good either. At first glance, pictures taken from the Samsung Galaxy M10 look good. But on notice, there is a lack of detail and grain. Colors are a bit dull. Photos look darker than the actual scene.

With the help of wide-angle mode, you will be able to take some interesting pictures. It is excellent for landscape shots. But the photos still come out. However, the extra room in the frame does add a little character to the photos.

Macros and close-up shots taken in low light are fine. But grains appear in distant pictures. In addition, the illuminated part of the picture is overexposed. Videos are recorded properly. But there are no video shaky records due to no stabilization. Overall, the Samsung Galaxy M10’s cameras are satisfactory. But don’t expect more from them.

Our decision
The Galaxy M10, with a starting price of Rs 7,990, is Samsung’s most affordable phone to date. This phone has many important features, such as modern design and reliable battery. And most important is the price.

However, Samsung Galaxy M10 is far from perfection. The reason for the excellent battery life is two important flaws of the phone – HD + resolution screen and old processor. Phones of size and dimension get a modern look. But it is not predictable. The performance of this device is below average. The camera also does not succeed in doing anything special.

The Samsung Galaxy M10 handset is for those Samsung fans who are looking for a modern design. But according to us, Realme C1 and Xiaomi Redmi 6 are more better devices in this price range. If you want to buy only Samsung Galaxy M10, then we would suggest you to buy 3 GB RAM / 32 GB storage variant.