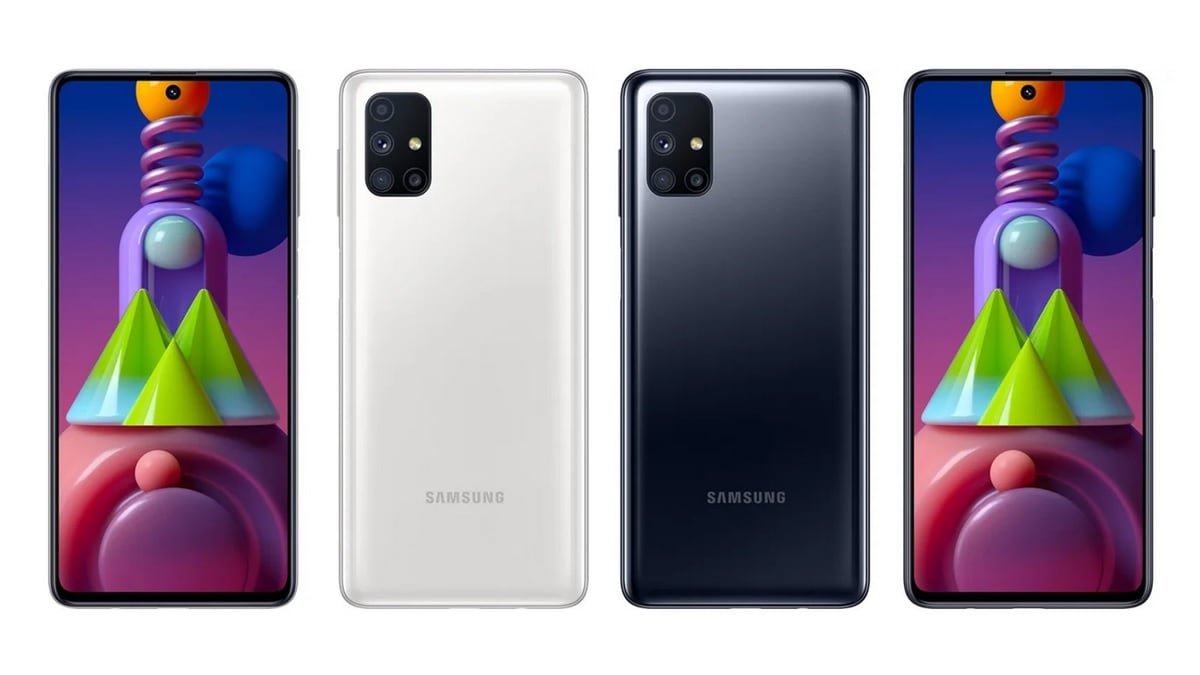 The renders and specifications of the Samsung Galaxy M51 smartphone have been leaked on Twitter by a well-known tipsster. However, Samsung has not shared any information about the phone. The Galaxy M51 phone has been in the news for the past several months, while more information is being revealed for the past few weeks. This phone has been listed on many certification websites, even it has been listed on Samsung’s support page. So far all the specifications of the phone have been leaked online. The latest look of the phone has been seen in the render of the latest leak, which is slightly different from the model seen in the previous report.

Tipster Sudhanshu has shared the renders of Samsung Galaxy M51 on Twitter, in which this phone is shown in two color options that are Black and White. Quad rear camera setup can be seen on the back panel of the phone, which are located in rectangular camera module in L shape. Flash is also included in the camera module. Talking about the front, the selfie camera in the phone is located in the middle of the screen with a hole-punch cutout, although the old report suggested that the selfie cutout would be located on the upper left. The volume rocker is positioned on the right side, along with the side mounted fingerprint scanner.

As per the specifications shared by Tipster, the Galaxy M51 will have a 6.67-inch full-HD + (1,080×2,340 pixels) Super AMOLED display with a 60Hz refresh rate, 386 ppi pixel density and maximum brightness 420 nits. Tipster also stated that the phone will be equipped with Qualcomm Snapdragon 730G processor.

The Galaxy M51 can provide a powerful battery of 7,000 mAh, with 25 W of fast charging support will be available through USB Type-C port. The phone will come with dual-sim support, 3.5mm headphone jack and micro SD support. The weight of this phone of 163x78x8.5mm can be 213 grams.

It is worth noting that the report of SamMobile has given information about display specification and measurement, they are different from the information of Tipster. As reported by SamMobile, the phone will have a 1,080×2,400 pixel resolution with a 6.7-inch Super Amoled Plus display. It also states that the phone will measure 163.9×76.3×9.5mm. The rest of the specifications are the same and the report also informs that the Galaxy M51 will have 6 GB or 8 GB RAM and 128 GB storage. Bluetooth 5.0, NFC and FM support are also mentioned in the report.

The official release date and price of the Samsung Galaxy M51 has not been released at the moment, but from several certification listings it can be guessed that the phone launch could be held soon.