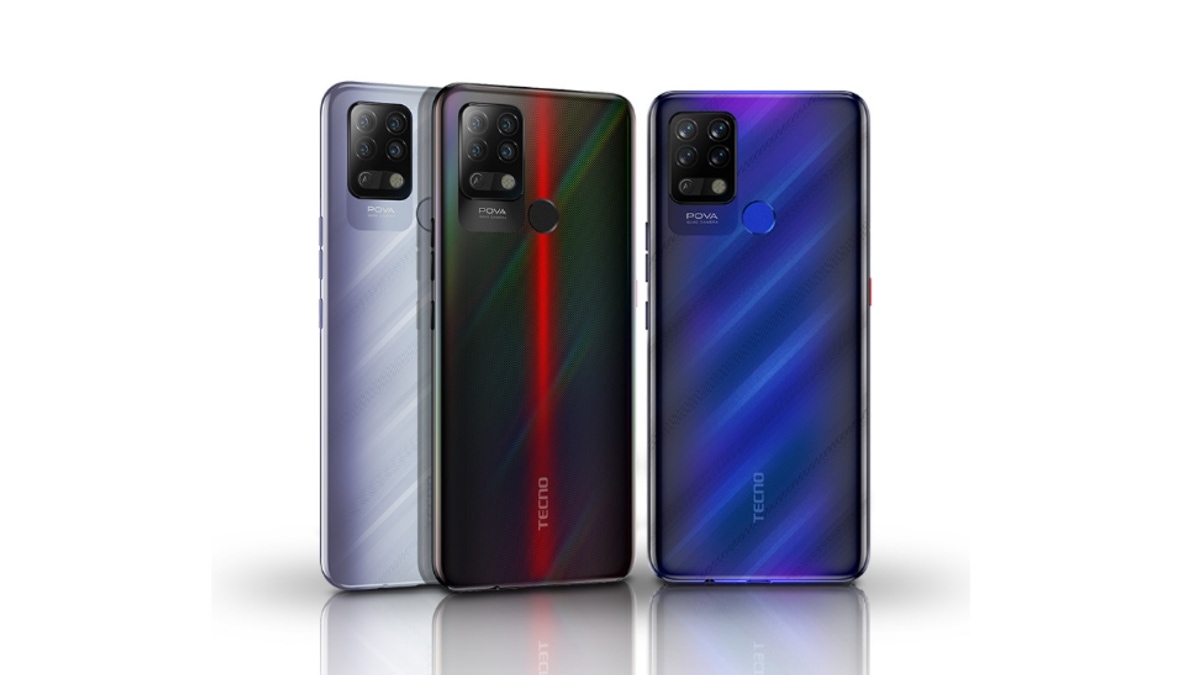 A new smartphone named Tecno Pova is about to be launched soon. This is confirmed by the official website of the company itself. At the moment Techno has not made any official announcement regarding the launch date of this phone, but the dedicated page created on the global website shows many of its main specifications as well as its design. The biggest feature of Techno Powa will be the inclusion of a 6,000mAh battery, which will be equipped with 18 watt dual IC flash charge technology. The smartphone will come with MediaTek’s Octa-core processor Helio G80 and 6 GB RAM. The phone will be offered in three color options – Magic Blue, Speed ​​Purple and Dazzle Black.

Tecno has created a dedicated page of Tecno Pova on its global website, pointing to its early arrival. However, its launch date has not been stated at the moment. The teaser microsite reveals the specifications of the phone, as well as a full glimpse of its design. According to the page, Techno Powa works on HiOS 7.0, the company’s custom skin based on Android 10. It will get a 6.8-inch dot-in (the name given by the company to Whole-Punch) HD + (720×1640 pixels) display, which will have a peak brightness of 480 nits. The screen-to-body ratio will be 90.4 percent. Viewing the teaser photos shows that the hole-punch cutout for the camera is set in the upper left corner of the phone. The phone will be offered with a MediaTek Helio G80 octa-core processor and Techno says that it will come with hyper-engine technology. Teco Pova phone will be equipped with 6 GB RAM.

It will have a quad rear camera setup, set in a quad camera module. Flash will also be included inside the module and AI branding suggests that the camera setup will come equipped with artificial intelligence. The back camera setup offers a 13-megapixel sensor with an F / 1.85 lens, a 2-megapixel depth sensor, a 2-megapixel macro lens, and an AI lens. Quad flash is included in the phone. The front gets an 8-megapixel AI selfie camera, which is set in a hole-punch cutout.

Tecno Pova will get 128 GB of storage. Storage will not be expandable. The phone has a 6,000mAh battery, which will support 18 Watt dual IC flash charge fast charging. The company has claimed that this battery can provide users with 30 days of standby backup, 64 hours of calling and up to 8 days of music playback backup. Apart from this, there are also claims that users on this phone can gamble for 20 hours on one charge. Not only this, Techno claims that with 10 minutes of charging, users can enjoy 20 hours of music playback for up to 2.4 hours of calling. For smooth gaming, the company claims that Powa comes with heat dispensing. The phone has a fingerprint sensor on the back side.

There is currently no information about whether Tecno Pova will come to India or not. The listing was first viewed by MySmartPrice.