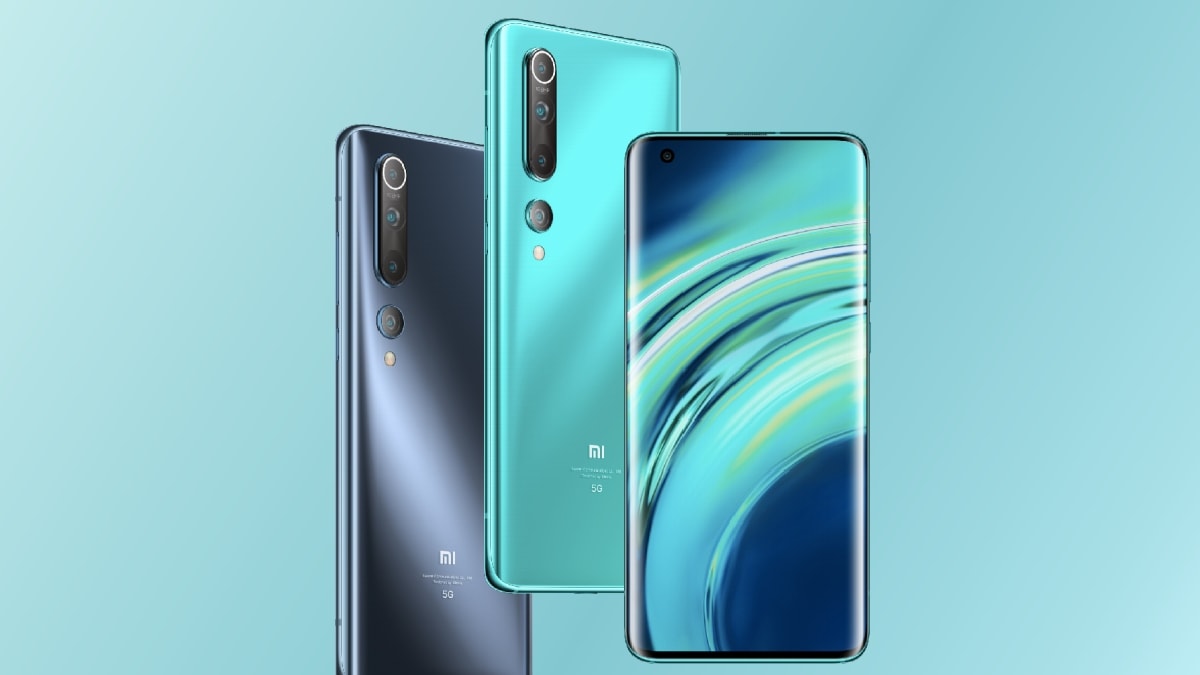 India is facing lockdown these days due to COVID-19 epidemic, due to which not only the economy but many companies have also suffered heavy losses. The tech industry is also not untouched by this. Many smartphone maker companies canceled their upcoming smartphone launch event due to the lockdown, but there are many companies who launched their smartphones in view of the lockdown, but only through the online stream. Xiaomi and Motorola launched their flagship smartphones in the market after a long time. We are talking about Xiaomi Mi 10 5G and Motorola Edge +. At the same time, Realme revealed the curtain from its new Narzo series. With this, Realme Narzo 10 and Realme Narzo 10A were launched in the market. The list does not end here. Several handsets including Infinix Hot 9 Pro, Infinix Hot 9, Moto G8 Power Lite, Honor 9X Pro, Huawei Y9s, and Vivo V19 came on the market this month.

A look at the smartphone launched in India in May 2020-

Price- The only variant of Moto G8 Power Lite is 4 GB RAM and 64 GB storage. According to Motorola, the price of this phone is 8,999 rupees. It comes in Arctic Blue and Royal Blue colors.

Moto G8 Power Lite specifications
The Moto G8 Power Lite runs on Android Pie. It has a 6.5 inch (729×1600 pixels) IPS LCD display. The phone has 4 GB RAM with 2.3 GHz MediaTek Helio P35 processor. Inbuilt storage is 64 GB and it will be possible to use up to 256 GB MicroSD card if needed.

Price- Motorola Edge +’s 12 GB RAM and 256 GB storage variants are priced at Rs 74,999. The phone will be sold in Smokey Sangria and Thunder Gray colors.

Motorola Edge + specifiations
The Motorola Edge + is a single-sim phone that runs on the stock Android 10. The flagship phone has a curved 6.7 inch full-HD + OLED display with a 90Hz refresh rate and HDR10 + certification. The smartphone works on Qualcomm’s flagship Snapdragon 865 chipset and is paired with 12GB of LPDDR5 RAM.

Motorola Edge + has a triple rear camera setup, but its primary camera is equipped with a tremendous 108-megapixel sensor with F / 1.8 aperture and 0.8-micron pixel size. It has a 16-megapixel ultra-wide angle camera, which comes with f / 2.2 aperture and 117-degree field of view. The third camera is an 8-megapixel telephoto lens, which supports optical image stabilization (OIS) and provides 3x optical zoom. Motorola has also given Time of Flight (ToF) sensor. The front includes a 25-megapixel selfie camera with F / 2.0 aperture and 0.9-micron pixel size. The Motorola Edge + has a 5,000 mAh capacity battery, which supports 18W fast charging, 15W wireless charging and 5W reverse wireless charging. The phone has 256 GB UFS 3.0 storage, which cannot be extended via the card.

Price- Honor 9X Pro’s 6 GB RAM and 256 GB storage variants are priced at Rs 17,999. The phone will be found in Midnight Black and Phantom Black color.

Honor 9X Pro specifications, features
Honor 9X Pro has EMUI 9.1.1 based on Android Pie. Android 10 update has been guaranteed by the company. It has a 6.59-inch full-HD + (1080×2340 pixels) display, which comes with 391 ppi pixel density. The smartphone includes Kirin 810 octa-core processor and 6 GB RAM has been provided for Jugalbandi. It has 256 GB of storage, which can be increased by using a microSD card up to 512 GB if needed. GPU Turbo 3.0 technology is also a part of this phone.

Huawei Y9s specifications
Huawei Y9s specifications Dual-SIM Nano Huawei Y9S smartphone works on Android 9 Pie based EMUI 9.1. It has a 6.59-inch full-HD + (1,080×2,340 pixels) LCD fullview display, which has a pixel density of 391 PPI. Apart from this, the phone has an octa-core Kirin 710F processor. This phone comes with 6 GB RAM.

For photography and video, this phone has a triple rear camera setup, whose primary camera is 48 megapixels, with f / 1.8 lens, ultra-wide-angle f / 2.4 lens with 8 megapixel sensor and 2 megapixels. An f / 2.4 lens is provided with a depth sensor. For selfie, you will get 16 megapixel sensor with f / 2.2 lens. Huawei Y9S has 128 GB UFS2.1 storage, in which microSD card support will be available up to 512 GB. You will get a 4,000 mAh battery, with 10 W charging support.

Come on camera. The Vivo V19 has a quad camera setup at the back, which is set at the top left corner of the phone in L-shape. The setup has a 48-megapixel primary sensor, which comes with F / 1.79 aperture. Apart from this, it includes an 8-megapixel wide-angle camera with F / 2.2 aperture and two 2-megapixel macro and F / 2.4 aperture sensors with F / 2.4 aperture. A large pill shape hole-punch has been given on its front panel. It has a 32 megapixel primary selfie camera and an 8 megapixel ultra wide selfie camera.

Realme Narzo 10 specifications, features
Dual SIM (Nano) Realme Narzo 10 has Realme UI based on Android 10. The phone has a 6.5-inch full HD screen (720 x 1600 pixels), which has an aspect ratio of 20: 9. Reality 6i has a MediaTek Helio G80 processor. The maximum clock speed of this processor is 2 GHz. Mali G52 GPU has been given for graphics. 4 GB RAM has been provided for Jugalbandi.

To take pictures, the quad camera setup has been given in Realme Narzo 10, in which the primary camera is 48 megapixels and its aperture is F / 1.8. The secondary camera is 8 megapixels. It comes with ultra-wide angle lens. Apart from this, there is a 2-megapixel monochrome portrait sensor and a 2-megapixel macro shooter. The front camera is located at Waterdrop Notch. Here the company has given a 16 megapixel camera sensor with F / 2.0 lens. The Salafi camera can record HD video at a rate of 30 frames per second.

Realme Narzo 10’s inbuilt storage is 128 GB. MicroSD card support is also available. Realme has given a large battery of 5,000 mAh with 18 watt quick charge support in this phone.

Realme Narzo 10A specifications, features
Dual-sim Realme Narzo 10A will also run on Android 10 based Realme UI. It has a 6.5-inch HD + (720×1600 pixels) waterdrop notch display. The smartphone will be equipped with 89.8 percent screen to body ratio and Corning Gorilla Glass 3 protection. The phone will have MediaTek Helio G70 processor and 3 GB RAM.

This phone has been launched with three rear cameras. This setup has a 12-megapixel primary camera with F / 1.8 aperture and a 2-megapixel portrait camera. Its aperture is F / 2.4 and the third camera is a 2-megapixel macro lens. There is a 5 megapixel camera for selfie.

Realme Narzo 10A’s inbuilt storage is 32 GB. It is possible to extend it via microSD card. The battery of Reality Narzo 10A is 5,000 mAh. It supports reverse charging.

The Mi 10 has a quad rear camera setup, which has a 108-megapixel primary camera and comes with a 7-element lens, 1 / 1.33-inch sensor and OIS support. Talking about other camera sensors in the setup, it includes a 13-megapixel wide-angle lens, which comes with a 123-degree field of view and f / 2.4 aperture. The other two cameras are of 2 megapixel resolution. Users can record 8K video at 7,680 x 4,320 pixels resolution with this camera setup. The phone has a 20-megapixel front camera for selfie and video calling.