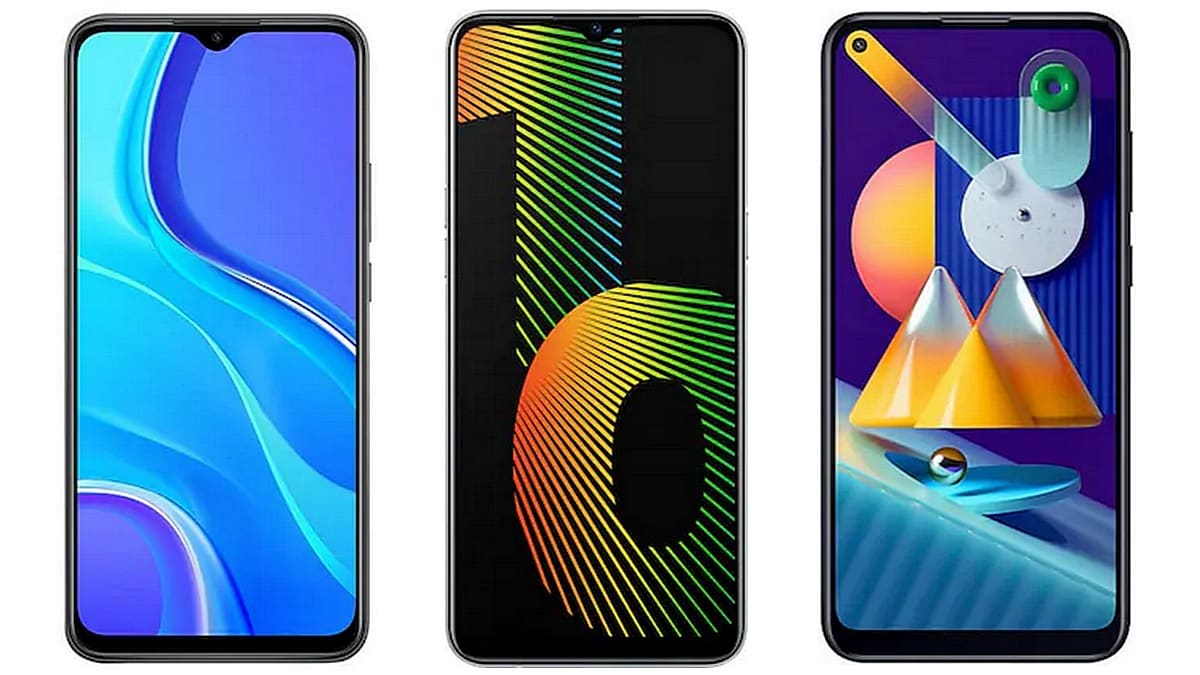 Redmi 9 Prime has recently entered India. The smartphone, which forms part of the budget segment, competes with Realme Narzo 10 and Samsung Galaxy M11. All the phones come with almost the same price and provide impressive specifications. These are entry level phones and are equipped with some similar features. However, there are many differences among them. Redmi 9 Prime is the latest smartphone among the three. The Realme Narzo 10 was launched in India in May while the Galaxy M11 set its footsteps in India in June. Let’s compare these three smartphones and see how similar or different they are to each other.

The 4GB RAM + 64GB storage variant of the Redmi 9 Prime smartphone is priced at Rs 9,999, while its 4GB RAM + 128GB storage variant is being sold for Rs 11,999. The phone will be available for purchase in four color options, colors – Space Blue, Mint Green, Matte Black and Sunrise Flare.

At the same time, talk about Realme Narzo 10, the phone only comes in single 4 GB RAM and 128 GB storage variants, which costs Rs 11,999. The phone has been launched in options like Dat Blue, Dat Green and Dat White.

Dual-SIM (Nano) Redmi 9 prime The phone will work on Android 10 based MIUI 11. It has a Corning Gorilla Glass 3 protection with a 6.53-inch full-HD + IPS display. The phone is equipped with an octa-core MediaTek Helio G80 octa-core processor, with 4 GB of RAM. Right there Realme Narzo 10 If you do, it also has dual sim support and it works on the Realme UI based on Android 10. The phone has a 6.5-inch full HD screen (720 x 1600 pixels), which has an aspect ratio of 20: 9. Reality 6i has a MediaTek Helio G80 processor. The maximum clock speed of this processor is 2 GHz. Mali G52 GPU has been given for graphics. 4 GB RAM has been provided for Jugalbandi. Dual-SIM (Nano) at last Samsung Galaxy M11 Comes, which includes One UI 2.0 based on Android 10. The phone comes equipped with a 6.4-inch HD + (720×1560 pixels) Infinity-O display panel. The aspect ratio of this display is 19.5: 9. The smartphone has an octa-core Qualcomm Snapdragon 450 chipset, which comes in 3 GB and 4 GB RAM options.
Come on cameras, Redmi 9 Prime It has a quad rear camera setup, with a 13-megapixel primary camera, 8-megapixel ultra-wide-angle lens that offers a field of view (FoV) up to 118 degrees. Apart from this, the phone includes a 5 megapixel macro shooter and a 2 megapixel depth sensor. The phone has an 8 megapixel camera for selfie. Right there to take pictures Realme Narzo 10 It has a quad camera setup, in which the primary camera is 48 megapixels and its aperture is F / 1.8. The secondary camera is 8 megapixels. It comes with ultra-wide angle lens. Apart from this, there is a 2-megapixel monochrome portrait sensor and a 2-megapixel macro shooter. The front camera is located at Waterdrop Notch. Here the company has given a 16 megapixel camera sensor with F / 2.0 lens. Samsung Galaxy M11 The triple rear camera is equipped with a setup, with a 13-megapixel primary sensor with F / 1.8 aperture. Apart from this, the setup includes a 5-megapixel ultra-wide-angle lens and a 2-megapixel depth sensor with F / 2.4 aperture. The front of the phone has an 8-megapixel selfie camera with F / 2.0 aperture.

Redmi 9 prime Up to 128 GB of storage is provided, with Micro SD card support up to 512 GB. For connectivity, it has 4G VoLTE, Wi-Fi 802.11ac, Bluetooth 5.0, GPS / A-GPS, IR blaster and a USB Type-C port etc. The phone also includes a rear-mounted fingerprint sensor and P2i splash proof. Reality Narzo 10 The inbuilt storage is 128 GB. MicroSD card support is also available. For connectivity, the phone has USB Type-C port, Wi-Fi, Bluetooth, GPS / A-GPS and 3.5mm headphone jack. Accelerometer, ambient light sensor, gyroscope, magnetometer and proximity sensor are part of this phone. There is a fingerprint sensor on the back of the phone. Samsung galaxy m11 There are 32 GB and 64 GB storage options which can be increased to 512 GB via microSD card. Connectivity options include 4G VoLTE, Wi-Fi, Bluetooth v4.2, GPS / A-GPS, USB Type-C and 3.5mm headphone jack. The smartphone also includes accelerometer, ambient light sensor and proximity sensor. Apart from this, a fingerprint sensor has been given at the back of the device.