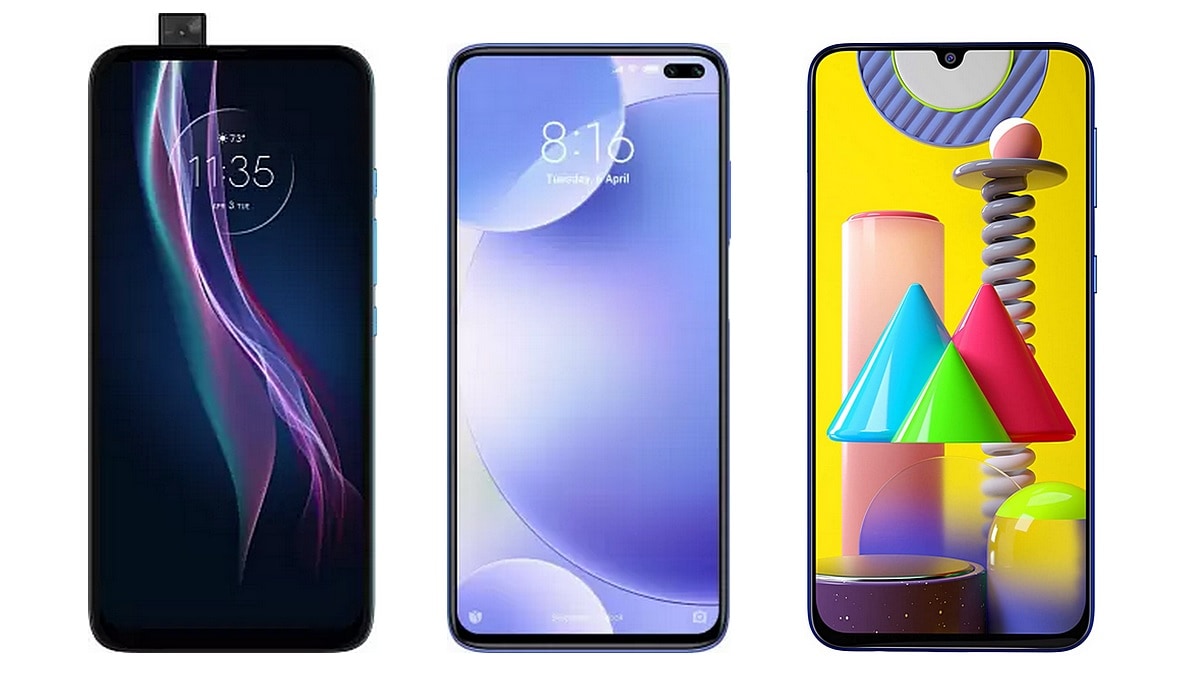 Motorola One Fusion + launched in India earlier this month. Motorola’s handset is part of the 20,000 price segment. In such a situation, Motorola One Fusion + will face the already existing Poco X2 and Samsung Galaxy M31 smartphones in the market, which were launched in India in February this year. All three smartphones are equipped with many great specifications such as quad rear camera setup, however there are many things that make these three smartphones different from each other.

For your convenience, we have compared the Motorola One Fusion + to the Poco X2 and Samsung Galaxy M31 based on price, features and specifications.

Motorola One Fusion + vs Poco X2 vs Samsung Galaxy M31: Price in India

Quad rear camera setup has been given in all three smartphones. Motorola One Fusion + features a 64-megapixel primary camera with f / 1.8 aperture, 8-megapixel ultra-wide angle camera with f / 2.2 aperture, a 5-megapixel macro lens with f / 2.4 aperture and f / 2.4 aperture Includes 2-megapixel depth sensor. The pop-up camera module on the front includes a 16-megapixel selfie camera, which has an aperture F / 2.2. On the other hand, the Poco X2 has a 64 megapixel Sony IMX686 sensor. Its aperture is F / 1.89. It has a 2 megapixel macro lens, a 2 megapixel depth sensor and an 8 megapixel sensor with 120 degree wide angle. Poco X2 comes with dual selfie camera. The top edge is found on the right edge of the display. There is a 20-megapixel primary sensor and a 2-megapixel depth sensor. In Samsung phone, you will get 64 megapixel primary camera. Here Samsung ISOCELL Bright GW1 sensor is used. The camera setup has an 8-megapixel secondary camera. It has a 5 megapixel macro shooter and a 5 megapixel depth camera. The Live Focus feature is also given for the enhanced Bokeh effect. Samsung has also offered features like Night Mode, Super Steady Mode and Super Slow Mo. The Samsung Galaxy M31 smartphone comes with a 32 megapixel selfie camera. It is capable of recording 4K video.

For storage, the Motorola One Fusion + has a single 128 GB variant, which can be extended up to 1 TB via a hybrid microSD card solution. Poco X2 phones have three options for inbuilt storage – 64 GB, 128 GB and 256 GB. The Samsung Galaxy M31 has 64 GB and 128 GB UFS 2.1 storage. MicroSD card support up to 512 GB is available in both variants. For connectivity, all three phones come with Wi-Fi, Bluetooth v5.0, GPS, LTE, and a USB Type-C port for charging. In Samsung and Motorola phones, the fingerprint scanner is given on the back panel, while in Poco phones you will find it on the side. Talking about the battery, the 5,000 mAh battery in the Motorola phone comes with 15W fast charging support. The Poco phone battery is 4,500 mAh and it supports 27 W fast charging. This Samsung phone has a 6,000 mAh battery. The dimensions of the Motorola device are 162.9×76.9×9.6 millimeters and weighing 210 grams. The dimensions of the Poco phone are 165.3×76.6×8.8 millimeters and weighing 208 grams and finally the dimensions of the Samsung phones are 159.2×75.1×8.9 millimeters and weighing 191 grams.