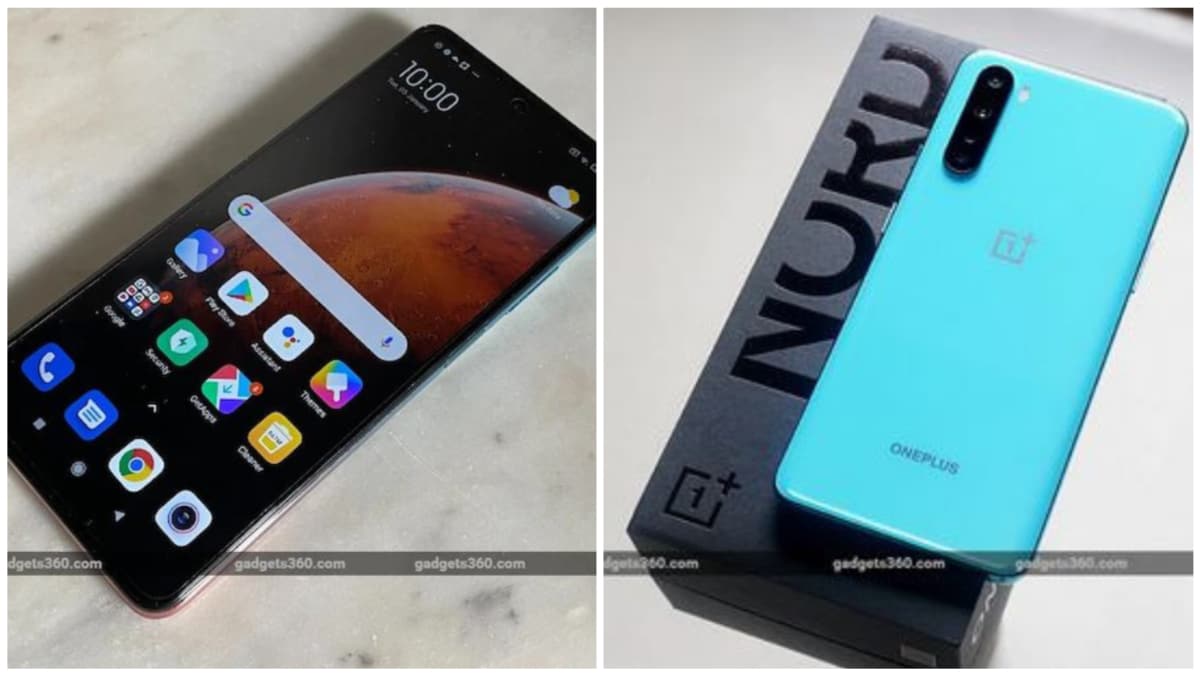 The Mi 10i smartphone has been launched as the company’s latest edition. The Mi 10i smartphone is the fifth phone in the Mi 10 series, before which the company launched the Mi 10, Mi 10 Pro, Mi 10 Lite and Mi 10 Lite Zoom Edition under this series. In this phone equipped with quad rear camera setup, you get 108 megapixel primary camera. Apart from this, it has a 4,820mAh battery, with which it has 33 watt fast charging support. Talking about the price, its price in India starts at Rs 20,999, in which the phone has 6 GB RAM and 64 GB storage variants. Apart from this, there are two more variants, the price of which goes up to Rs 23,999. This smartphone equipped with affordable price and flagship level features will give a tough competition to OnePlus Nord smartphone present in the Indian market.

We have compared the newly launched Mi 10i smartphone to the existing OnePlus Nord, to understand what aspects the new phone is competing with in the current OnePlus Nord. Which of these two smartphones will be beneficial for you in the price of Rs 20,000 to 25,000.

Mi 10i vs OnePlus Nord: Price

Mi 10i vs OnePlus Nord: Specifications

For photography, the M10i has a quad rear camera setup in the back of the phone. The phone has a 108-megapixel primary camera setup. It has Samsung HM2 sensor which comes with 1 / 1.52 sensor size, 9 in 1 pixel binning, 2.1um super pixels and f / 1.75 aperture. Apart from this, there is also an 8 megapixel ultra wide sensor, 2 megapixel macro lens and 2 megapixel depth lens. In the rear camera of the phone, you are getting features like Six Long Exposure Modes, HDR, Google Lens, Night Mode 2.0, Pro Mode, Panorama, Raw Mode and 4k Video Recording. The phone has a 16-megapixel camera for selfie and video calling, which comes with F / 2.45 aperture and 1.0 micron pixel size. The front camera has features such as Night Mode 1.0, AI Beauty, AI Portrait Mode, Full HD Video Recording.

The quad rear camera setup is also available on the rear of OnePlus Nord. There is a 48 megapixel Sony IMX586 primary sensor with F / 1.75 aperture. It comes with optical image stabilization. The camera setup has an 8-megapixel secondary camera, a 2-megapixel macro camera, and a 5-megapixel depth sensor. Dual selfie camera setup is available in OnePlus Nord for selfie and video calling. The front has a 32 megapixel selfie camera and the secondary camera is 8 megapixels. OnePlus Nord is equipped with features like UltraShot HDR, Nightscape, Super Macro, Portrait, Pro Mode, Panorama, AI Scene Detection, RAW Image and Ultra Wide Selfie. The phone has the ability to record 4K video.

In Mi 10i, the company has given a 4,820mAh battery, which supports 33W fast charging. Regarding the Mi 10i, the company claims that this phone will be charged up to 68 percent in 30 minutes. Apart from this, the phone will take a total of 58 minutes to charge 0 to 100 percent. The battery of OnePlus Nord is 4,115 mAh which supports warp charge 30T. For connectivity, the phone has 5G, USB Type-C port, 3.5mm audio jack, Wi-Fi, Bluetooth options. Connectivity features in OnePlus include 5G, 4G LTE, Wi-Fi 802.11 AC, Bluetooth 5.1, GPS / A-GPS, NFC and USB Type-C port.

The OnePlus phone also has an in-display fingerprint, while the M10i has a side-mounted fingerprint sensor.